The magazine lumped Old City’s Cole McCafferty in with Donald Trump's “weird little army” of child supporters — and could pay dearly for it. 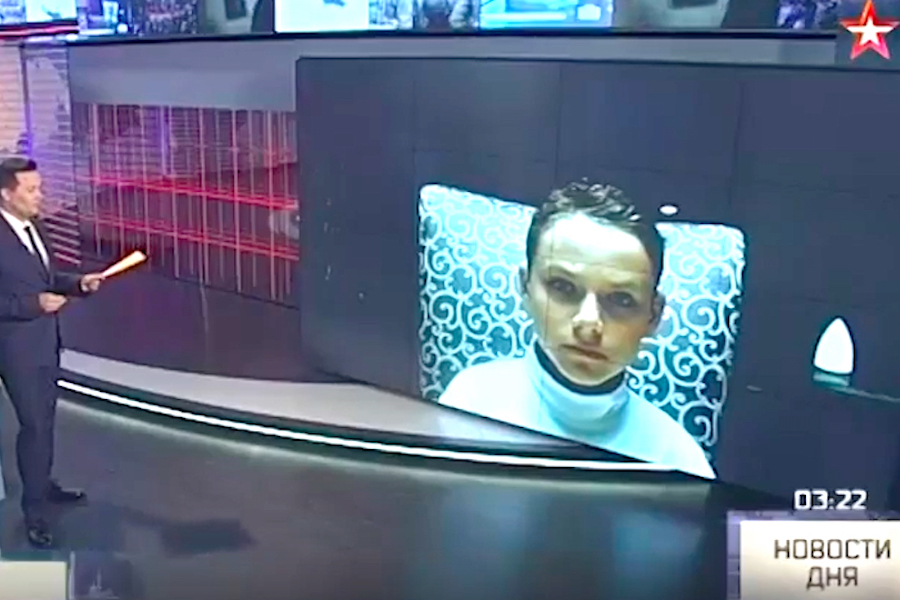 The once-venerated New York-based magazine Newsweek has its share of problems right now.

The editorial staff was recently gutted. The reporting quality has plummeted right along with the circulation. There are questionable ties to a religious organization. Oh, and then there’s the fact that the Newsweek office on Hanover Square was raided in January by the Manhattan District Attorney’s office.

They don’t make enough Ativan to deal with that level of organizational stress.

But all of this could be a handful of flea bites compared to one very precocious, very conservative 13-year-old from Philadelphia named Cole McCafferty, who is dragging Newsweek to court.

McCafferty and his parents have filed a libel and defamation lawsuit in Philadelphia’s Common Pleas Court against Newsweek over an article that appeared in a January issue that bore Steve Bannon on its cover.

The article, which appeared in print as “Trump’s Mini-Mes,” was about children who came out in support for — and, in some cases, who continue to support — Donald Trump.

Front and center in the print version of that article was McCafferty, who was depicted in the main photo holding up a Trump-Pence 2016 rally sign.

He was right across the spread from a photo of child Trump supporter Millie March (she’s the one who very controversially “interviewed” Roy Moore in December amid allegations that he had sexually assaulted underaged girls) with Fox News personality Laura Ingraham.

The magazine declared that both children, as well as others it alluded to, were examples of how the “alt-right” was “recruiting” kids for Trump’s “weird little army.”

And, apparently, McCafferty and his parents didn’t like it. Not one little bit.

But First, More About Cole

We first told you about Cole McCafferty last July, when we interviewed him — on the suggestion of his father, sports agent Brian McCafferty — about his vocal support of Trump. He was 12 at the time.

McCafferty first made headlines back in October 2016 after he posted a video on Facebook urging Pennsylvania coal miners to vote for Trump, because Hillary Clinton would “sell out” the miners.

The video was shot at the Coal Miner’s Memorial Monument in Nanticoke, Pennsylvania, the Luzerne County town where McCafferty’s grandmother lives, and in the video McCafferty explained that his great-grandfather had died of black lung disease. The video quickly gained tens of thousands of views.

McCafferty, who enjoys playing basketball in his spare time, also appeared in pro-Trump videos at Independence Hall and in front of the Rocky statue near the Art Museum. And then there was one video shot inside the Cathedral Basilica of Saints Peter and Paul, apparently during the Democratic National Convention in Philadelphia.

In that video, McCafferty called Hillary Clinton “deplorable,” borrowing the word she used for people who backed Trump, and he called her out for her “anti-Catholic bigotry,” as he put it. Back in November 2016, the cathedral video had some 300,000 views.

And once Trump was elected, McCafferty didn’t stop.

Using his social media accounts, via @ForColesFuture, the middle-schooler offered both praise for and concern over some of Trump’s policies and decisions. He went after liberal MSNBC personalities and celebrities like Madonna, suggesting that she “get out” of the country. (He would later describe the pop singer as “trash.”) And his following grew and grew.

By the time we caught up with him in July 2017, McCafferty’s fame had crossed oceans and continents, landing him on Russian television. An interview that he had done with a Russian newspaper distributed throughout the Northeastern United States had led to a sit-down with the controversial Russian television network RT. And when we spoke with him, he was hoping to visit the Russian embassy in Washington, D.C.

“I read his books,” McCafferty told us when we asked him how he had landed on Trump as his candidate. “Look, let’s be honest. Donald Trump is exciting. He’s fun to watch. He says it like it is, whereas you have these politicians who are all talk and no action. Washington is similar to a swamp. You have these corrupt low-life politicians, and we need to drain the swamp. And with the inauguration of President Donald Trump, we’ve made one big leap forward in wiping out corruption in the capital.”

After our interview, which his father sat in on, McCafferty joined bona fide Right Wing nut and conspiracy theorist Alex Jones on his show, Info Wars. That interview — you can view a portion of it above, should you so desire — came on the heels of a video Cole had recently released about the political firestorm surrounding the NFL, a video that, according to Jones, had gotten 7 million views on one platform alone.

During the Info Wars interview, which took place in October, Jones praised McCafferty as “the first young person, at age ten, to come out in support of the president” and noted that the boy was “loved all over the world except by fake news media.” Jones declared that McCafferty was an example to his own son. 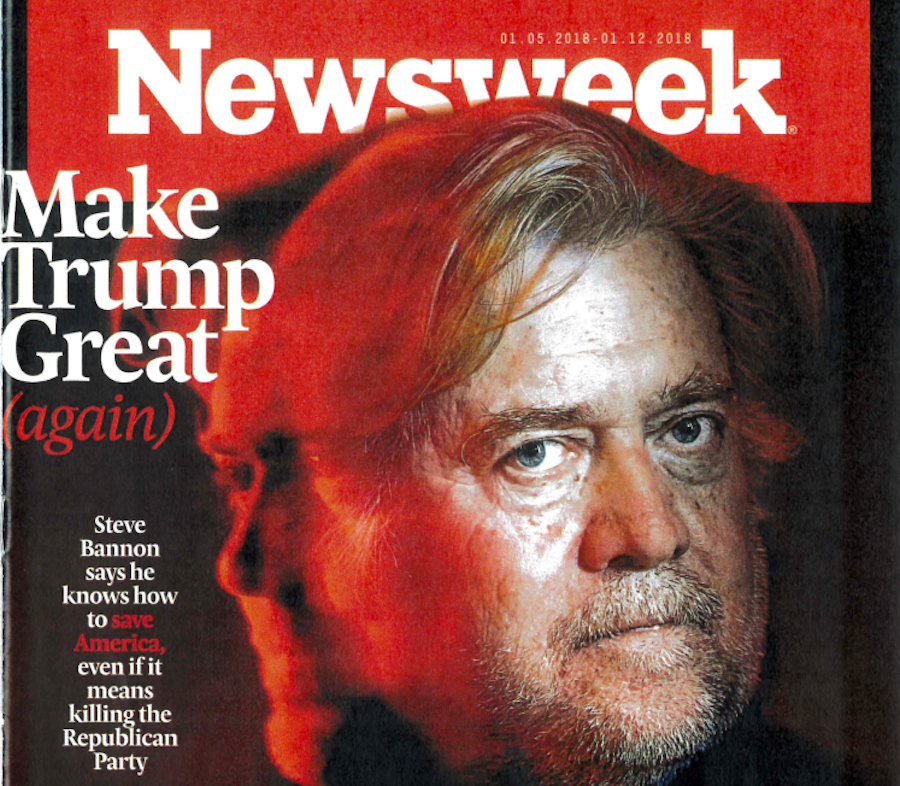 A portion of the cover of the January 5th edition of Newsweek that contained the story in question. (Image via court exhibit)

In the wake of the Alex Jones interview, and with Donald Trump firmly implanted in the White House, this Old City tween had become the most famous Trump supporter in the world who couldn’t legally drive yet. And so it’s no surprise that when Newsweek decided to do a story about kids who’ve stumped for Trump, they’d want to include McCafferty.

But the author, Canadian journalist Graham Lanktree, certainly interviewed other people for his two-page article. (When contacted by Philly Mag, Lanktree said: “I’ve been advised not to comment.”) Columbia professor Todd Gitlin, for example, had no shortage of things to say.

“These kids are being weaponized,” Gitlin told Newsweek, opining that interviews with kids like McCafferty “‘camouflage’ the political positions of the hard right ‘as feel-good sweetness and light, when, in fact, they are defending raw racism and sexual abuse.’”

“These kids are reveling in the chance to show off,” Gitlin continued, later in the story. “They’re getting the chance to be little celebrities. If a kid is … reading chapter and verse a text written by someone else, and is circumventing grown-up questions, then I think that’s bait and switch politics … There’s a sinister quality to this. Kids are being seduced with the promise of being celebrities. In this case, the instigators are recruiting for a sort of boys’ and girls’ auxiliary for what they believe to be a sacred crusade.”

According to the Newsweek website, the story originally went online on the morning of December 13th, just a couple of days after Millie March had interviewed Roy Moore.

The story currently appears online not as “Trump’s Mini-Me’s” but “Trump’s Child Crusaders” (the URL notably contains the phrase “Trumps Child Soldiers”), and it is unclear how the online story might have changed since it was originally published, but the following note appears at the bottom of the story on the site: “Update: This story has been updated to reflect the version in the January 5, 2017 issue of the magazine.”

The most notable difference between the digital version of the Newsweek story and the one that subscribers got in their mailbox? McCafferty’s photo does not currently appear in the online story.

Another big change since the Newsweek story first appeared in print: McCafferty has gone silent. He’s stopped doing interviews, and all of his social media accounts — Facebook, Twitter and Instagram — have disappeared, along with most of his videos. 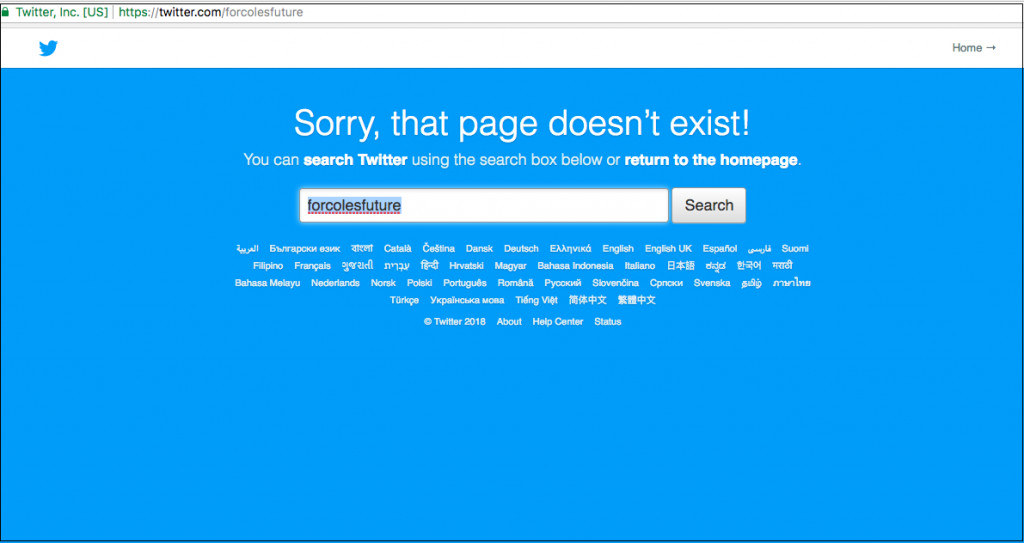 This is what you’ll see if you try to visit McCafferty’s old Twitter page.

We’ll See You in Court

“This is an incredibly dangerous case for the publisher,” offers Center City litigator Joe Marrone, who is not in any way connected to the case. “Because, really, when you come down to it, you’re dealing with the exploitation of children.”

The lawsuit alleges that much of the article is simply untrue and that it paints McCafferty as well as his parents in a negative light — both elements necessary to win a libel and defamation case.

The suit contends that McCafferty has never, among other things, been part of a “weird little army,” been “weaponized,” or defended racism or sexual abuse, and insists that he has never reveled in a chance to “show off” or been promised any type of celebrity status. He and his parents also claim that they never gave Newsweek permission to run the photo of McCafferty that appears at the top of the print story, although it’s not clear that they would have been required to approve of the photo, which appears to be owned by the international news agency Reuters.

“The truth behind Newsweek‘s sloppy, poor and sensationalist journalism reveals that Newsweek is doing to children exactly what it falsely claims others are doing, but to an unprecedented manner by improperly crying that [McCafferty] has been ‘weaponized’ by the alt-right to promote racism and sexual abuse,” reads the suit, filed by noted Beasley Firm lawyer Dion Rassias, who did not respond to multiple requests for comment. (Brian McCafferty declined to speak on the record about the lawsuit.) “The offending article contains a series of lies and innuendo for which the Defendant must be held accountable.”

The lawsuit also alleges that Newsweek “never even tried to contact” McCafferty or his parents, which, frankly, has us scratching our heads a little bit.

And attorney Marrone is quick to point out that the case was filed not in federal court, where it certainly could be heard, but in Philadelphia’s Common Pleas Court. The jury pool for Common Pleas comes only from Philadelphia itself and tends to be more pro-plaintiff, historically. Who can forget the $34 million (later reduced) that a local jury told the Inquirer to pay mega-lawyer Richard Sprague in his libel case against the newspaper?

“A jury would take one look at this case and say that Newsweek should have known better,” says Marrone, who adds that in addition to the print article, there’s also the digital version, which is still up, and which has been seen by potentially millions of people. “This isn’t just some magazine sitting in a doctor’s office somewhere.”

We asked Marrone what kind of judgment or settlement he would expect in a case like this and whether it could be enough to sink a ship like Newsweek, which is clearly already taking on so much water. (Publications typically carry some form of libel insurance, but it is unknown what Newsweek’s coverage might be.)

“They’ll write a very significant check,” Marrone told us. “I can promise you that.”