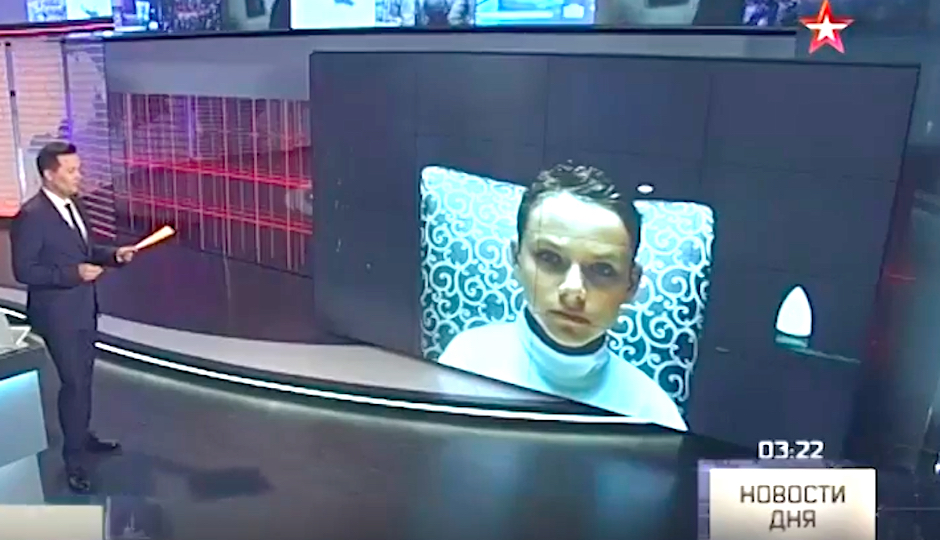 Most 12-year-old boys are spending the summer at camp, playing with their friends, or sitting in front of the Xbox all day. But not Cole McCafferty.

You see, the Old City middle-schooler runs his own pro-Donald Trump Facebook page, and with all the Trump-Russia news lately, Russian media has taken notice of McCafferty. He’s spent the last several weeks doing interviews with Russian outlets, including the controversial network RT News, and he plans to visit the Russian Embassy in Washington soon. On Friday morning, we caught up with McCafferty to learn more. His father — sports agent Brian McCafferty — was present for the entire interview.

How did all this Russian interest come about?
I did an interview with a Russian newspaper distributed all throughout the Northeast [region]. And then I had people coming up from Russian TV news working out of Washington. The real thing lasted three hours, but they got it down to seven minutes.

Any plans to visit? Have you been invited?
I’d love to go to Moscow. I’d like to visit Red Square, go to Lenin’s tomb. And then backtrack to St. Petersburg. I’ve heard they have some pretty amazing museums there. One is devoted entirely to medieval art. But no, no one has reached out to me yet to offer me a free plane ride to Russia, but, you know … 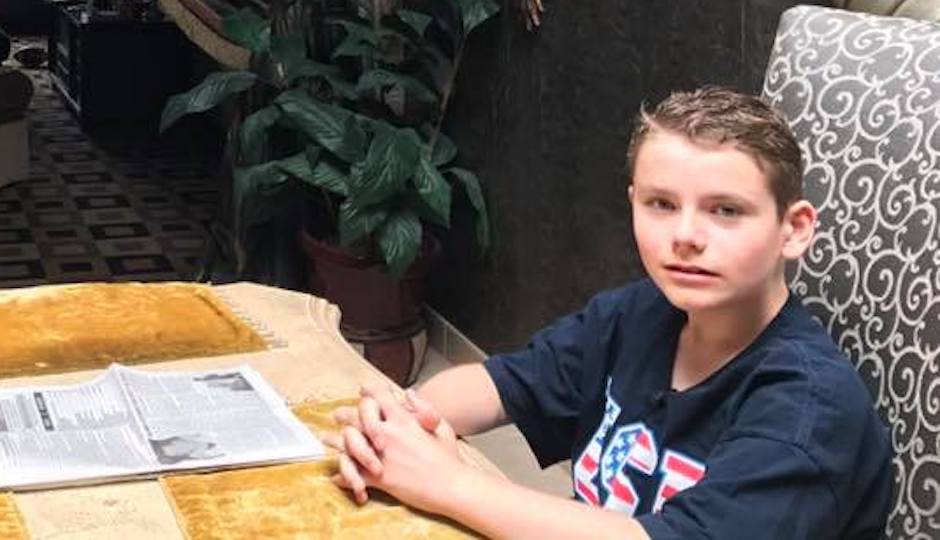 Most 12-year-olds couldn’t care less about politics. How did you become a Donald Trump supporter, and such a vocal one at that?
I read his books. Look, let’s be honest. Donald Trump is exciting. He’s fun to watch. He says it like it is, whereas you have these politicians who are all talk and no action. Washington is similar to a swamp. You have these corrupt low-life politicians, and we need to drain the swamp. And with the inauguration of President Donald Trump, we’e made one big leap forward in wiping out corruption in the capital.

Back when I first endorsed him, I was thinking about things like: Will I be able to get a job when I’m older? Will I be able to pay for an education? These were my concerns, and I saw no future in Hillary Clinton.

Where do you go to school, and how do the kids there feel about your politics?
I attend St. Mary’s Interparochial School at 5th and Locust. The kids are oblivious to all things that go on in Washington and in state government. But they don’t like Donald Trump. They … they sense something about him. But if I don’t bother them, they don’t bother me.

What about your extended family? Mine is very divided on Trump.
I have relatives in Wilkes-Barre and Nanticoke. They’re all Democrats. They think Trump is a racist. So it’s definitely divided.

I think some people must be wondering this, and I hope you don’t take offense. Are these your own, self-discovered beliefs and conclusions, or are you just supporting Donald Trump because these are the politics of your parents?
I think I’ve already answered this question. I supported Donald Trump after I read both of his books. They became my favorites. And when I heard Donald Trump declare his presidency, I realized that he says it like it is. Plain and simple. And that sounded OK to me.

Will Donald Trump make it through four years?
Donald Trump is doing great. He nominated Neil Gorsuch to the Supreme Court, he got us out of the Trans-Pacific Partnership, illegal immigration is down, the stock market is doing great, and unemployment is low. It’s a marathon. Not a sprint. And he has three and a half years left.

But will he survive for the whole term given all the talk right now about investigations and Russia?
There’s no clear evidence of Russia-Trump collusion. Let me outline this Donny Jr. thing for you. He met up with a Russian lawyer. It was a 20-minute meeting. This isn’t a crime. It was wrong and he shouldn’t have done it, but it’s not a crime. But she didn’t have the goods. It was ambiguous. There’s no evidence. And this doesn’t even count as illegal.

Cole, do you have any fun?
I play basketball and there’s school. Those two things engulf my life. And I make sure I send out tweets and Facebook messages often. But besides those three things, I have nothing else. I don’t hang out with friends.

I have to say, I was a little surprised when I looked at your Facebook page. I was expecting the wisdom of a precocious 12-year-old. But instead, what I saw was the same kind of vitriol — in your own words — that is tearing this country apart. Like where you call the MSNBC hosts “CRAZY” and where you say of Madonna, “Get out!” Isn’t that just mean?
Madonna needs to leave the country. That would help make America great again. She’s trash. She said she wanted to blow up the White House.

Yeah, I get that you feel that way, but isn’t there a way to intelligently express your opinion?
Look, it’s just a joke. They’re calling Donald Trump a psychopath. They say he’s mentally unfit. They’re demonizing the Republican Party. They’re saying most Republicans are racist. The people I talk about in these posts really have it coming to them.

Thanks, Cole. Try to enjoy your summer.
Thank you.