The rally will begin at 10 a.m. on Saturday in Old City. 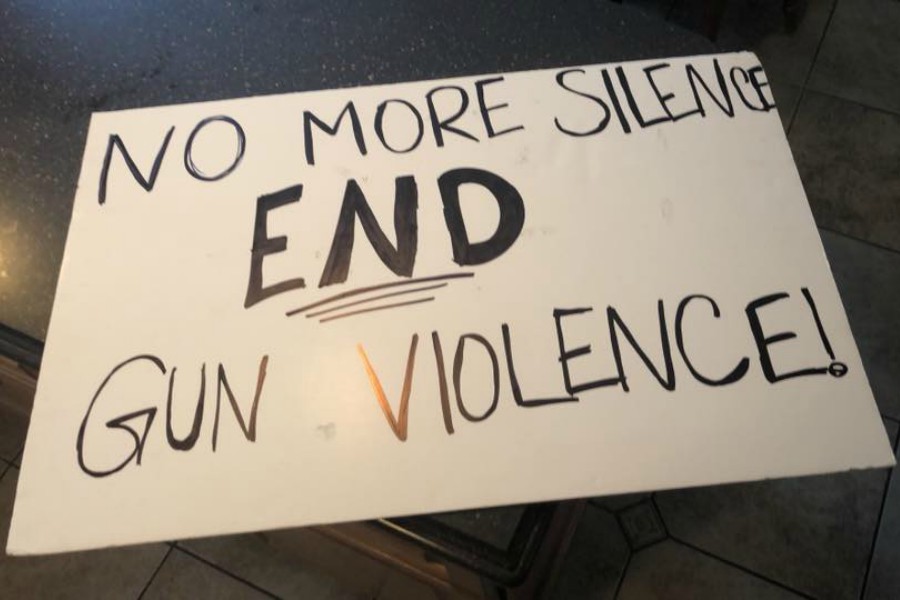 Marchers share photos of posters in a Facebook group before the rally. | Photo, poster by Lauren DeKlerk

Thousands of people are expected to gather in Old City on Saturday for the “March for Our Lives” rally against gun violence.

The demonstration, which comes more than a month after the Parkland shooting, will unfold as cities across the country march in unison for the same cause. Here’s what you need to know if you plan to attend.

How many people are going?

More than 3,000 people say they’re “going” to the Philly march, according to a Facebook page for the event. Another 7,000 say they’re interested.

8 MORE DAYS until March For Our Lives Philly! Let’s get out there and march for safety and change! Bring everyone you know who wants to stand up, make their voices heard, and end gun violence in our country! #neveragain #marchforourlives

Where and when does it start?

Participants will assemble at 9:30 a.m. at 5th and Market streets. The march will begin at 10 a.m.

Marchers will head east on Market Street from 5th Street and eventually make their way to Front Street. They’ll head south along Front Street to Dock Street, then head east, eventually hitting Columbus Boulevard, where they’ll walk south to Lombard Circle. A rally will commence at Lombard Circle at 11:30 a.m. It’s expect to end at 2 p.m.

Any public safety issues I need to know about?

The march should be pretty standard. You can bring bags and backpacks — but the city is asking participants not to leave any bags of items unattended.

The route and rally could get congested. If you’re bringing children, be sure to keep an eye on them at all times and make a plan for where to meet if you get separated.

Otherwise, the area above the route is designated as a “No-Drone Zone” — so no drones.

Are there road closures that I need to know about?

Of course! Road closures and parking restrictions will be place to ensure the safety of the participants and the public. If you’re planning to drive in the area, expect delays and perhaps use an alternate route. Also, don’t double-park.

Per the city, the following streets will be closed between 6 a.m. and 6 p.m. on Saturday:

The following streets will be closed between 8 a.m. and 11 a.m. on Saturday:

Streets will reopen as the march progresses.

Where are the parking restrictions?

You can’t park on the following streets between 5 a.m. and 6 p.m. on Saturday:

Do I need to know anything about public transportation?

If you’re taking the bus, yes. Street closures will detour some bus routes in the area between 6 a.m. and 6 p.m. on Saturday. For a list of detours, visit SEPTA’s website.