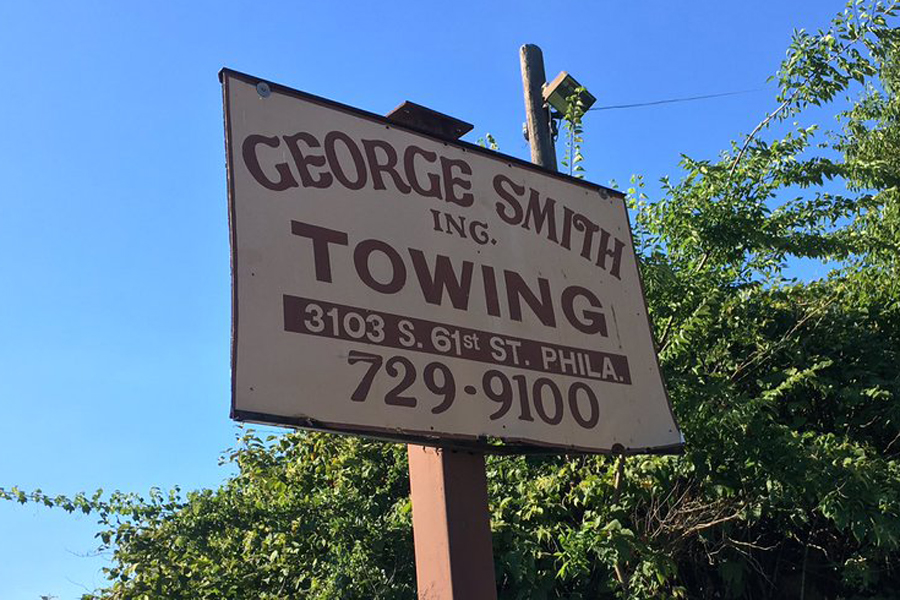 At a press conference in Southwest Philadelphia on Monday morning, Pennsylvania attorney general Josh Shapiro announced that the state had secured full restitution for 28 victims of an illegal towing scam perpetrated over the years by George Smith Towing Inc. (We’ll just go ahead and assume you’re familiar with their signs.)

“Parking in the city is hard enough without the threat of your car being illegally towed,” Shapiro said. “This settlement is about protecting consumers from illegal conduct — and getting them restitution. We’ll fight for every consumer who files a complaint with our office. In this case, we’re getting each consumer full restitution after their cars were wrongly towed — $205 apiece.”

An investigation was launched into George Smith Towing by the attorney general’s office in 2017 after several complaints were filed regarding the company’s seemingly illegal business practices. The outcome of that probe found that George Smith Towing:

The terms of the settlement stipulate that the company, owned by Anthony D’Angelo, will pay a total of $13,756 for violating Pennsylvania’s Unfair Trade Practices and Consumer Protection Law, the Towing and Towing Storage Facility Standards Act, and Philadelphia’s towing ordinance, according to the state Bureau of Consumer Protection.

“We believe there may be additional victims of this towing scam,” Shapiro said. “If you believe you’ve been harmed, I want you to call my Bureau of Consumer Protection or email us before the April 29 deadline to file a complaint.”

In addition to fines and restitution, D’Angelo agreed that George Smith Towing will not violate the state’s Unfair Trade Practices and Consumer Protection Law or any towing laws in the future.

“I was outraged when I learned my car had been towed after being parked only 10 minutes,” said Meredith Cohen, a Temple University student whose car was towed last October. “I thought there was no way to ever get my money back. But Attorney General Shapiro held this business accountable. I’m grateful his Bureau of Consumer Protection was able to get me a full refund.”