The measure comes roughly a week after President Trump accused the Pa. senator of being "afraid of the NRA." 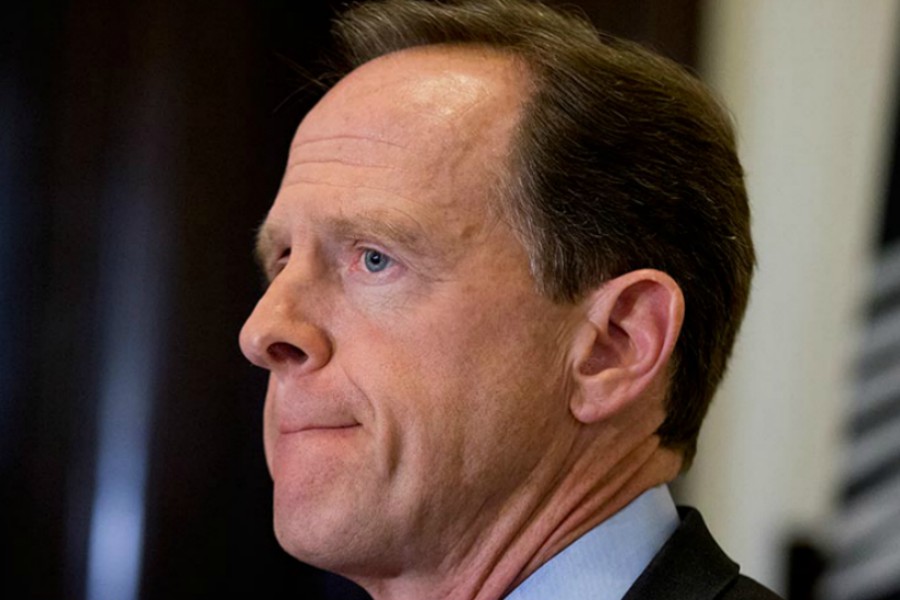 The measure, known as the NICS Denial Notification Act, would require the FBI to “alert state law enforcement within 24 hours when individuals ‘lie and try’ to purchase firearms, which can be a warning sign of criminal behavior.” State authorities could then decide whether to investigate, prosecute, or monitor those individuals.

Thirty-seven states, as well as Washington, D.C., currently rely on the FBI to run background checks for gun purchases. Therefore, state authorities aren’t always aware of when someone who is prohibited from buying a gun fails a background check. (Lying in your background check is already a federal felony, but those who break the law typically go unpunished.) As a result, Toomey said, “these states and D.C. lack critical law enforcement intelligence that they could use to try to keep their communities safe.”

This bipartisan bill is a critical step forward in helping to ensure that our communities can be safe from criminals. Learn more about the NICS Denial Notification Act: https://t.co/o36SYXT1eb

Toomey’s measure adheres to the Justice Department’s recommendations for new gun policy in the wake of the Florida school shooting, as reported by the New York Times. But increased attention on background checks would not have deterred 19-year-old Nikolas Cruz, the suspect charged with killing 17 people in a Parkland high school last month, according to the newspaper.

Per a statement from Toomey, the bill would also require the Justice Department to publish an annual report with statistics about its prosecution of background check denial cases, so that “Congress and voters can hold federal officials accountable.”

Last week, President Donald Trump accused Toomey of being “afraid” of the National Rifle Association after noting that a bill that the senator sponsored in 2013 did not include a provision that would raise the age for individuals to purchase rifles from 18 to 21. Trump has (perhaps surprisingly) called for “comprehensive” gun reform after the Florida shooting.

In response to Trump’s comments, Toomey said he “stood up to the NRA” when he proposed such legislation, which would have expanded background checks for firearm purchases after the Sandy Hook Elementary School shooting in 2012, per CNN. The NRA opposed the bill, which failed to clear the Senate.

Toomey reportedly added that he was skeptical of but willing to consider raising the age limit for purchasing rifles.

Coons: This is a bill that could get passed by unanimous consent. Toomey: Legislation that can find 60 votes in the Senate is legislation @realDonaldTrump would support. #guncontrol pic.twitter.com/HCnLX1q0ML

The most recent bill is co-sponsored by Toomey, Coons, Republican Sen. Marco Rubio of Florida and Democratic Sen. Bill Nelson of Florida. The Fraternal Order of Police has endorsed the measure.