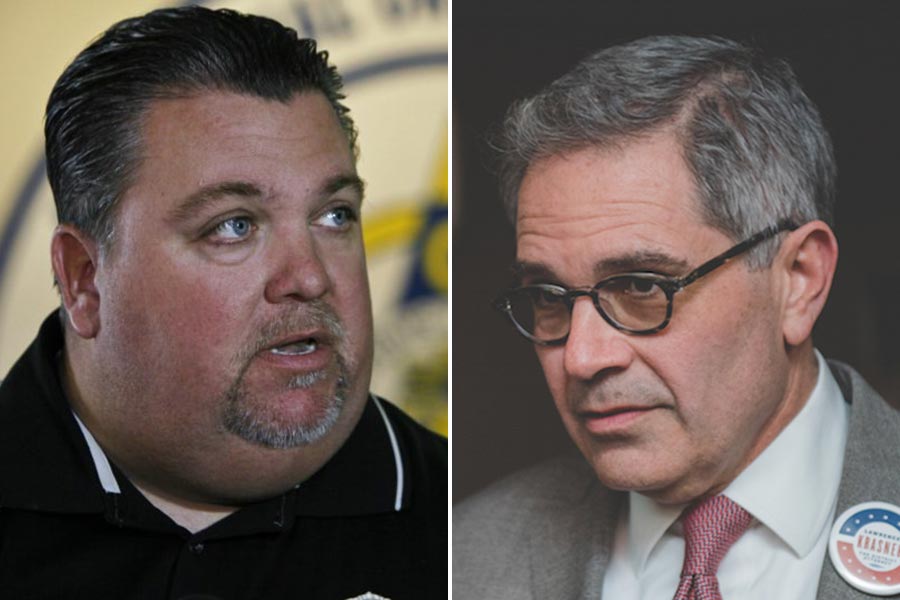 The brash leader of Philadelphia’s Fraternal Order of Police union freely labeled the progressive Democrat as “anti-law enforcement” during his campaign and even once referred to Krasner supporters as “the parasites of the city.” A truce was reportedly brokered between the two sparring officials last spring, but it now seems a chill has once again descended over the relationship following Krasner’s address to cadets at the police academy earlier this week.

“On Wednesday, District Attorney Krasner spoke by invitation to a group of cadets at an event organized by the Guardian Civic League, an organization of African-American police officers,” DAO spokesman Ben Waxman said in a release. “During that event, he laid out several hypothetical scenarios where the DA’s office would charge or not charge officers based on the facts and the law. As part of those examples, he talked about the use of force in different situations … The purpose of the event was to assist young officers in avoiding problems during their careers.”

Apparently taking exception to the DA’s speech, McNesby penned a scathing letter that trashed Krasner and advised all recruits to completely disregard his “ridiculous and dangerous” remarks. 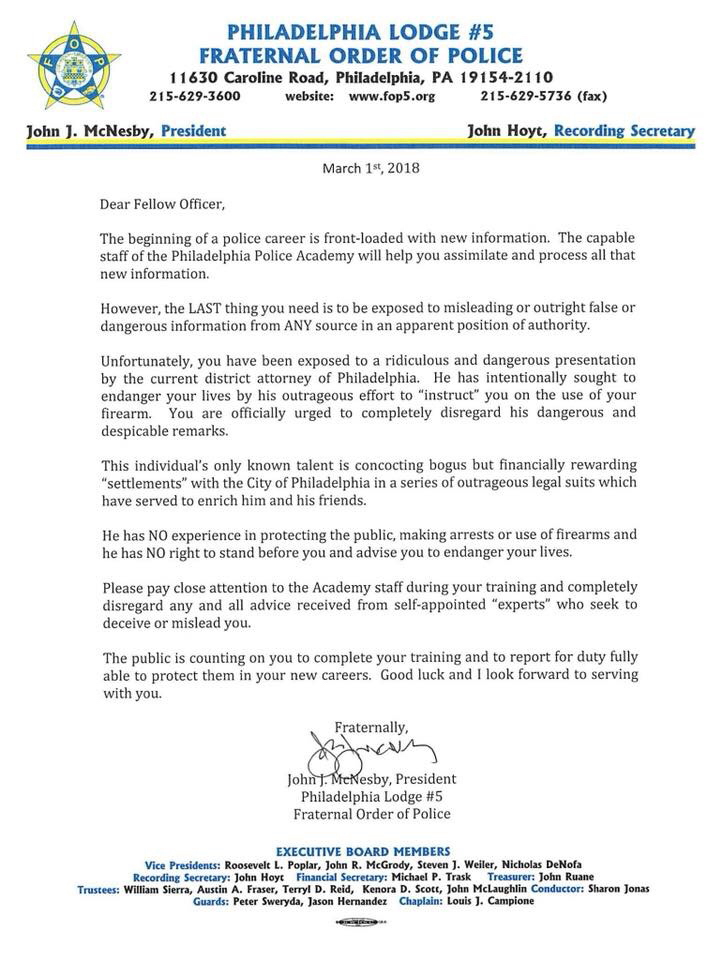 Waxman took to Twitter to offer an official response from the district attorney’s office, in which he called the contents of McNesby’s letter “a total fabrication.”

.@FOPLodge5 released quite a statement today about Larry's speech to cadets, claiming he intentionally sought to endanger [their] lives" by instructing them on how to use their firearms. There is one problem: It's a total lie.

Here's the bigger problem for @FOPLodge5: There is a video of Larry remarks to the cadets. It shows that the letter released by @FOPLodge5 is a total fabrication.

We invited @john_mcnesby to come down to the DA's Office tonight or tomorrow morning to view the video of Larry's remarks. He declined.

You can check out a video of Krasner’s speech and hear for yourself below: