A firearm owner himself, the defensive end doesn’t think arming teachers is a good idea at all. 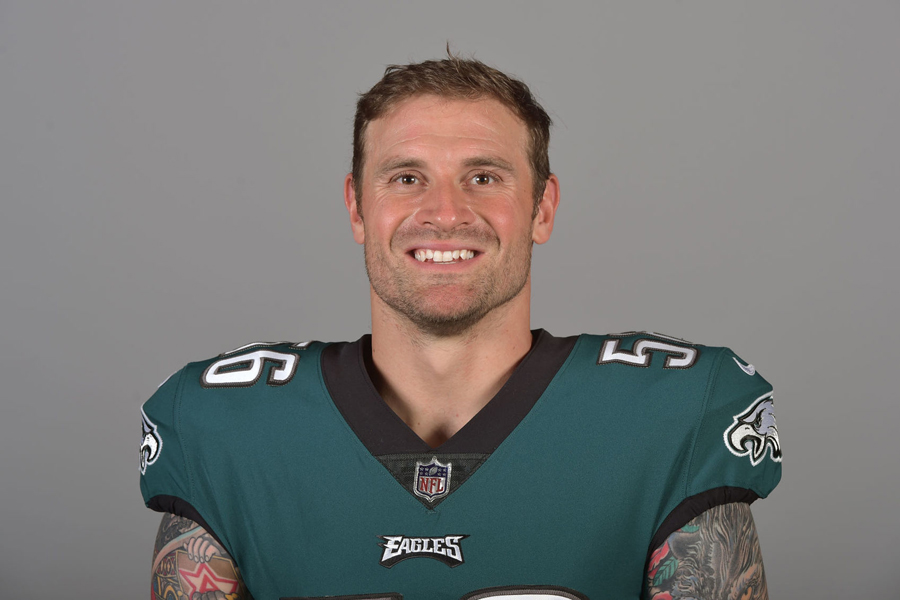 Fresh off of climbing Mt. Kilimanjaro for charity, Eagles defensive end Chris Long returned to a country engaged in a heated debate over the potential arming of teachers in the wake of the shooting at Florida’s Marjory Stoneman Douglas High School on February 14th.

Spurred by news that lawmakers in the Sunshine State have advanced a bill that would establish a $67 million program to train teachers and give them guns, the outspoken Long — a firearm owner himself — went on social media to share his thoughts and debate followers. 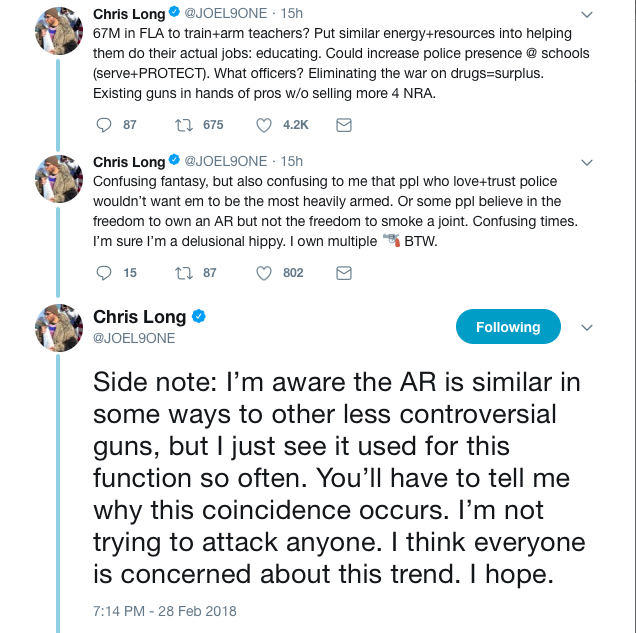 Predictably, fans that disagreed with Long’s thread on guns felt the need to chime in — and the lineman was happy to respond. 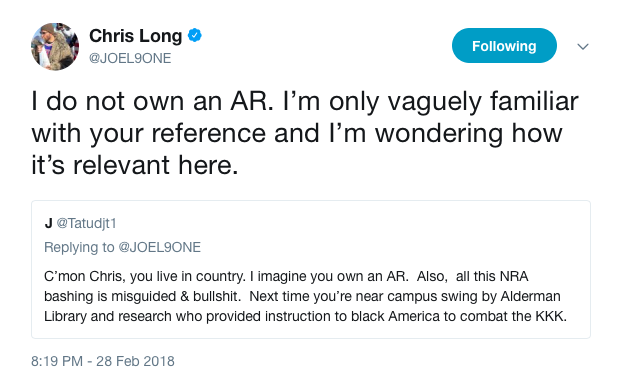 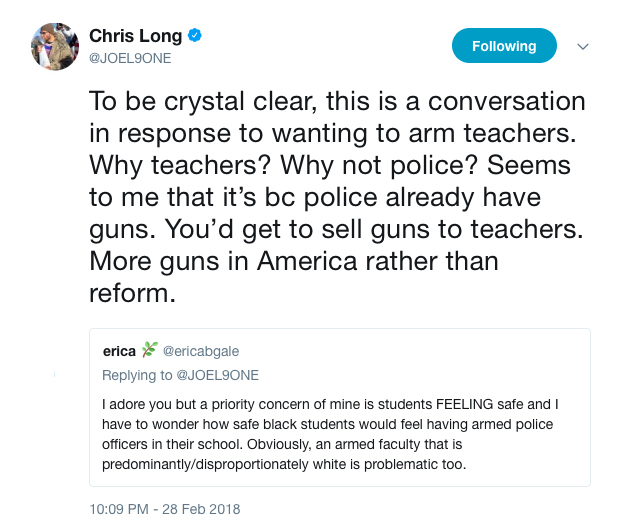 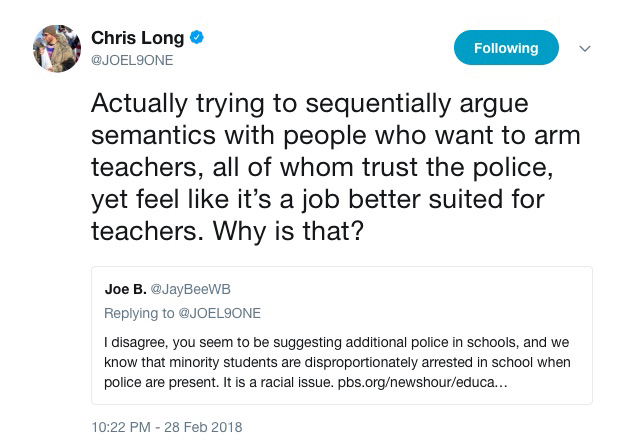 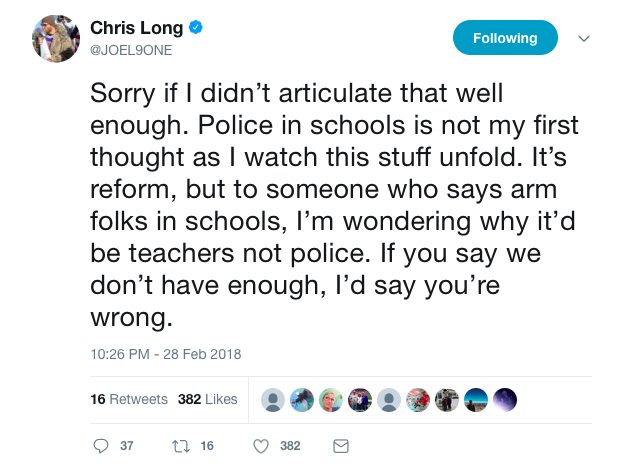 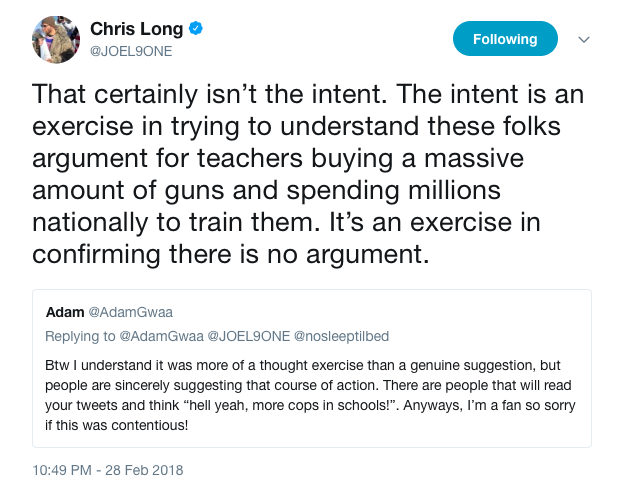 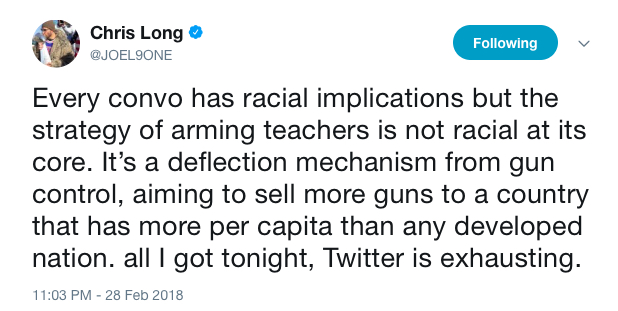 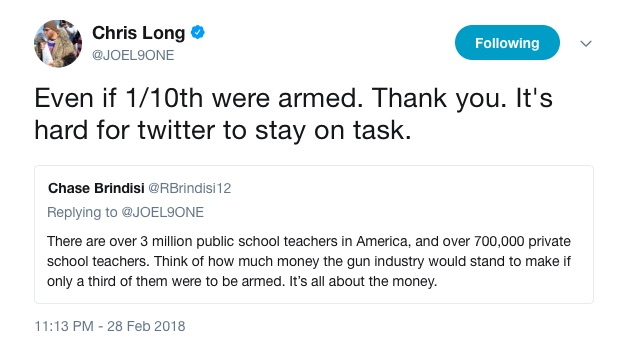 Did Long’s remarks change any minds? Probably not. However, he should be applauded all the same for advancing the dialogue on a critical issue facing our country today. While most athletes would simply state their opinion and leave the debate for followers, Long is a perfect example of what civil discourse should look like.