Philly Teachers Respond to Calls for Guns in Schools

In the wake of the Florida shooting, educators in Philly are using #ArmMeWith to stand against the idea of bringing weapons to schools. 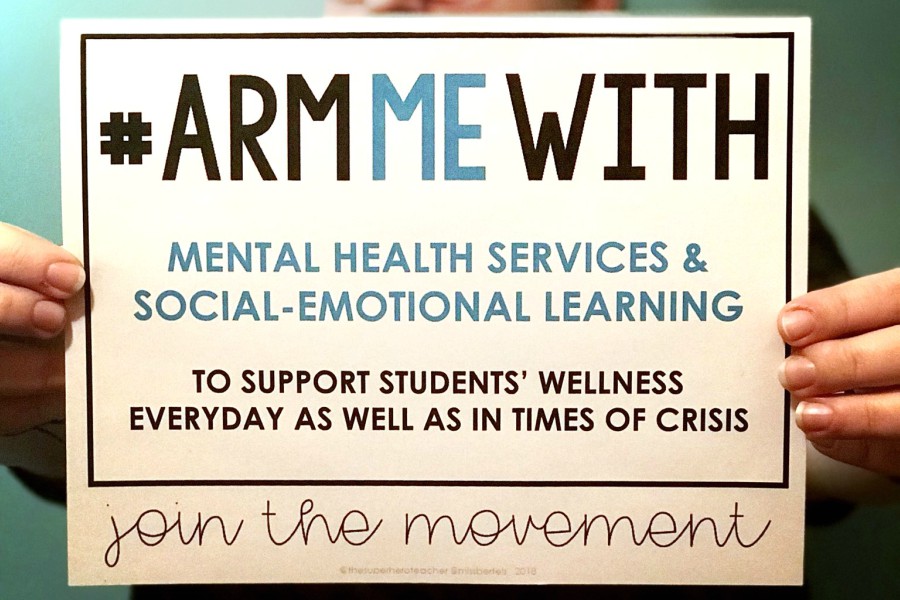 In the wake of the Florida school shooting, one of the deadliest in modern American history, conservative legislators and others say they want to arm teachers with guns.

President Donald Trump recently said he would consider allowing teachers to arm themselves and undergo gun training, claiming that people who carry out school shootings are “cowards … They’re not going to walk into a school if 20 percent of the teachers have guns,” according to CNN. Just outside Philly in Delaware County, Upper Darby police superintendent Michael Chitwood touted the idea on Monday, per 6ABC, arguing that teachers would be able to fight back if a shooter entered their school.

Pennsylvania law does not allow anyone to carry guns on school grounds, despite some unsuccessful bills proposed by Republicans that have attempted to change that. But across the country, lawmakers in at least half-a-dozen states, including Florida, are considering easing restrictions on firearms on campus.

The problem? Many teachers don’t want to be armed. They, as well as some students who lived last week’s shooting at Marjory Stoneman Douglas High School, believe militarizing schools would only actually exacerbate the problem, especially considering the fact that many teachers fear they wouldn’t know how to handle a weapon in such a high-intensity scenario. (It’s worth noting that the only armed sheriff deputy at the school where the shooting occurred took cover when the massacre began and never went in the building to attempt to stop the killing, according to the county’s sheriff.)

Teachers across the country and in Philly and New Jersey are using #ArmMeWith on Twitter to stand against calls for guns in schools. Seems like, for the most part, they’d rather be equipped with resources and funding to help students experiencing racial inequity and mental health issues – and more school supplies.

#armmewith Social workers & counselors to assist my youngsters dealing with trauma, enough Ts to have class sizes smaller than 32 students, qualified Ts who teach culturally relevant lessons and love our kids, decent food in the cafeteria so the kids aren't hungry. #icouldgoon

#ArmMeWith weapons of mass INSTRUCTION, like the technology to better prepare my students for the 21st century and smaller class sizes to promote a more tailored learning experience for each of my kids. Strapping me with a weapon is about as useful as a box of broken hammers.

I wrote about why the answer to gun violence isn't more guns in schools, and what you could #ArmMeWith instead. #NeverAgain #phled https://t.co/jO1L8x5BIR

#armmewith a country that prioritizes one american’s right to live and breathe, even over another’s right to hurt and kill. pic.twitter.com/HLgKpu9l4l

#ArmMeWith support from both administration and parents so that we can work together for the students instead of leaving teachers no authority or creativity.