Police and PECO are investigating the Thursday-morning incident near 3rd and Market streets. 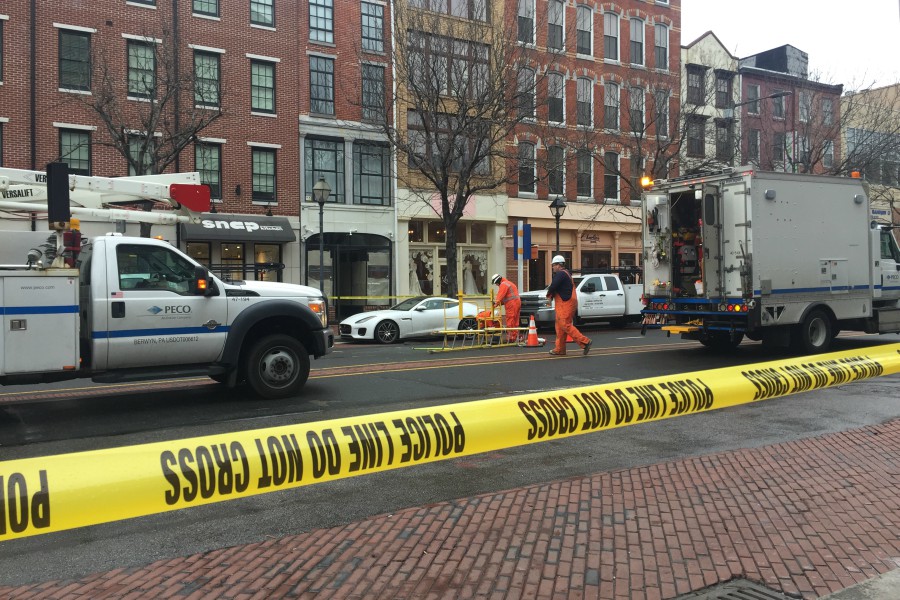 PECO workers investigate the cause of explosion.

A manhole explosion closed a section of Market Street in Old City on Thursday morning.

Police and pedestrians were called to 3rd and Market streets shortly after 9 a.m., when witnesses say a manhole cover shot out from the ground and landed nearby, smoking. No one was hurt in the incident.

Market Street is closed between 2nd and 3rd streets. Several police officers and firefighters continued to monitor the area around noon while PECO workers investigated the issue. Officials say they’re not sure when the road will reopen.

Manhole cover that blew past 9am still smoldering underground. Market Street shutdown between 2nd&3rd Streets as @PhillyFireDept and @PECO crew on scene to figure what caused underground blast. No one hurt @FOX29philly pic.twitter.com/CRGrG8G59a

Kristina Pappas, a spokesperson for PECO, said underground pressure can cause manholes to explode.

Several SEPTA bus routes are following detours in the area.

Firefighters were also brought to the area this past weekend, when a four-alarm fire ruined an apartment building and several businesses nearby.