The incident at a Mastery Charter K–8 campus happened a day after the Florida school shooting. 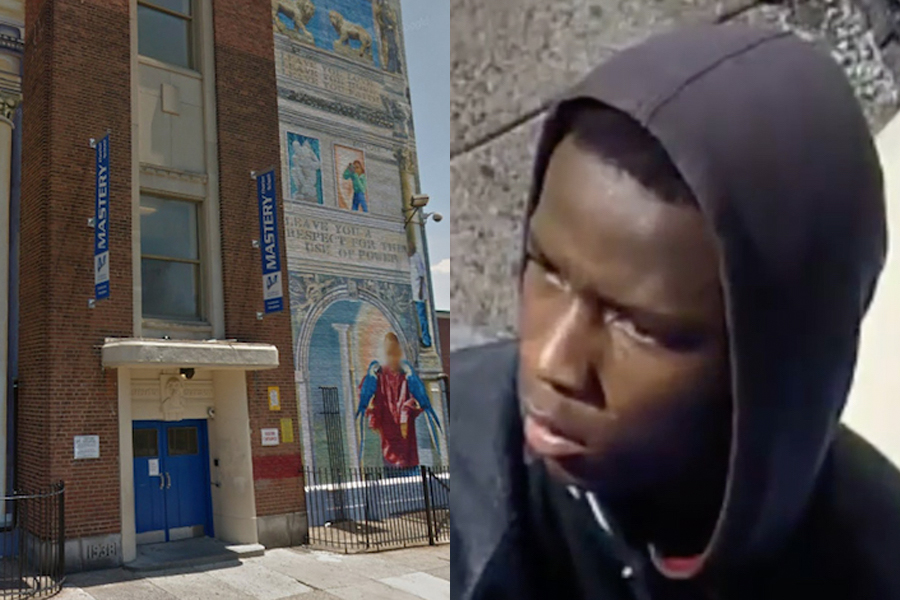 Police are seeking the public’s help in identifying a teenage boy who attempted to bring a gun into a North Philadelphia charter school one day after a lone gunman killed 17 people and wounded dozens more at Marjory Stoneman Douglas High School in Parkland, Fla.

Surveillance video captured the suspect appearing to rack the slide on a silver handgun before attempting to enter the 22nd Street entrance of Frederick Douglass Mastery Charter School, a K–8 school at 2118 West Norris Street, at about 3:20 p.m. on February 15th. The boy then conceals the weapon in his jacket pocket, but was denied entry to the school due to its doors being locked.

The teen quickly left the area and was last seen headed south on 22nd Street. No shots were fired.

Police have described the suspect as an unknown black male believed to be between 13 and 16 years old. He’s approximately 5’5’’ tall with a thin build and dark complexion. He was wearing a black and gray jacket, dark-colored hoodie, black plants, and black sneakers at the time of the incident.