Wednesday's tragedy in Broward County is the 18th school shooting this year. 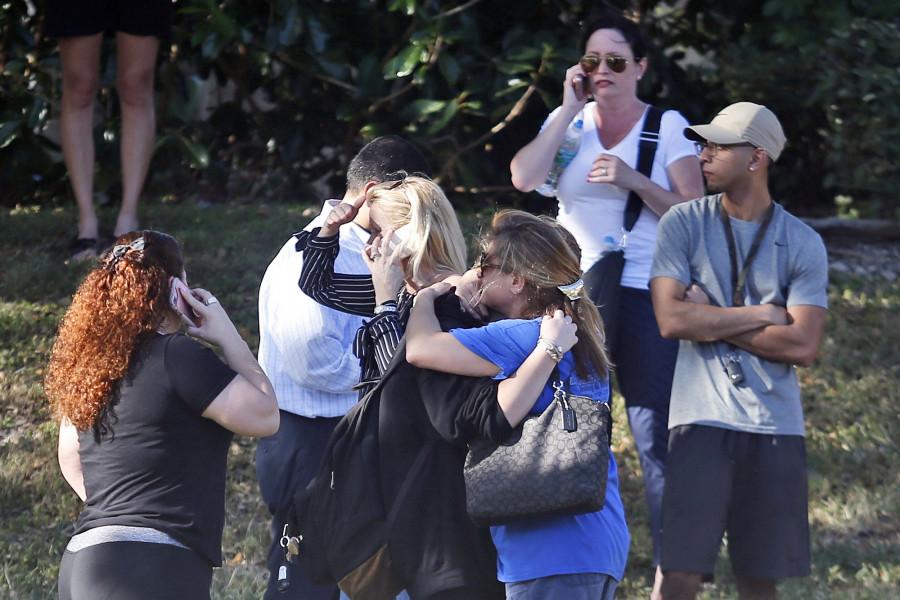 With 17 reported casualties, the massacre at Marjory Stoneman Douglas High School in Parkland, Florida, on Wednesday stands as the deadliest school shooting to occur in the U.S. in the past five years. In addition to joining the list of the country’s 10 worst mass shootings, the tragedy is also the 18th school shooting this year.

Nineteen-year-old Nikolas Cruz, a former student once expelled from Douglas High, was taken into custody by law enforcement and now faces 17 counts of premeditated murder. Officials tell AP Cruz legally purchased the AR-15 assault rifle used in the attack about a year ago.

Philadelphia leaders took to social media to weigh in on what has become a disturbing trend.

This is not normal. Schools should be safe havens, not scenes of senseless violence. For everyone in Parkland, Florida or who has lost someone in this horrific tragedy, please know the people of Philadelphia are heartbroken for you and your families.

So explain to me why Congress won't act on expanding background checks. And those AR-15's. Why are they essential to Americans' well being? Anyone?#schoolshooting

My heart breaks for the families of victims in Broward County Florida tonight. Another high school shooting, this one near Miami, has left 14 people dead or injured. It's so horrific every time one of these incidents happens. pic.twitter.com/FGw2CBy61X

Heartbreaking news from Florida. This is the 18th school shooting in our country In 2018 — and it's only February 14. We need action to protect our kids now.

Frances and I are heartbroken by the news coming out of Florida this evening. As a parent, the worst feeling in the world is worrying your child may not be safe. No child should have to fear going to school. Please join us in praying for the victims and their families.

I pray for the families whose lives have been shattered by yet another school shooting –18th of 2018. Congress must do its part to confront these senseless tragedies. Inaction is unacceptable.

Prayers up for the Parkland high victims and their families

Good God. Another school shooting. 17 die. GOP will say victims are in their "thoughts & prayers" and then do 0! How many more b4 they act!

Please read!! Good must raise up to crush this disgusting evil ! The children in our schools deserve https://t.co/K7DKndQeje https://t.co/E3mIOty3UB