#FreeMeekMill Just Got a Shoutout From the Winter Olympics

A 19-year-old Slovenian olympian sported the hashtag on his snowboard in South Korea. 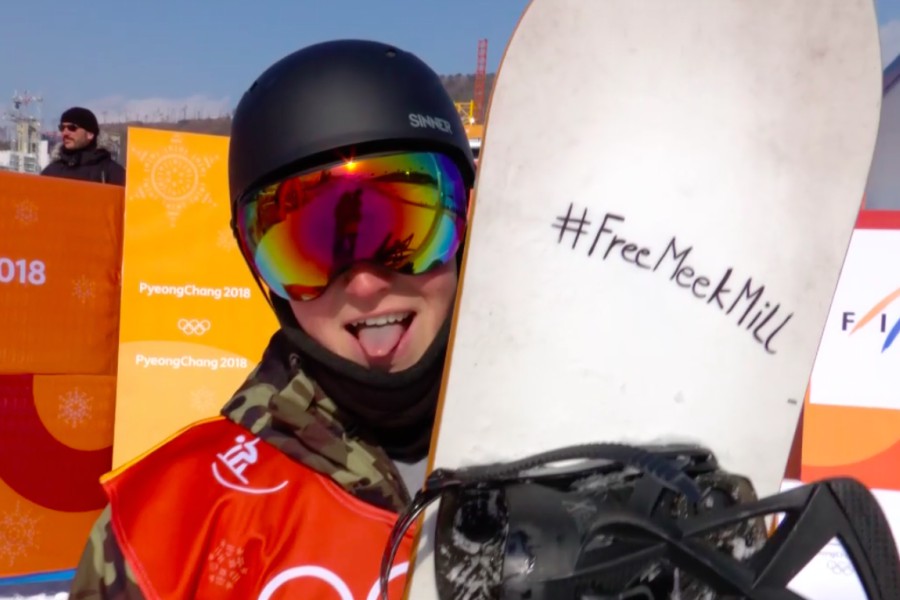 You probably don’t know Tit Stante. But soon pretty much all of Philly will.

The olympian from Slovenia just gave Philly’s most prominent rapper (at least as of late) a shoutout all the way from Pyeongchang, South Korea. During the Olympic halfpipe qualifiers, he showed off his board, on which #FreeMeekMill appeared freshly written for the camera. You can watch the recap via NBC (fast forward to about 1 hour and 57 minutes in).

Stante, who is 19 years old, didn’t exactly stand out during the snowboarding competition (he finished 25th, so he won’t advance). But his message for Mill is certainly making the rounds.

Activists, fans and celebrities around the country have rallied behind Mill since he was sentenced to two to four years in state prison for repeatedly violating probation due to a 2009 conviction for gun and drug charges. Many of them say Mill’s sentence exemplifies racial inequalities in our criminal justice system. Others argue that he isn’t the poster child for such injustices. Either way, Mill’s sentence has been all over Philly and national news – and it sure has been an strange, interesting story to follow.

This most recent update seems to indicate that Mill’s saga is taking a turn not unlike that of Mumia Abu Jamal, the imprisoned former Black Panther and reporter who was charged with murdering a Philly police officer in 1981. Jamal was originally sentenced to death, but he was given life imprisonment without parole in 2011 after numerous appeals. He’s been described as “perhaps the world’s best known death-row inmate,” and around the world, celebrities, crowds of college students and activists who claim he is innocent have rallied behind him, sporting his image and “Free Mumia” on T-shirts.

Regardless of how international Meek’s saga goes, he’s certainly beloved in Philly right now. His “Dreams and Nightmares” is the city’s de facto Super Bowl anthem.