Clay: Philly's criminal justice system has screwed over countless people. Mill isn't one of them. 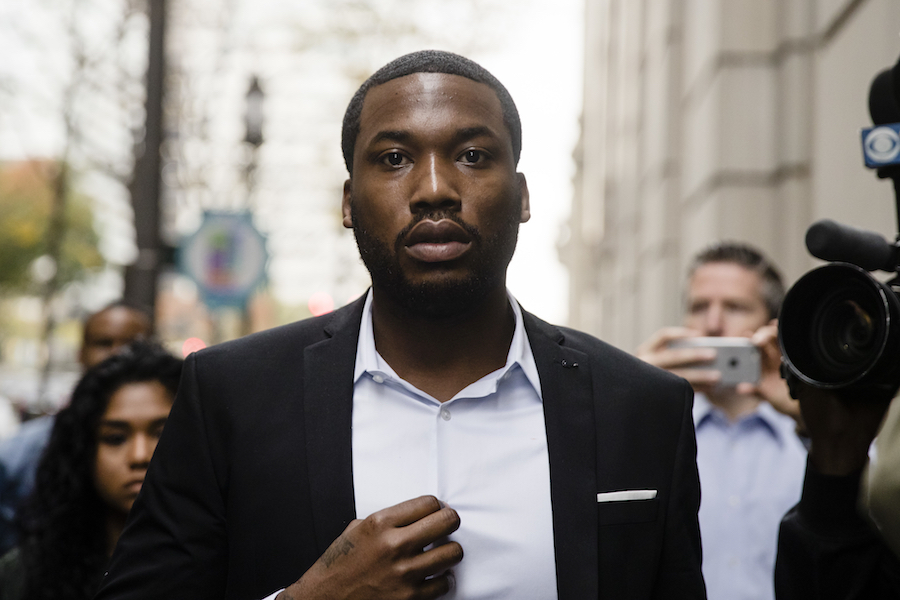 I was sitting in the Marriott hotel at 12th and Market on Monday shortly after the #FreeMeekMill rally at the Criminal Justice Center when a large group of mostly African-American young people rolled into the lobby.

Holding signs saying things such as “We Support You Meek” and “The System Is Rigged,” the supporters of the rap artist who was recently sentenced to two to four years for violating his probation milled around, took selfies, and charged their phones using whatever open outlet they could find.

(Usually, the Marriott has a surge protector installed in the lobby. It was conspicuously absent Monday. I wonder why … )

Also among the hundreds of people who gathered in front of the Criminal Justice Center were Philadelphia Eagles safety Malcolm Jenkins and wide receiver Torrey Smith, rappers Rick Ross and Freeway, and NBA legend Julius Erving. Considering I hadn’t seen any of these folks at #PhillyIsCharlottesville, Justice for David Jones, or any of the other rallies for criminal justice that I’ve covered here in Philly, that was fairly significant.

Heck, there were even tweets of support for the rally from Black Thought from The Roots and GQ magazine’s Citizen of the Year Colin Kaepernick.

On one level, I get it. These are the circles Meek Mill travels in. I mean, hey, what made one of his court appearances noteworthy was the appearance of Nicki Minaj, his girlfriend at the time.

But when I see hundreds take to the streets decrying the treatment of a guy who has been inventive in his flouting of Judge Genece Brinkley’s rulings in his case, I’ve gotta question the logic.

Meek Mill isn’t one of them. So the fact that this is the criminal justice hill on which folks appear to want to die really bothers me.

Let’s be honest here. Meek Mill and his group of attorneys have spent more time in Judge Brinkley’s court than a little bit over the years.

This is because Meek decided somewhere along the way that the rules of probation didn’t apply to him. From turning in a cup of cold water to mask a “dirty” urine test to going on tour without the judge’s permission to riding a dirt bike on the streets illegally, Meek has thumbed his nose at Judge Brinkley on the regular.

He thought that his money, lawyers and ability to make lyrically indiscernible rap so weak that he got smacked around by the likes of Drake (!) would keep him out of jail.

It won’t. And Meek is about to have the next two to four years to figure that out.

Don’t come at me about the sentence being unfair, either. Are you forgetting that one of the seven felonies that Meek was convicted of was possession of an illegal gun?

Meanwhile, those working toward criminal justice reform have to fight to keep the movement from being TMZ-ed — and I’m really angry about that, because I think it’s wrong that the movement to truly overhaul the criminal justice system has been hijacked by a dude who couldn’t even beat Drake in a rap battle.

So do us both a favor, okay? If you’re going to come up to me talking about #FreeMeekMill, don’t … unless I can count on your presence at a rally for someone truly victimized by the criminal justice system.