The Crisco turned out to be about as effective as Velcro. 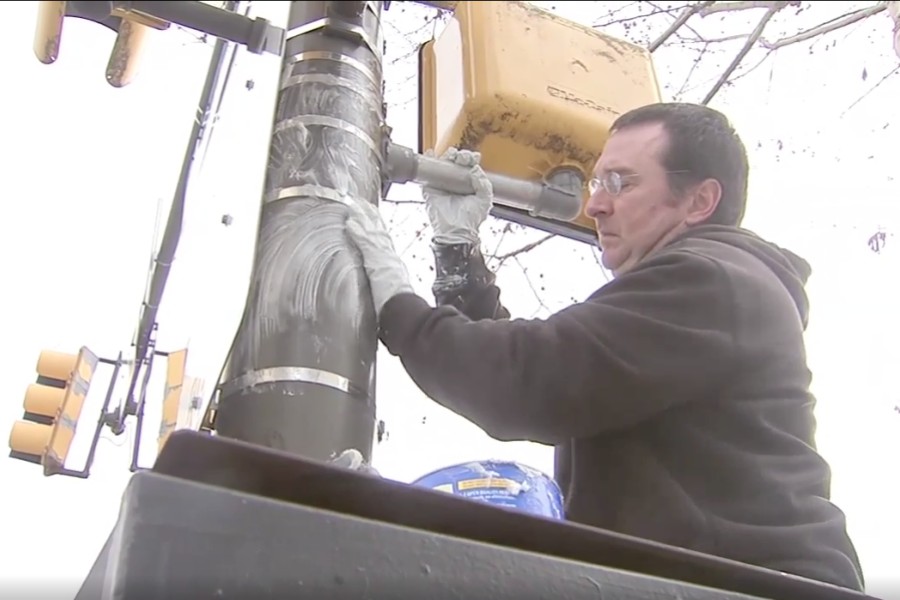 The Philadelphia Police Department has decided it’s not going to waste any more time or Crisco by greasing light poles ahead of the Super Bowl.

After all, efforts to prevent pole climbing before the NFC championship game earlier this month basically went nowhere. Philadelphians are simply too good at climbing poles. We even do it competitively.

Yo the Crisco didn’t work on this jawn! @FOX29philly pic.twitter.com/seZKRC8x9w

Me climbing the Crisco covered poles in Philly after the game pic.twitter.com/paXXFZzpBB

That being said, police are taking some precautions ahead of the game, which (fingers crossed) could lead to some celebratory chaos. At a press conference on Tuesday (during which police discussed the Crisco), commissioner Richard Ross said his team is prepping for “very large celebrations” on Sunday evening, according to CBS3.

Ross said there will be a “very, very large number of police officers,” including Pennsylvania State Police, who will allow “people to celebrate as long as it’s done peacefully.” That means no horse-punching, people.

Anyway, we’re wondering how the folks at Crisco are handling the news, especially considering they just sent the PPD cookies and more Crisco.