The organization selected a “locally preferred alternative” for the line, which will connect the region’s three largest economic hubs. 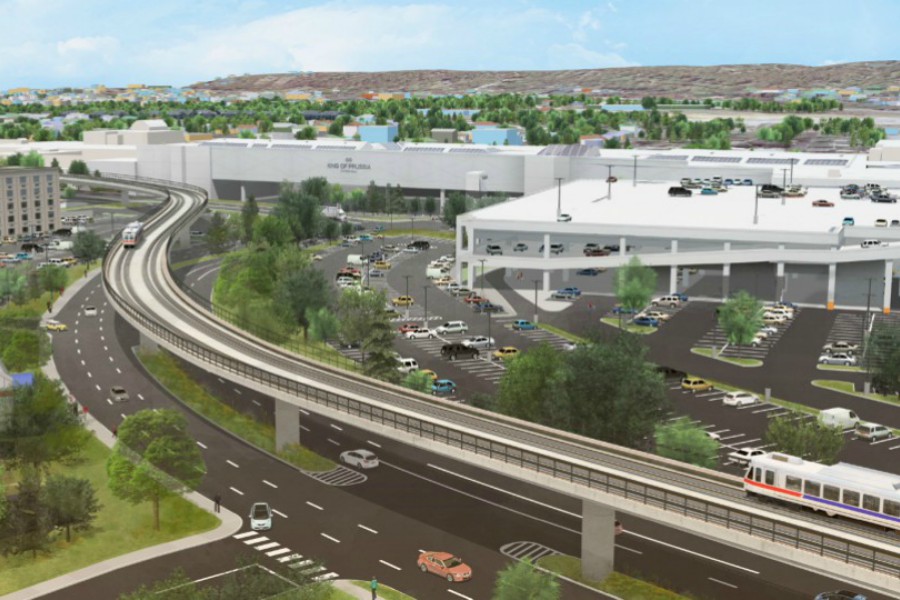 SEPTA has approved a route for the much-anticipated King of Prussia rail line.

SEPTA considered more than 30 alternatives for the 4.5-mile connection, finally settling on the “locally preferred route” with what the organization calls the “north/south design option.” 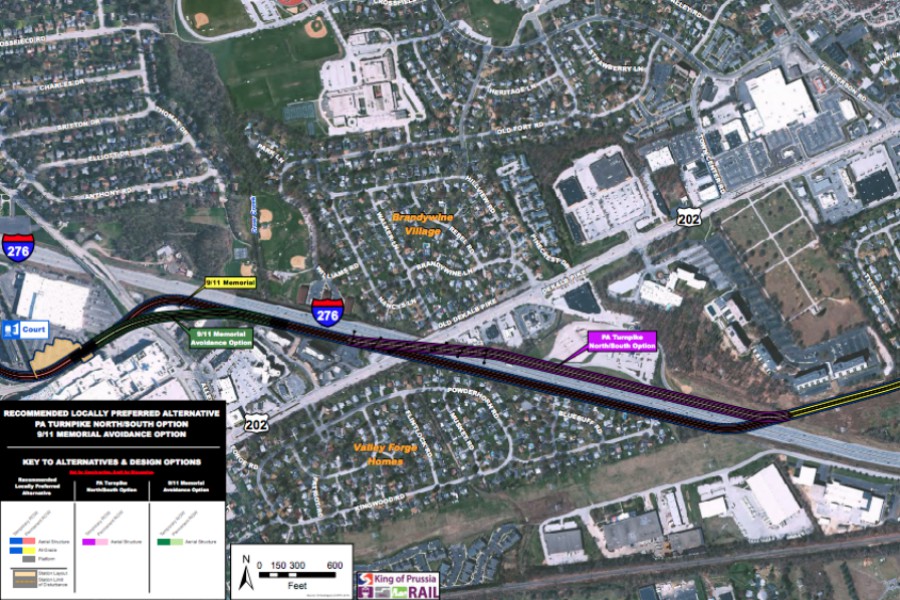 Riders will eventually be able to board at the 69th Street Transportation Center in Upper Darby or the Norristown Transportation Center. The route will branch off the NHSL between Hughes Park and DeKalb Street stations and include a stop at Henderson Road, two stops at the KOP Mall and two stops in the KOP business park.

The route will cross the Turnpike twice to avoid running through several communities that opposed having the rail in their backyards (hence the “locally preferred” title). The decision is a small victory for the NoKOPRail group, which vocally opposed alternative routes that ran south of the highway, through a Valley Forge neighborhood.

Sorry our homes were in the way of this awful train. #NoKOPRail

In a statement, SEPTA board chairman Pasquale T. Deon, Sr. called the KOP rail line “a critical initiative in SEPTA’s efforts to connect the region for more integrated mobility, and enhance the area’s economic vitality, sustainability and quality of life.”

Planning for the rail line is still in the very early stages. The entire project will likely cost between $1 and $1.2 billion – and it’s not clear exactly how SEPTA plans to pay for it. Project coordinators said those details will be ironed out after the organization completes the final environmental impact statement, likely sometime next year.

To see a full view of the KOP Rail route, visit kingofprussiarail.com.