The Delaware County Republican’s decision comes less than a week after he first came under fire for using taxpayer money to settle a former aide’s allegations. 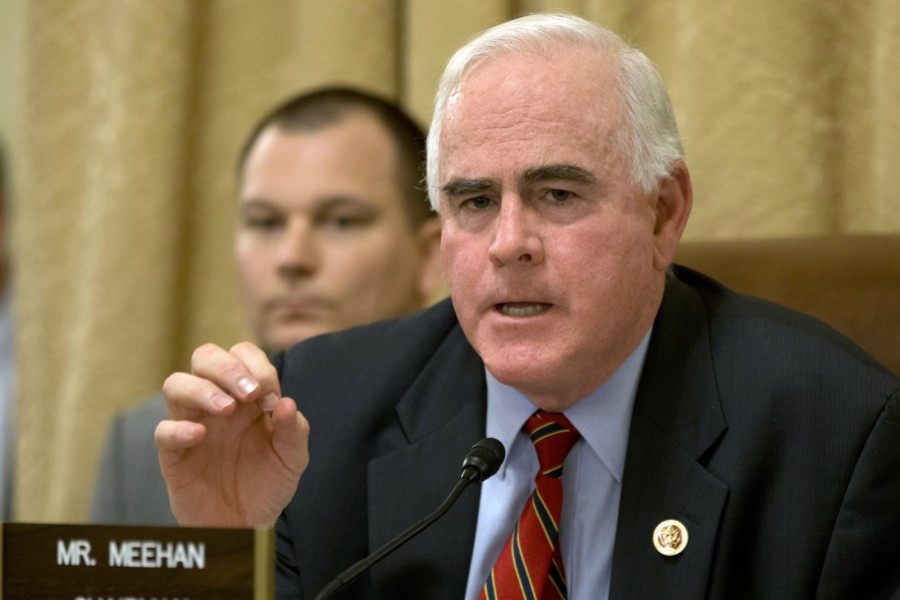 U.S. Rep. Patrick Meehan, the Delaware County Republican who has come under fire for using taxpayer money to settle a sexual harassment claim, has decided not to run for reelection.

Meehan was thrown into the controversy less than a week ago after The New York Times first reported that he pulled from his office funds to cover up allegations that he had made “unwanted romantic overtures” toward a much-younger former aide, then grew hostile after she did not reciprocate.

Republican Party officials were reportedly already seeking a replacement for Meehan in Pennsylvania’s 7th Congressional District race. The 62-year-old legislator previously said he would not resign – but that was before Meehan made additional headlines this week after denying the sexual harassment accusations but calling the accuser his “soul mate” and claiming the situation left him “hurt.” He has since said he “didn’t even consider or understand the full implications of” using the word “soul mate,” per the Inquirer.

The suburban 7th Congressional District, which covers most of Delaware County, is seen as a moderate battleground. Meehan’s decision to drop out of the race could give Democrats a major advantage – though one of their candidates, Sen. Daylin Leach, has also faced backlash amid allegations that he has acted inappropriately around women. Leach suspended but did not withdraw his bid in December. Gov. Tom Wolf has asked both men to resign.

The state Supreme Court effectively threw out the state’s congressional map in a ruling earlier this week. Republicans are seeking a stay from the U.S. Supreme Court over the decision. If that effort fails, a new map would be created by the primaries this May.