PHOTOS: We’re Obsessed With This Drone Pro’s Shots of Philly

Chip Starr might be the city's best drone photographer. 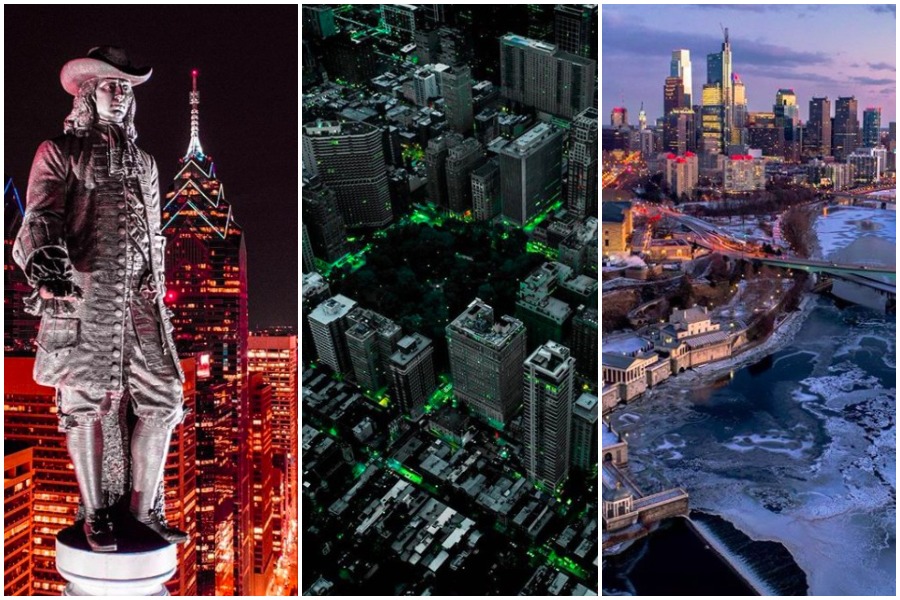 With seemingly everyone buying drones (did anyone else’s dad ask for one for Christmas?), we’ve seen a surge in aerial photographers – and some have been better than others. But Starr, a student at Pennsylvania College of Technology in Williamsport, might be Philly’s best. 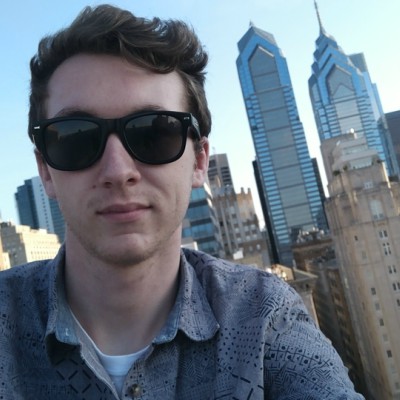 A selfie via Chip.

We gave him a quick call to talk drones. You can check out his work on his Instagram page, at @augmented_arts.

So how did you get into drones?
I started in high school [in 2014], at Abington Friends School. My school’s tech department got a drone to take some pictures of the school property, and the director of the tech department let some of the students fly the drone for fun.

Last Christmas, I got a drone as a present. It was the Phantom 4 Pro, which is still the top-of the-line consumer model drone. I started flying around Philly, using [Adobe] Lightroom to make the photos better and getting comfortable with the drone.

What do you enjoy about the hobby?
It’s therapeutic, being able to take a shot in the city, edit it and bring out all the details and the beauty that was unseen at first. And it’s a good time-consumer.

I found your work on the Philly Reddit page, where users furiously debate the Federal Aviation Administration’s drone regulations. Do you and other drone flyers talk about those laws often?

Yeah, absolutely. The rules are always changing, especially now with more and more people getting them for hobbies. Kids are getting them now as Christmas presents.

I’m sure in the future we’ll see some strict rules and regulations coming out. [Side note: Last month, President Trump signed a bill requiring drone users to register their devices.]

Usually if there’s an arrest in Philly with a drone, we will definitely start talking about it, like about whether or not the cops were being too strict.

Can you think of any specific issues or arrests that have caused a stir?
There was one incident during the NFL draft where some dude was flying near the FMC building over the Schuylkill river, and he was flying pretty low, and the cops arrested him. (Deadspin identified the man as Johnathan Kolleh, a young filmmaker and West Philly resident. He was arrested but not charged in the incident.) It seemed a little extreme at the time, especially since this person was just a hobby flyer. He was just flying his drone around the river.

There was another arrest around when Trump won the election. That was in University City. A guy allegedly flew within 25 feet of a police helicopter, which is very dangerous. That person was rightfully arrested and charged.

How do you keep up to date with the FAA regulations?
I use the FAA website. Sometimes, if it’s unclear, I’ll check forums and see what people are saying there.

Do you have any advice for new drone users?
Just take lots of shots and work on creating a nice, balanced shot. Try to learn some good photography techniques, like framing and lighting. Practice is the biggest thing.

How about any advice for flying a drone in the cold?
The cold definitely affects battery life. My drone can usually get a good 25-minute flight time in warm weather, but when I was flying on New Years, I was getting 15 minutes, maybe 20 minutes of flight time.

I try to stay in my car and have a nice view of the city. I usually have a friend with me that is spotting and watching for helicopters in the area. It’s a pretty important rule that you’re supposed to follow – to have a spotter with you while flying, someone to maintain a clear and solid line of sight for the drone. That person can have a set of binoculars. The operator is usually just looking down at their screen, which is connected to the drone camera. Having someone as a dedicated observer decreases the possibility of losing the drone.

Who are some other notable drone flyers in Philly?
Randy Pike Heinzel. And @PhillyDroneShots – that’s Chris Dantonio.

Can people buy your photos?
I have prints. If people are interested, they can message me on Instagram, and I’ll try to hook them up with the print they’re looking for.