Non-essential city employees are being asked to “stay home and stay warm." 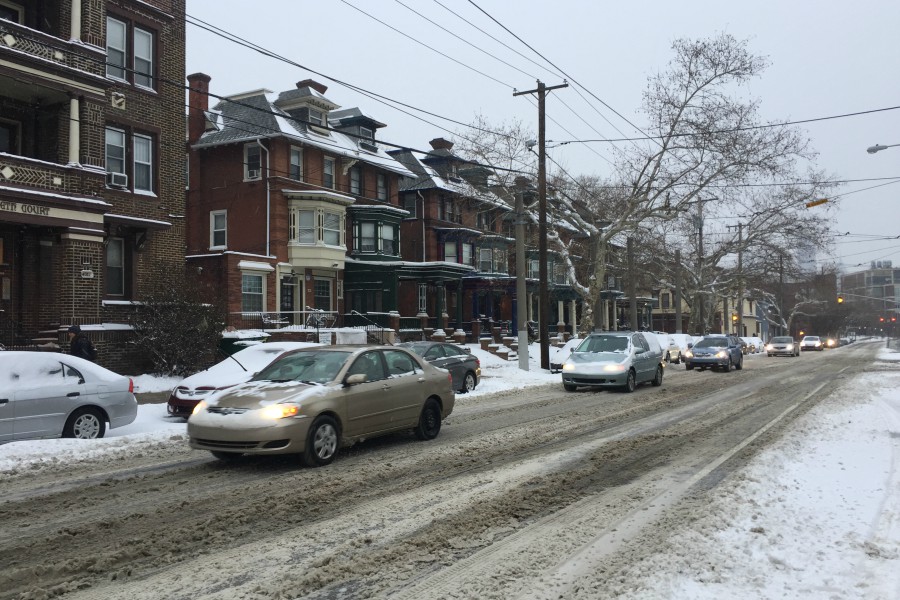 All city government offices will be closed on Friday because of frigid temperatures and potentially hazardous travel conditions.

Non-essential city employees are being asked to “stay home and stay warm” while snow crews continue their response to the storm, which brought about 3.5 inches of snow to Center City.

“The decision to close is a difficult one, but we believe that the frigid temperatures will result in icy roadways in the morning that will be resistant to our salting efforts,” Managing Director Mike DiBerardinis said. “We need to keep drivers off the roads. So we have decided to close all municipal offices.”

Motorists and pedestrians are urged to use caution while traveling during the sub-freezing temperatures.

The good news is that the snow has stopped. The bad news is that it’s going to be super windy on Thursday night and Friday, which means blowing snow could remain issue. Roads and public transportation are messy. For those reasons, the School District of Philadelphia and the Archdiocesan schools will remain closed on Friday.

Here’s what you need to know about traveling home in the snowstorm, which began winding down on Thursday afternoon.

Regional Rail trains will operate on an enhanced Saturday schedule on Friday. A spokesman said on Thursday afternoon that the organization was taking necessary scheduling measures ahead of high winds that might cause overhead wire problems.

Most SEPTA services were running slower than usual on Thursday afternoon. The organization warned Regional Rail evening commuters that they could see cancellations and delays of up to 60 minutes due to the snowstorm on Thursday.

RRD: Trains are subject to delays of up to 60 minutes and cancellations due to current weather conditions. As more specific information becomes available on which trains may be cancelled, we will provide updates to passengers.

In particular, trains along the Chestnut Hill East and Glenside lines were experiencing hour-plus delays on Thursday afternoon. Three bus routes – the 35, 92 and 120 – have been suspended. Other routes are being detoured. To check the status of your train, visit SEPTA’s System Status or Twitter for frequent updates.

PATCO is running on a snow schedule. The organization is expected to return to a normal schedule at midnight.

PLEASE NOTE: At this time, PATCO is running on or close to the posted snow schedule that is in effect all day today (1/4) for both WB & EB: https://t.co/FKYtB0gMDv

It’s chaotic out there, folks. High winds and freezing temperatures will only make that worse. If you can avoid driving, please do so.

The Streets Department began salting and plowing secondary streets (meaning smaller, non-major roads) late Thursday morning. If you’re driving, make sure you’re alert and watching for salt trucks and plows. Do not attempt to pass them.

Several accidents were reported on highways near Philly. An overturned tractor trailer temporarily shut down the southbound lands of the turnpike’s Northeast Extension between Exit 44 in Quakertown and Exit 31 in Lansdale. It’s not clear when those lanes will reopen; a detour is in place.

The Turnpike Commission is urging all travelers to reduce their speeds and keep alert. Check the latest travel conditions at 511pa.com.

Traffic moving steady northbound on I-95 in #Pennsylvania, just outside of #Philadelphia, roads are slick, be careful#CBS3snow @CBSPhilly pic.twitter.com/pLoPO7Jj5l