The slippery conditions could have been a factor in the fatal crash, which temporarily suspended the West Trenton Regional Rail line Thursday morning. 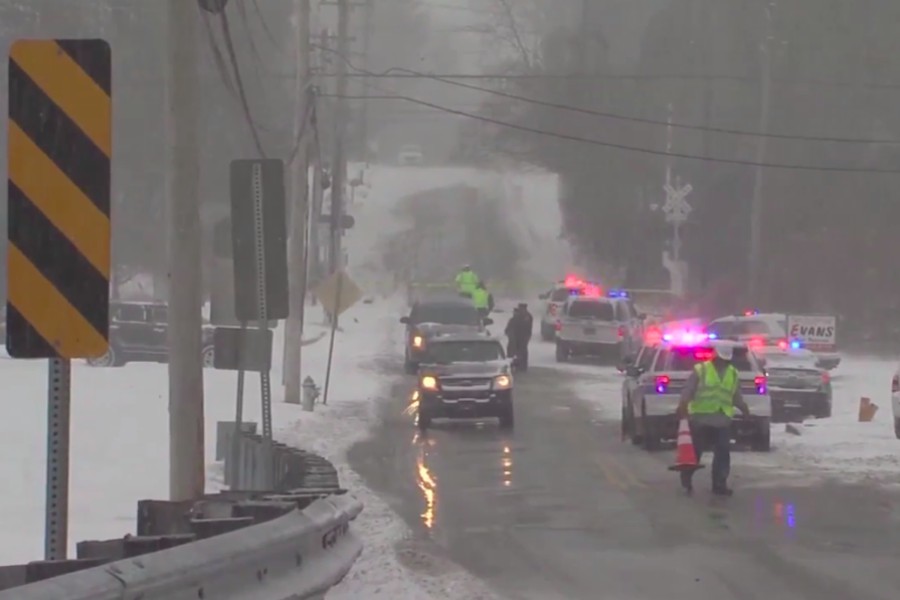 A woman is dead after a car slid into the path of a passing SEPTA Regional Rail train on Thursday morning in Montgomery County.

Police say the incident occurred shortly after 9:30 a.m. at the train crossing on Red Lion Road, which intersects with the West Trenton Line in Lower Moreland Township.

Preliminary investigation indicates that the victim and another woman, the driver, were in the car just before the crash occurred, per 6ABC. The vehicle was unable to stop as it neared the intersection and broke through crossing gate before striking the passing train, which was headed southbound toward Philly, according to police.

Investigators say the driver was able to exit the vehicle just before the crash occurred, while the passenger remained inside the vehicle. The passenger, who suffered fatal injuries, was later found outside the vehicle alongside the train tracks, according to police. Neither of the women in the car has been identified. 6ABC reports that they were coworkers and on their way to work.

The car was reportedly headed downhill at the time of the crash. At this time, it’s not clear whether or not the vehicle was unable to stop because of the weather, but Lower Moreland police chief Pete Hassan told NBC10 that the slippery conditions resulting from the snowstorm could have been a factor.

The West Trenton Line was suspended for several hours after the crash on Thursday morning. Service resumed shortly after 1 p.m.

The incident remains under investigation by SEPTA and Lower Moreland Township Police, as well as officers from the Upper Moreland, Abington and Cheltenham Police Departments.