Learn to recognize — and eliminate — these age-old knee-jerk defenses of racism in yourself. 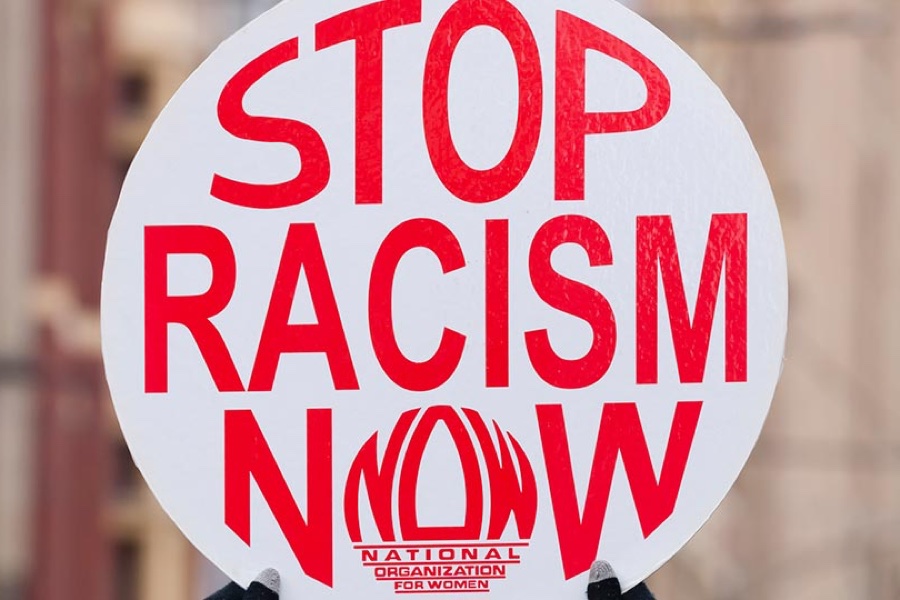 As 2018 takes off, I’ve made it a point to stop assuming that people understand how to be humane. As a black queer millennial, I will no longer wait for others’ predictable lapses in judgment to speak up, but instead will declare how I want to be treated. I expect my newfound resolve will be tested most by the topic of race.

Race is one of the few matters in society in which the dominant group, white people, simply has no idea how to fix the problem. Race is essentially a power struggle that crosses gender, class, faith, and sexuality lines. Long gone are the days where racism can be easily dismissed as solely violent and verbal acts of hatred by men with white hoods and Confederate flags — in a time in which we can tweet threats of war and Instagram childbirth, racism is more high-tech, visual, and expansive.

Racism is endemic in our celebrations, communities, and food. It’s what’s fueling our current political division nationally and shows no signs of slowing down.

And as with most diseases, there are ways to help slow the growth of racism while it’s still latent. Here are a few habits worth breaking that could help in this new year.

Holding yourself out as “colorblind”

Not seeing race in your social settings, workspaces, and leadership structures doesn’t help the problem — it magnifies it. When people say they “don’t see race,” they are subconsciously implying that they are too privileged to consider the impact discrimination and exclusion have on other people’s well-being. Treating race as a matter that would simply disappear if we stopped talking about it is as pointless as expecting the freezing weather to go away if we all think about summer. Racism doesn’t work like that — it requires your undivided attention and effort to lean in and address it head on. So stop being startled when people of color claim there’s a lack of diversity at an event or wondering why you can’t say or do certain things from another group’s culture. If seeing is believing, your so-called colorblindness is a false refuge — you actually need to see color to help to eradicate racism.

Takeaway: Not acknowledging race is a form of latent racism.

Nothing is worse than having someone deliberately take a contrarian stance on a person of color’s lived experiences. If you think you’re being thought-provoking or intellectual challenging when debating a person of color on racism, you’re not — you actually look like a huge jerk who is defending white supremacy at all costs. The only “both sides” to racism are those victimized by it and those who inflict it. Making excuses or carving out exemptions to the offenses people of color are subjected to by racism is choosing to be on the side of the oppressor. For example, resorting to the “black-on-black crime” myth as an excuse for police brutality isn’t logically or humanely sound. Don’t be that person — just listen, ask questions, and accept the answers. Conversations on racism would be less contentious if more people spent less time interrogating other’s personal pain and more time questioning the intentions of those who caused it. Those who are more empathetic and mindful of their initial reactions to acts of racism are more helpful than those quick to be skeptical.

Takeaway: Automatic skepticism about the existence and effects of racism is a form of latent racism.

Using tradition or heritage as a scapegoat

Stop defending the legacy of your ancestors and invoking “the good old days” to explain your complicity with historic figures, holidays, and celebrations that continue the marginalization of others. If you justify celebrating Columbus Day because it’s a symbol of Italian pride, consider how embarrassing it is for Italians to be associated with a man who committed one of the world’s most extensive acts of genocide. Calling Frank Rizzo a Philly institution whose statue shouldn’t be removed doesn’t justify the countless documented acts of racism he perpetrated in the city. Letting go of past racist afflictions helps heal old wounds and prevent new ones.

Takeaway: Supporting problematic rituals is a form of latent racism.

Racism isn’t about you — it’s about those who are actually affected by it institutionally, socially, and emotionally. To center yourself means to prioritize your personal thoughts and consideration in spaces that aren’t designated to address your issues. That time you were fat-shammed or picked on doesn’t compare to the historical onslaught of racial discrimination that has disenfranchised generations of people. Quit it with the comparisons, and learn how to empathize. Also, this is not is the time for white people to “impress” people of color or deliberately shame other white people — say goodbye to self-proclaiming yourself as an “ally” and just be one modestly. And yes, you will feel a sense of guilt and discomfort at times when confronted about the racist things you might not have intended to do or say. But remember: Intentions aren’t more important than impact — don’t get caught up in defending yourself at the expense of ignoring the offense you might have caused someone else.

Takeaway: Prioritizing your sentiments above those of the marginalized is a form of latent racism.