The display on South Broad — introduced by Ed Rendell ahead of the 2000 RNC — basically went south after the 2016 DNC. 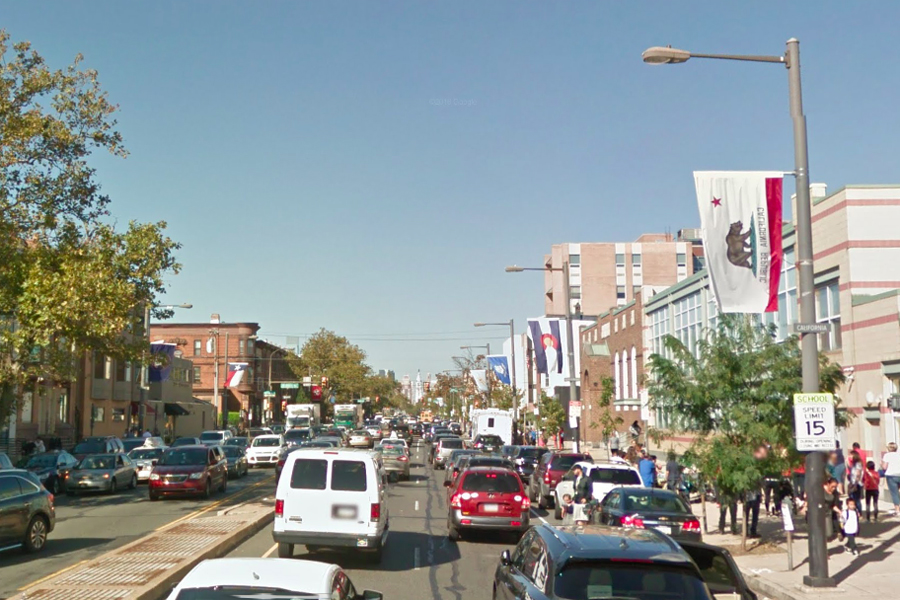 The U.S. state flags on a chunk of South Broad Street — the “Avenue of the States” — well, they are not.

Maybe my memory is a bit hazy, but I recall Philly’s state flag display looking considerably more presentable in years past than in its current sad disarray. Today, flying along this stretch from Tasker Street to Oregon Avenue is a ragtag collection of shredded, weathered fabric that calls to mind the tattered sigils carried by Civil War flagbearers. While some flags hang literally by a thread, many others – including our own great commonwealth’s – are mysteriously absent. (One, Mississippi’s, intentionally so.) 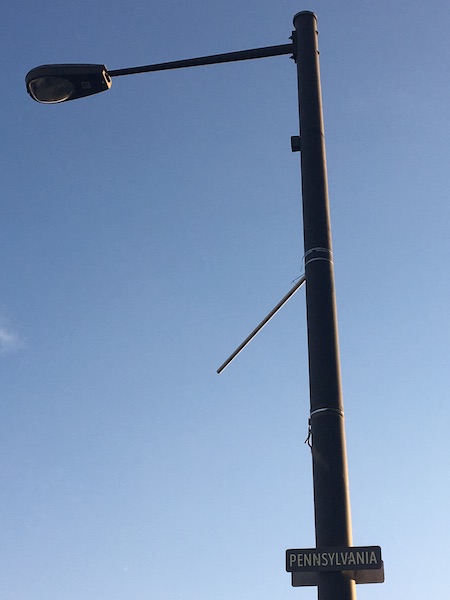 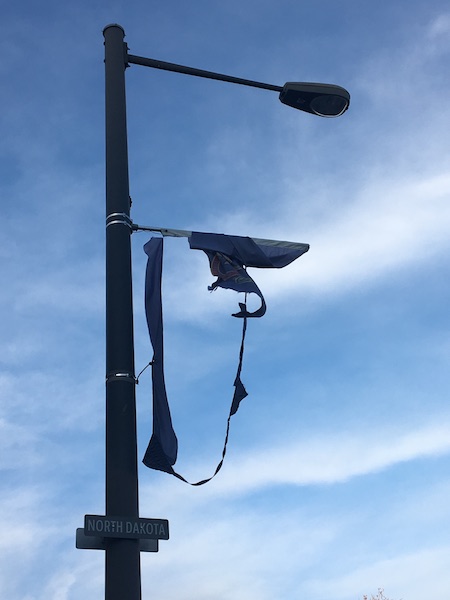 Need more proof? There’s plenty more where that came from: 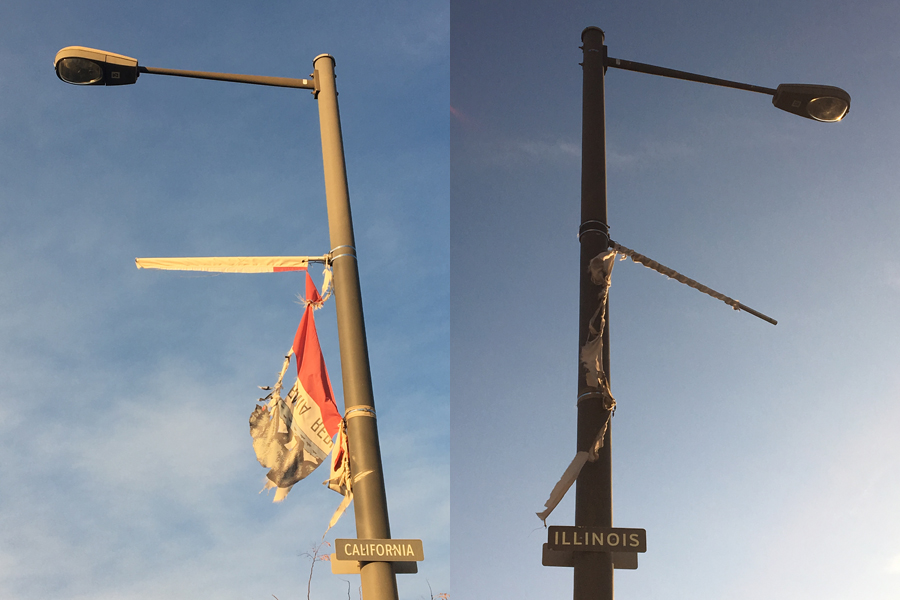 Funny, that’s not the Georgia flag you’ll find in any textbooks … 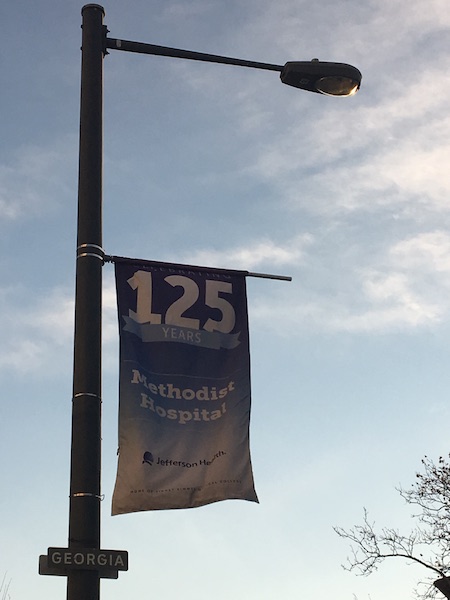 How can our city let the Avenue of the States devolve into an embarrassing eyesore while its international counterpart along the Parkway always looks so pristine? According to Randy Giancaterino,, spokesman for the Office of the City Representative, it’s because those two flag programs have nothing to do with one another.

“One was born in 1976 on the Parkway when the Bicentennial committee got together,” Giancaterino tells Philly Mag. “The Office of the City Representative was involved in that. Fast forward to 2017, and that program is still maintained today.”

Giancaterino says the international flag display benefits from more municipal oversight than the Avenue of the States, which was first introduced by then-Mayor Ed Rendell in advance of Philadelphia’s hosting of the 2000 Republican National Convention.

“We have measures in place to make sure the [Parkway] flags look presentable, and it is an endeavor,” Giancaterino says. “There are 109 flags, and they aren’t always flying in prime condition. Sometimes I’ll come to my office and I’ll have a flag on my desk. They get sun-beaten and weathered. Out on the Parkway, that’s the windiest section I could think of in the whole city. We replace the flags twice a year to keep them uniform in the fall and spring. Sometimes when a flag comes down early on, it will stay down. It’s not even a fairness thing. It would really present a poor image if we put them up in piecemeal. One would look shiny while others are weathered.”

The greatest distinction between the two flag programs, according to Giancaterino, is the city’s heavy reliance on private funding for the upkeep of Broad Street’s state flags. City spokesperson Lauren Hitt tells Philly Mag that the current set of flags (the ones that remain, that is) went up for the 2016 Democratic National Convention, and the party responsible for their installation has since dissolved.

“There’s not always continuity, and sometimes things aren’t how the public may view it,” Giancaterino agrees. “If the city started a project and that committee disbands, there sometimes isn’t a chain of command for future maintenance or even a long-term transition plan at all.”

Due to a lack of maintenance funding, Hitt says the city plans to take down the state flags. But Rendell says that’s nonsense, and that maintaining the flags wouldn’t break the bank. All things being equal, I would much prefer to have these flags flying majestically above Broad Street, as intended. But if Mayor Kenney is a little too cheap to keep this tradition alive, at least make haste with its execution so Philly doesn’t continue to look so second-class.