Raines and his wife, Bonnie, broke into an FBI office in Media in 1971 and leaked documents that shocked the nation. 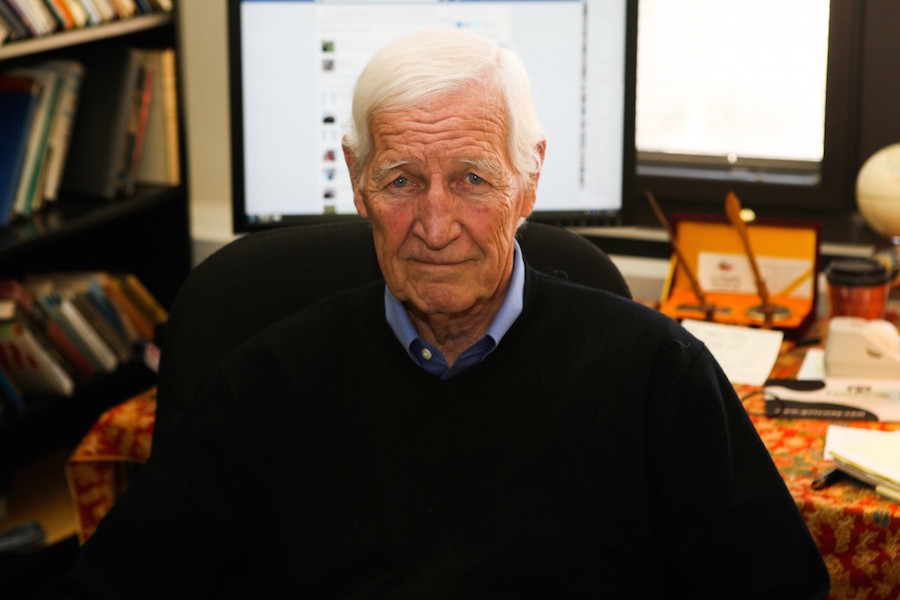 John Raines, one of several whistleblowers who broke into an FBI office in Media in 1971, died on Sunday. He was 84 years old.

Raines was a cleric, civil rights champion, Temple University professor, and, as mentioned, a precursor to the Edward Snowden era. On that fateful day in the 1970s, he and his wife Bonnie Raines helped steal 1,000 FBI files, revealing that the government was spying on its citizens — particularly those who fought for civil rights and against the Vietnam War.

At the time, the FBI’s J. Edgar Hoover, who ordered the surveillance efforts, poured resources into finding Raines and others who leaked the files to reporters, shocking the nation. But Hoover died of a heart attack in 1972. In the end, the Rainses got away with it — 40 years passed before they admitted their involvement through a friend, Betty Medsger, a reporter who detailed their story extensively in a book published in 2014.

John Raines, a professor emeritus of religion most known for his part in a 1971 FBI burglary, died in his home on Sunday. https://t.co/mZwmME2Bc2

Raines grew up in a seven-bedroom mansion at the elite Hennepin Avenue United Methodist Church in Minneapolis. Following in his father’s footsteps, he became a pastor in the late ’50s, and eventually joined the company of civil rights groups like the Freedom Riders. He met Bonnie near Lake Michigan, and the pair moved to Philadelphia in the late ’60s, when Raines accepted a position in Temple’s religion department.

Philadelphia magazine writer Steve Volk published an extensive story on the couple, whom he tied to Snowden, in 2015. In the piece, he describes Raines as “all vigor, his voice a resonant, authoritative baritone.”

“What the Raineses have lived … is total transformation. They are a couple who spent 40 years in hiding from the U.S. government, only to emerge as the sort of people we might aspire to be. In this context, the ovations the Raineses receive seem not just appreciative, or admiring, but prescient. John and Bonnie Raines appear as heralds — of an inevitable American future, when another whistle-blower, perhaps gray by then, and ordinary, will find that his enemies are gone, and that stages and crowds await him in every city and town.”