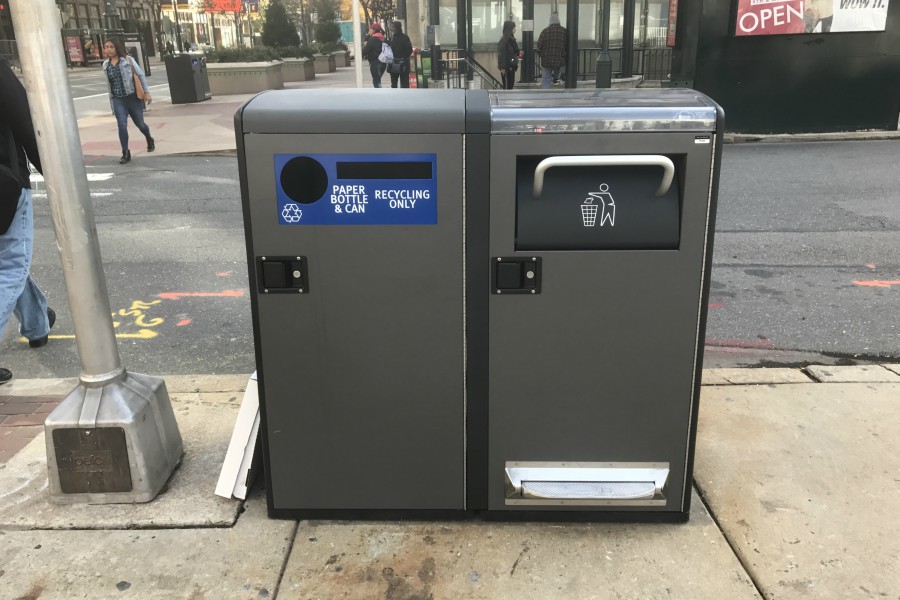 This summer, we were thrilled to tell you 275 new trash cans were on their way to Philly.

You would think new trash cans wouldn’t be so exciting, but when your only option for trying to keep the world clean is to use the infamous Bigbelly compactors (the one that sometimes snap shut on your fingers and are usually grimy and overflowing with waste), well, here we are.

So what’s better about the new cans? Well, they’re still Bigbelly bins – but you don’t have to touch them!

They come outfitted with fancy silver foot pedals, so basically, they’re a germaphobe’s dream. Of course, it’s also great that the new bins will cost significantly less than the old ones – which, if you didn’t know, saved the city much, much less than we thought they would (mostly because of costly maintenance), per a city controller report released in June.

In fact, the city won’t pay a penny for the new trash cans (which cost $4,800) as part of a deal made in June with Green City Solutions LLC, per Philly.com. In exchange for supplying trash bins, the company is granted advertising rights – but 5 percent of that revenue will go toward the city, which reportedly plans to use the funding to maintain older trash cans and restore 125 existing compactors.