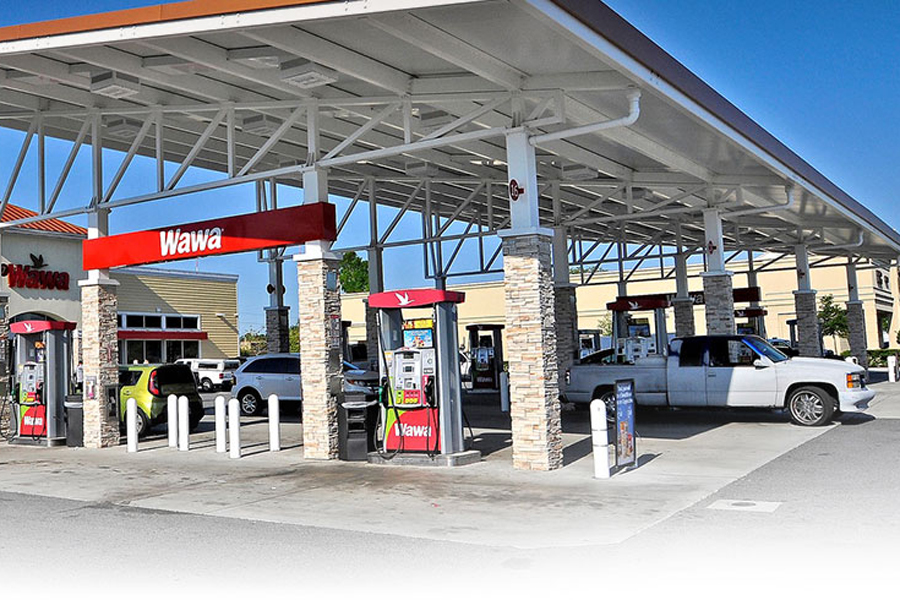 The guy who constructed and ultimately sold his controlling interest in Schmidt’s Commons to Donald Trump’s son-in-law (I still call it the Piazza, by the way) has hit a roadblock in his latest development: a mixed-use, 21-acre property on Columbus Boulevard that he hoped would include a “super Wawa.”

Last Wednesday, the city’s Department of Licenses and Inspection rejected a proposal from Bart Blatstein’s Tower Investments, Inc., to build a gas station and convenience store on a tract of land it acquired along the riverfront between Tasker and Reed streets in 2014, back when the site was supposed to become a Foxwoods casino.

According to L&I’s refusal notice, the developer’s request could not be granted because vehicle fueling stations are prohibited within the Delaware River Front Overlay District. Here’s what Joe Forkin, president of the nonprofit Delaware River Waterfront Corporation, had to say on the city’s ruling:

The Central Delaware River Overlay (CDO), which stems from DRWC’s Master Plan for the Central Delaware, prohibits this type of auto-centric development from occurring on Columbus Boulevard or on River Access Streets for the express purpose of promoting pedestrian-scale development and safe access to the waterfront for the benefit of all Philadelphians and visitors. The zoning controls have been in place since before Tower Investments acquired the site and proposed this use.

To be clear, the CDO encourages retail uses such as Wawa. In this instance, it only prohibits placing vehicle service uses such as a gas station on properties with frontage on Columbus Boulevard or River Access Streets. DRWC clarified these points to the Pennsport Community when they solicited our opinion on the proposed site plan. DRWC is always happy and willing to work with anyone who is interested in working with us on good, quality waterfront development that is consistent with the Master Plan for the Central Delaware.

So what’s next? Blatstein could appeal the decision and seek a variance by arguing that the site wouldn’t be profitable without the super Wawa. Good luck. He could also attempt to sway City Council to change the zoning guidelines for the area, although Councilman Mark Squilla – whose district the development falls within – has said he won’t help Blatstein with this endeavor because the community doesn’t support it.