Lower Merion residents are petitioning to keep the retailer out of Ardmore so the town stays “charming, residential and affordable." 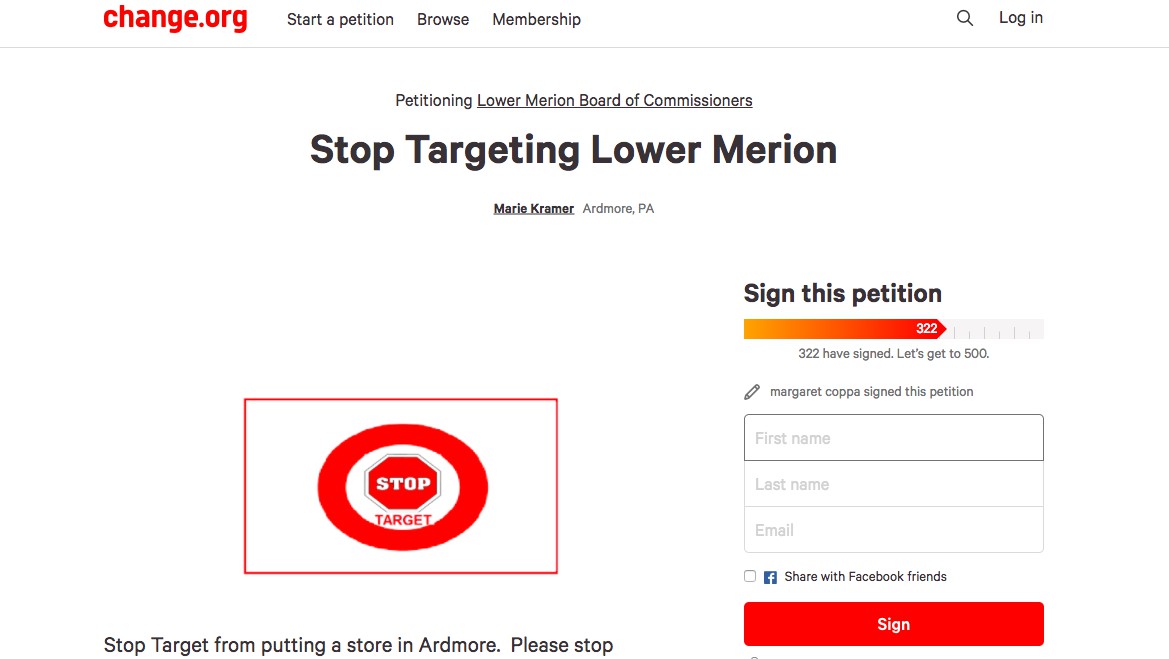 This time, they want to stop a new Target from coming to their township – or, per the petition hosted by change.org, they want to “stop developers from targeting Lower Merion.”

Residents say a Target at the busy intersection of Lancaster and Ardmore avenues in Ardmore will “only make traffic worse than it already is” in the area.

Marie Kramer, who has lived in Ardmore for roughly 10 years, created the petition on Saturday evening. Since then, it’s garnered more than 300 signatures from residents looking to “keep Ardmore charming, residential and affordable.”

Kramer says she has several concerns about the proposal, which details plans for 32,000 square feet of retail space, including the Target, plus 35 apartments and 87 parking spots, she said.

Her main worry is traffic. She drives through the intersection twice a day, at least five days a week, on her way to and from work, and “every morning the traffic can be all the way to the library,” which is several blocks away.

Kramer also fears that a Target would “push out” nearby small businesses that would be forced to share limited parking with the retailer and put senior citizens living at the nearby Ardmore House “at risk” of traffic incidents. Plus, she says, more development in the area could contribute to the Lower Merion School District’s overcrowding issues (a reason for another recent uproar among township residents).

“It’s going to really affect our quality of life,” Kramer said. “And it’s really going to cause a traffic nightmare for us.”

A post about the petition was recently removed from the Lower Merion Community Network Facebook page after, a page administrator said, it got too “political.”

Kramer said at least one parent she knows of who opposes the petition – and supports building a new Target – has “this vision of Ardmore being very dense, with a lot of development going up. That’s not what we want from Ardmore.”

The Lower Merion Board of Commissioners, which holds monthly committee meetings, is weighing the proposal. No decision has been made yet.

The township did not respond to a request for comment on Tuesday.