The president’s decision to nominate AccuWeather CEO Barry Myers is causing quite a storm. 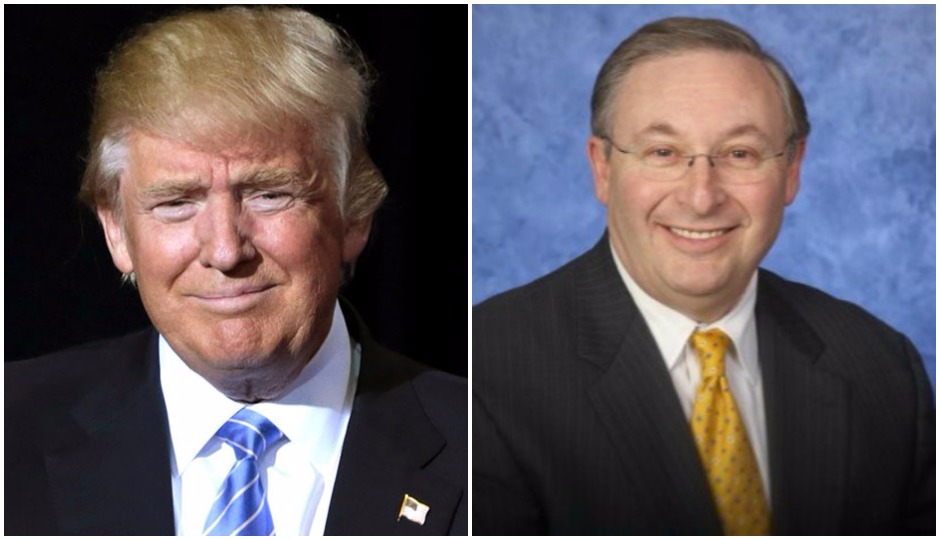 In typical fashion, President Donald Trump has picked the wealthy CEO of the for-profit Pennsylvania-based AccuWeather to oversee the National Weather Service.

Trump tapped Philly-native Barry Myers to lead the U.S. National Oceanic and Atmospheric Administration, the country’s top agency for weather, climate and ocean research. The organization runs the NWS, which is tasked with providing the public with the most current weather forecasts and warnings.

In a press release, the White House praised Myers for his financial success at AccuWeather and called him “one of the world’s leading authorities on the use of weather information.”

But the president’s choice is causing quite a storm.

Critics say Myers lacks a sufficient scientific background and presents a conflict of interest – he’s previously supported attempts to limit the information that the National Weather Service can provide to the public in an effort to boost the advantage of AccuWeather and other private industry leaders.

Those who praise Trump’s choice say Myers will strengthen ties between the weather industry’s public and private sectors. But some worry that in addition to creating a conflict of interest (AccuWeather relies heavily on information provided by the NWS), Myers doesn’t have sufficient credentials.

The NOAA is typically headed by pre-eminent scientists – according to the Washington Post, only one NOAA administrator since the organization’s 1970 inception has not held a science degree. (Myers studied law and business.)

If confirmed, #BarryMyers would be the 2nd Under Secretary For Oceans And Atmosphere w/out a natural/physical/math science degree. #NOAA pic.twitter.com/GnfkYLjxAj

“Myers will have to get up to speed quickly on NOAA’s many duties. He must also become fluent in the business of launching weather satellites, which has long been an expensive and fraught process. As NOAA administrator, he would also be responsible for the country’s fisheries, a role that has tripped up past administrators as it often involves unfamiliar science and heated regional debates that don’t follow familiar partisan divisions. And he would lead offices housing many of the country’s top researchers in ocean and atmospheric science, including climate change.”

The nomination is strongly opposed by the the labor union for the NWS. In a statement, the NWS Employees Organization called Myers “wholly unqualified for the job” and said his appointment “would present a host of additional ethics and conflicts issues.”

Myers, who awaits confirmation from the Senate, attended Central High School. He received his business degree from Penn State and his law degree from Boston University.

If approved, he’d face a tough job: the White House has proposed cutting the NOAA’s 2018 budget by 17 percent – a move that many fear will hurt weather reporting nationwide.