One of Us: Nydia Han

The 15-year Action News veteran, 43, who’ll speak, along with Michelle Obama, at the Pennsylvania Conference for Women tells us about Jim, Cecily, and crashing the company car. 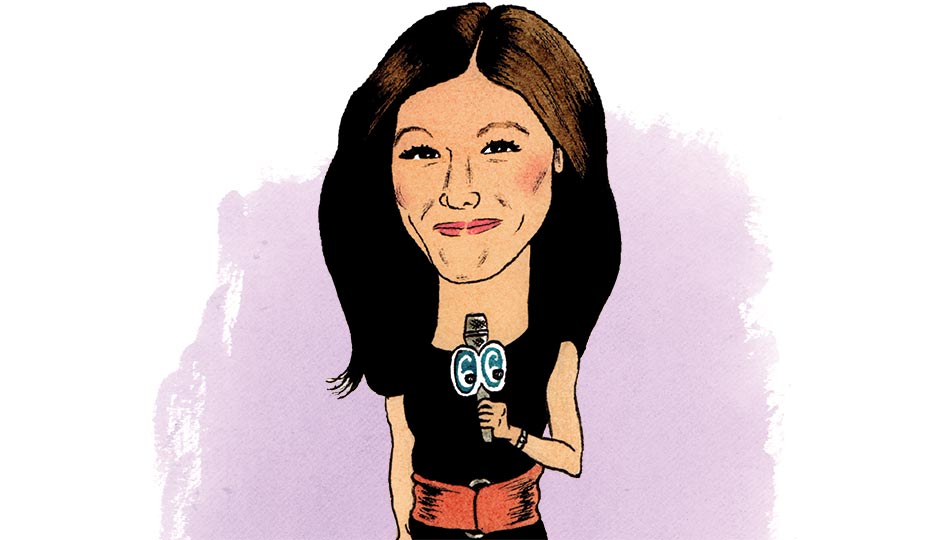 My full name is … Nydia Hyungah Han. “Hyungah” is Korean for “bright and graceful.” People always ask me where Nydia comes from. My father’s best friend’s wife was named Nydia. My mother wanted Sophia, but my father won. And it’s actually pronounced NEETH-ya. I’m not sure when it became NID-ee-ya.

I was born in … Ventura, California, where I was one of very few Korean-Americans. I remember coming home from school one day and asking, “Mommy, when am I going to become blond?” But I always liked being different.

My first job in the industry was … in Pocatello, Idaho, as a general-assignment reporter. I crashed two station vehicles because I wasn’t used to driving in inclement weather. And I had the time of my life.

I came to Philadelphia … in 2002 to work for Action News, after I met the then-assistant news director at an Asian American Journalists Association conference. In an elevator.

My fitness routine … is currently nonexistent.

My worst subject in high school was … AP Calculus. Ugh. Thinking about it today makes me cringe.

I usually wake up at … 2:30 if I’m filling in on the morning show. Sundays at four in the morning. But other days, I might sleep until 8 a.m. I have a three-year-old and a five-year-old, and if I’m lucky, they’ll both sleep till eight.

The craziest thing I can remember doing in my career was … covering hurricanes standing in the middle of 100-whatever-mile winds while a producer had to hold me in place so I didn’t get blown away or fall over.

The last time I was out of the country was … Cuba, last September. Oh no, actually Mexico in January, but Cuba is more interesting.

Having kids has made my job … more meaningful. And I cry a lot more than I did before.

My secret talent is … that I can play the piano. Chopin. Bach. Tchaikovsky.

Jim Gardner makes me laugh … on and off the air a lot. Sometimes when he isn’t even trying to be funny. Jim cracks me up in the newsroom.

One historical person I really admire is … Pearl S. Buck. Not only was she a Pulitzer- and Nobel-winning author, but she was also an extraordinary humanitarian who dedicated much of her life to helping Asian-American children.

The first concert I went to was … Duran Duran with Erasure as the opener, at the Merriweather Post in Maryland in 1987.

If you’re coming to my house for dinner, I will probably make … a reservation.

I met my husband … in the house we live in now, after my friends took me, kicking and screaming, to his holiday party.

My junk-food obsession is … fries from Five Guys or Square Burger.

Cecily Tynan is … the best. The greatest thing about Cecily Tynan is all the conversations we have in the makeup room. She gives me all kinds of personal, professional and family advice. She’s one of my favorite people. Ever.

My biggest phobia is … Talking in front of people. Just kidding. I’m really not afraid of anything.

Published as “One of Us” in the October issue of Philadelphia magazine.