Wawa: Those Maggots Probably Didn’t Come From Our Hoagie

Wawa has some serious doubts about the fly larva seen crawling in a New Jersey man's sandwich wrapper. 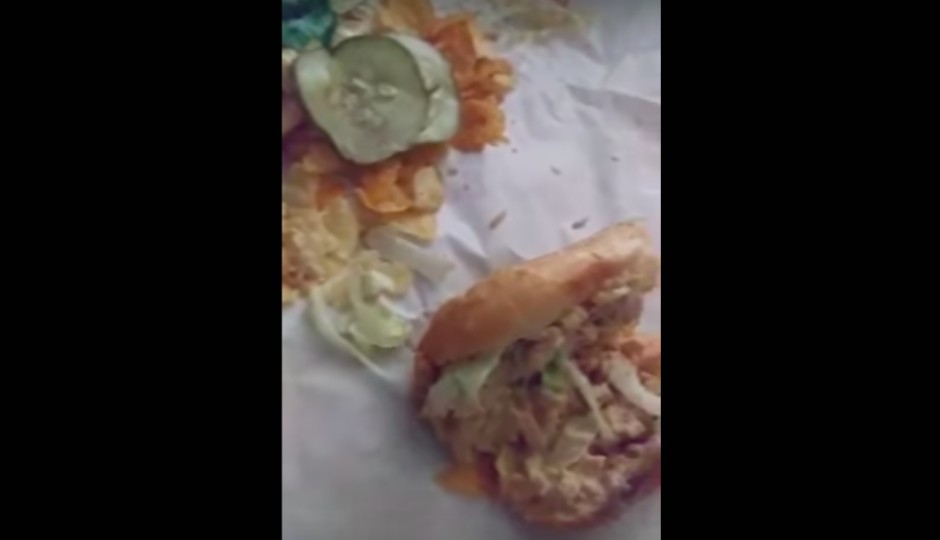 We can’t think of a hoagie garnish less appealing than fly larva – but according to one New Jersey man, that’s exactly what topped his buffalo chicken cheesesteak this weekend.

Warning: this is not fun to watch.

According to The Trentonian, which posted the footage to YouTube, Garcia bought the sandwich on Saturday from Wawa #8630, which is located at 1300 Silvia St. in Ewing, N.J.

Garcia told the Trentonian that when he took the hoagie home, he noticed the sauce moving in a way it “isn’t supposed to.” Garcia said he then showed his mom the sandwich to make sure he wasn’t “tripping,” and when she confirmed that there was in fact fly larva in the wrapper, she recorded it on her phone while he ran to the bathroom to vomit.

The 22-year-old reportedly took the sandwich back to the Ewing Wawa, where he said the employees offered him another sandwich or a refund. (He said he took the refund, and he probably won’t order a sandwich from Wawa ever again.) Then he reportedly went to the hospital to get medicine to kill parasites.

Wawa, however, has some serious doubts about the video. In a statement, a Wawa spokesperson said the company’s investigation into the footage “shows that the unverified video complaint is highly unlikely and probably impossible.”

“We have a detailed process to authenticate and assess complaints surrounding anything that would take away from the best and most positive Wawa experience possible,” the statement continues. “We hold ourselves to the highest standard of quality in the food that we serve and the conditions in which we serve it. We inspect our stores on a daily basis and have rigorous processes in place to prevent incidents of this type from occurring.”