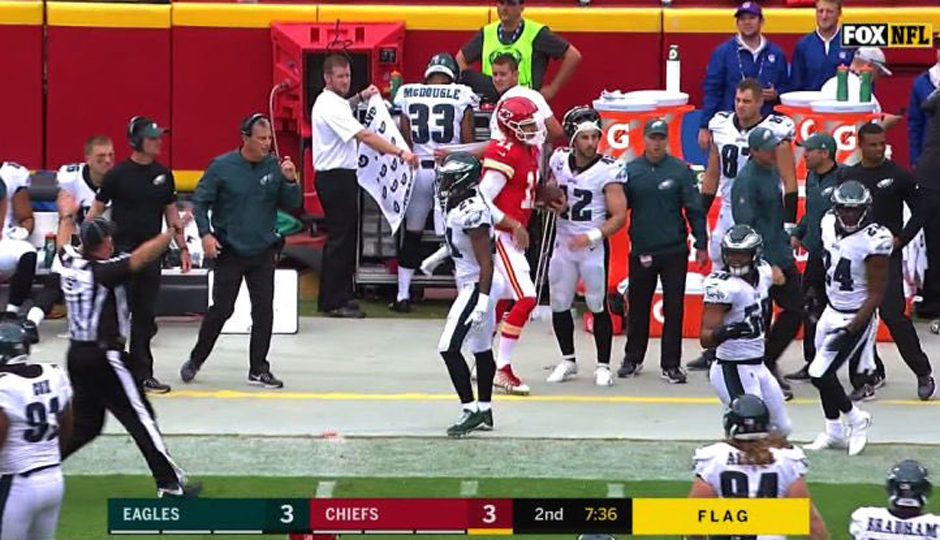 New Eagles cornerback Dexter McDougle made quite the first impression on Sunday after television cameras caught the fourth-year pro peeing on the sideline in Kansas City.

The Maryland product could’ve easily made his way back to the locker room to relieve himself – but with this game being the first that McDougle was activated by the Birds, he surely didn’t want to miss any opportunities to get on the field. Thinking he was safe with his crafty towel guards, FOX Sports cameras panned to the Eagles sideline while following Chiefs quarterback Alex Smith and captured McDougle with his pants down (figuratively speaking, of course).

Can you imagine how much worse that video could’ve been if defensive teammate Rasul Douglas had hit Smith on that play? Let’s also hope that nobody mistook McDougle’s fill-up bottle for yellow Gatorade…