We’ll tell you the date of the season opener (hint: it’s early) and also when our Phils will play the Yankees and the Red Sox. 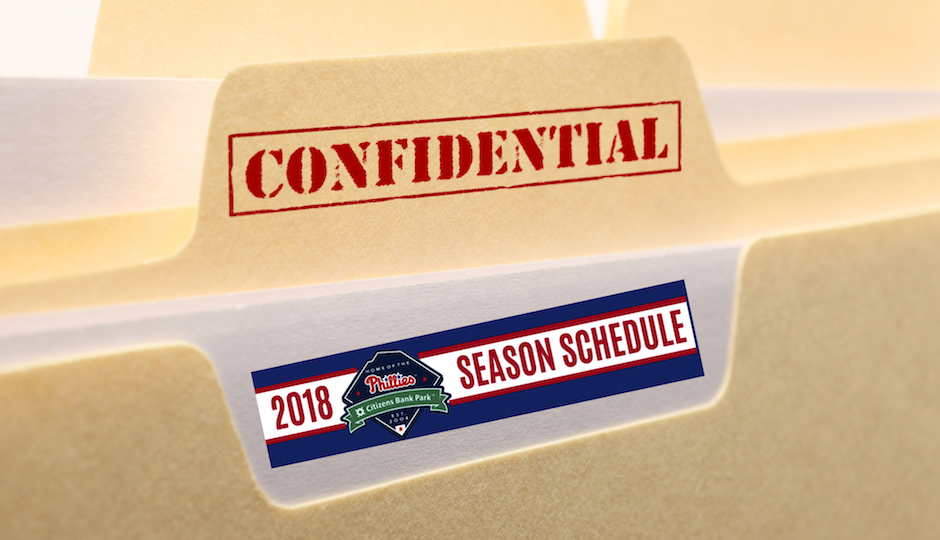 Major League Baseball released its 2018 schedule on Tuesday – and while we certainly aren’t expecting our last-place Fightin’ Phils to contend for the playoffs next season, let’s take a dive into the slate of games anyways. The 1993 National League Champs went worst-to-first so, hey, you never know…

The first notable tidbit gathered from the release is sure to upset hardball traditionalists: Next season begins in March, and not April like years past. Yes, that means this will be the earliest start to the season in the MLB’s more than 100-year history. Can you believe that garbage? Although, looking on the bright side, Opening Day 2018 will mark the first time since 1968 that EVERY team will play. That’s pretty neat. 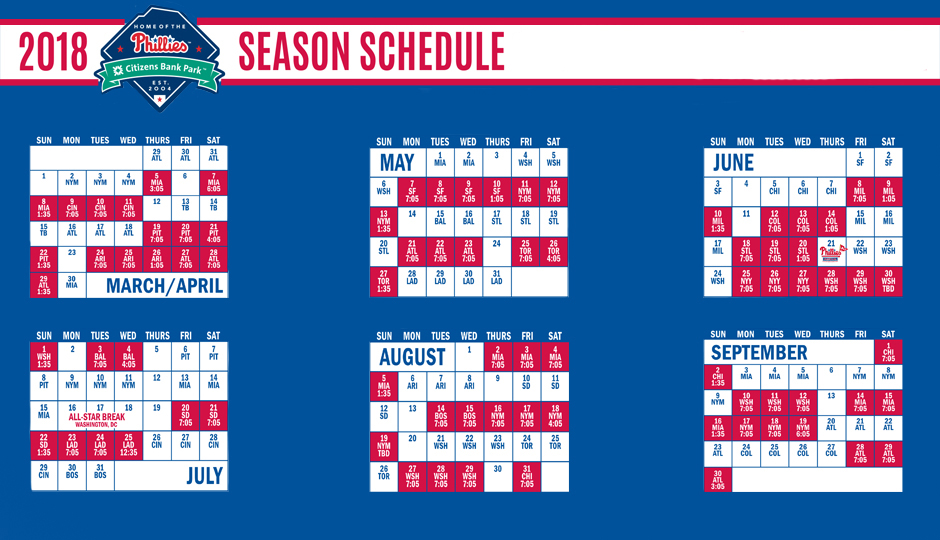 If you’re anything like me and still religiously check the Phillies promotional schedule like an 8-year-old, you’ll just have to wait a little longer for news on what goodies will be given out at the ballpark this upcoming season. (Although it’s worth noting that no item will ever top this creepy Larry Andersen Halloween mask from 1985).
Follow @jtrinacria on Twitter.