Tesla Superchargers Are Coming to Philly

Charge your Tesla while you sip a cappuccino. 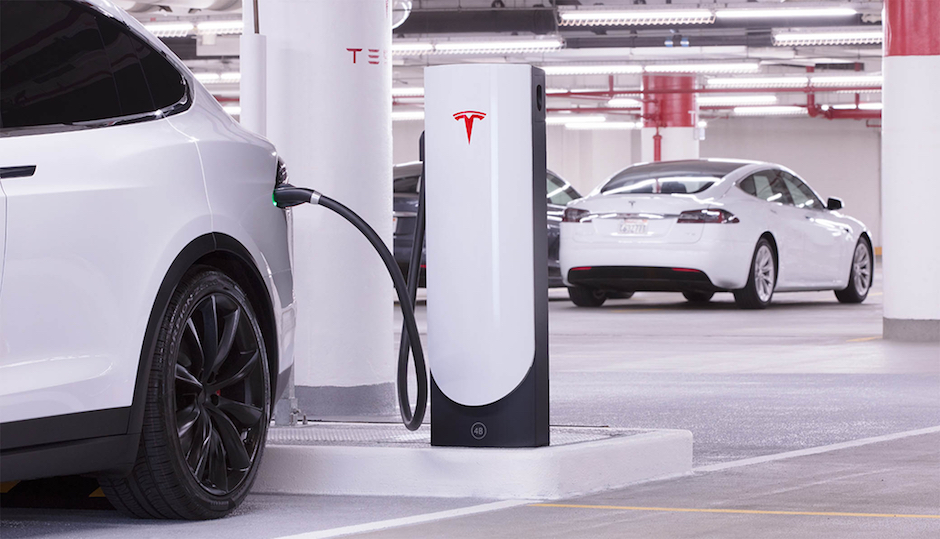 On Monday, while you were spending more than usual to fill up your gas-powered vehicle, electric automaker Tesla announced plans to bring its new super-fast Supercharger charging stations to urban areas around the country, and Philly is on the list.

But once the Tesla Superchargers arrive, you’ll be able to get a full charge in as little as 30 minutes.

Tesla isn’t telling anyone exactly where their new Superchargers will be in Philly, but the company prefers to put them outside of grocery stores and other shopping centers. So we’re putting decent odds on a location at or near the newish Whole Foods in Fairmount.

Think about it: Your Tesla would fully charge while you shop for organic sprouted watermelon seeds and grab a quick Cheu Noodle Bar lunch. Your Tesla app tells you when it’s time to get back to the car.

This isn’t just about the convenience of Philly Tesla owners. The way Tesla sees it, the new abundance of Superchargers — Tesla says it will soon have close to 7,000 of the high-speed chargers throughout the United States — will allow Tesla owners all over the country to do long-distance trips without worrying about power.

You can input your destination on the Tesla app, and the app’s trip planner will come up with navigation that includes a full recharging plan.

Tesla has also figured out a way to deal with one of the most annoying aspects of old-school gas stations: The dreadful person who leaves their car at the pump while they go inside to buy a cup of coffee and play the Powerball. If you don’t move your Tesla within five minutes of charging completion, you’ll get hit with an “idle fee.” As it should be.

Speaking of fees, your gas isn’t free, and neither is the electricity being delivered to your Tesla. The company estimates that a Tesla owner using a Supercharger spends roughly half what a gas buyer pays at the pump.

The Philly Supercharger is expected to roll out by the end of 2017. Other locations are planned in King of Prussia, Cherry Hill, Mt. Laurel, and Plymouth Meeting.