OPINION: Neighborhoods Are Bearing the Cost of the Conrail Heroin Camp Cleanup

Nickels: What was the city thinking when it dispersed 100 people without a plan to regroup or redirect them? 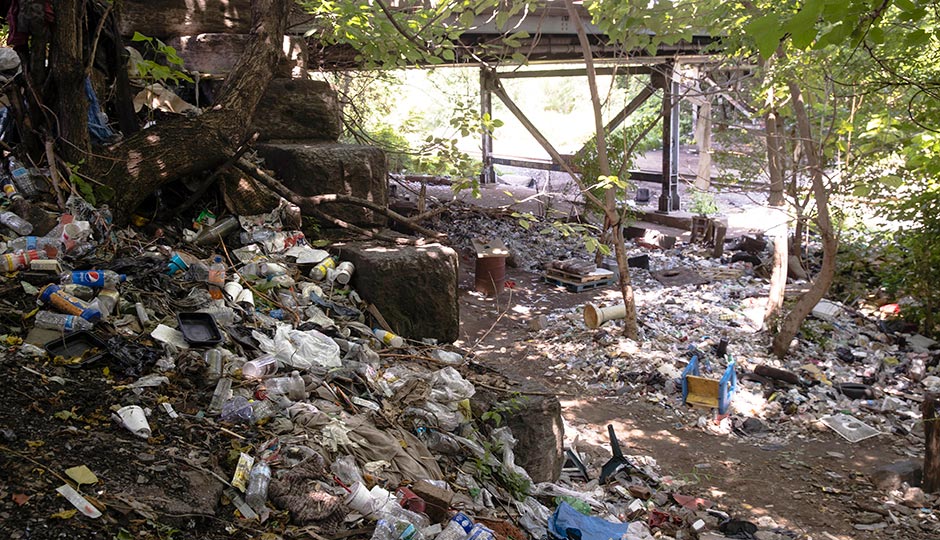 When the city demolished the Conrail drug community in Kensington, it was as if Carrie Nation herself had returned from the grave to swing her axe in righteous indignation. Deprived of a community, the opiate addicts scattered like refugees — only they did not, like the People of the Book, find a Promised Land. They filtered into the surrounding neighborhoods alone or in small groups and set up camps at Frankford and Allegheny and on Emerald Street — aka Emerald City, an Oz opiate safe space, at least for now.

What was the city thinking when it dispersed 100 people without a plan to regroup or redirect them? Elvis Rosado, education and outreach coordinator at Prevention Point, an agency that offers harm-reduction services to drug users, believes that the city was hoping that the “modern-day lepers” would just disappear. But disappear where? The addicts who settled at Frankford and Lehigh were not there long, thanks to the pushback from developers who want to convert the area into Kensington’s version of Northern Liberties’ Piazza.

Many of the opiate homeless have makeshift tents under I-95 or in the woods around the Conrail tracks. Some have spread out into the surrounding neighborhoods, to public parks like Campbell Square, where they nod off on benches as young children play. Since the Conrail Diaspora, Port Richmond and Fishtown residents have experienced a spike in porch thefts. Patio furniture, potted plants, and even UPS packages in doorways — in short, anything that’s not nailed down — disappears in a flash. The more desperate vagabonds canvass the streets checking for open car doors while throwing away their used needles as if they were Mentos candy wrappers.

Of course, many addicts would like to get help if they could, but the problem is that the city does not have the funds or the resources to rehab them correctly.

Rosado, who spoke at the Richmond Branch of the Free Library before a contentious audience earlier this week, has a compassionate tough-love view of addiction and addicts. The room suddenly got quiet when he said that the city only has 60 available detox beds, and that the treatment slots are also severely limited, forcing addicts into seven-day “breeze through” rehabs that do little to rehab anyone. The city’s rehab programs used to last anywhere from three months to a full year.

Many in the audience blamed the increase in opiate traffic to the breaking up of the Conrail camp. The city is coddling addicts and giving them free stuff, one person said. Mayor Kenney’s name came up repeatedly, but not in a positive way. Someone suggested that addicts who refuse treatment should be incarcerated. Another asked, “What do we have to do to get the city’s attention? Block traffic?” Rosado, unruffled, listened patiently. “You can’t incarcerate the problem away,” he said. “They go to prison for six months to a year, then come out homeless and back to Kensington Avenue.”

He’s right. Prisons have become nothing but holding cells that do nothing for drug violators except push them farther into a downward spiral. Gone are the days when prisons used to offer drug rehab programs and education.

He said the best way for Philadelphians to deal with the problem is by forming neighborhood groups that “defend your little block,” even though the problem is far too vast ever to be solved: “It can only be alleviated.”

That’s because the problem has been growing for decades. Before the redevelopment craze hit the city, addicts were hidden away in the city’s many abandoned houses. Politicians and others also assumed that because drugs didn’t affect kids from good families, it didn’t matter.

Now the entire nation is in the midst of a crisis. “We’ve been sleeping,” Rosado adds. That’s why it feels like we’ve been hit by a bomb.