The Pa. Congressman wants to use shuttle buses while investigators probe the cause of a crash that injured roughly 40 people this week. 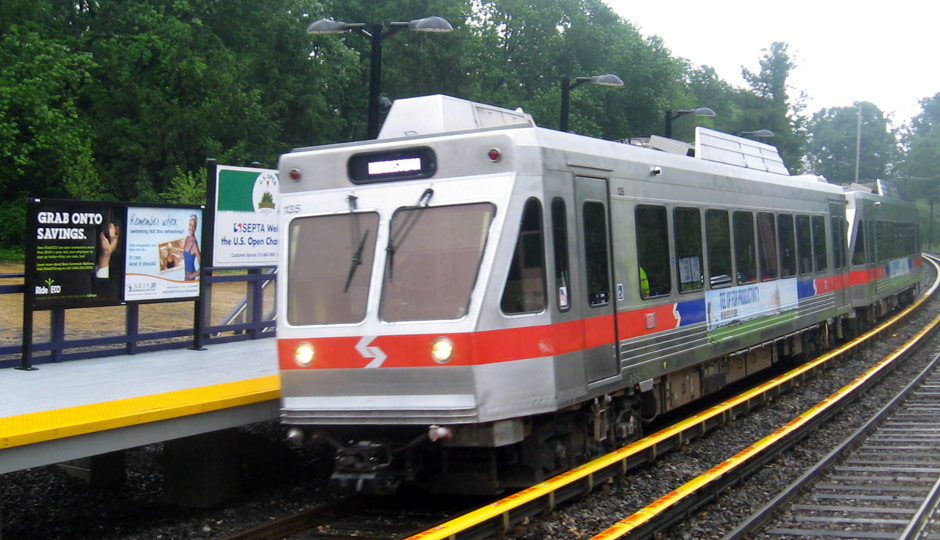 Photo by Peetlesnumber1 via Wikimedia Commons; used under a Creative Commons License

Pa. Congressman Bob Brady wants SEPTA to shut down the Norristown High Speed Line while a federal investigation unfolds into the cause of a crash that injured more than 40 people this week.

The National Transportation Safety Board is probing the collision, which occurred early Tuesday morning when a train carrying 41 passengers and an operator struck an unoccupied parked train at the 69th Street Transportation Center.

Brady visited the site of the crash on Friday morning, three days after federal investigators said it would likely take up to a year before the cause of the incident is determined. Brady said that until officials are aware of exactly what happened, SEPTA “needs to err on the side of caution and in the best interests of the riding public.”

He pushed for investigators to fast-track the probe and suggested using shuttle buses along the route in the meantime.

The crash seriously injured at least four people and made national headlines. Officials aren’t yet sure what caused the collision, but the NTSB maintains that it will notify the public of any immediate safety concerns.

A passenger sued SEPTA over the crash on Wednesday, claiming the train was operating at an excessive speed and the driver, who hasn’t been identified, seemed “rushed.”

Neither SEPTA nor the NTSB has said whether speed was a factor in the crash. This week, speed limits along the route were adjusted from 55 mph to 30 mph in one zone and from 30 mph to 15 mph in another, which a SEPTA spokesperson called a “precaution.”