The Best Thing That Happened This Week: The Union (The Union!) Stacks the MLS Team of the Week

Three players made the honors roster after their 3-1 trouncing of mighty FC Dallas. 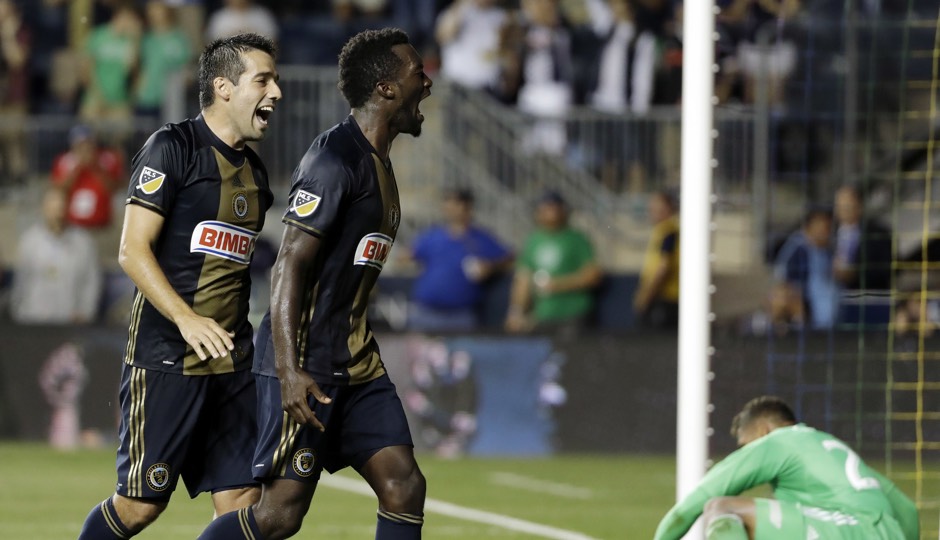 What, you thought we were going to get all excited about the Phillies pounding on the Braves again? Or maybe jump up and down about Matt McGloin? No way, man. We’ve been around this block. And we’ve been keeping our eye on the lone local team that’s been labeled “ascendant” — the Philadelphia Union, our MLS squad. Last weekend they spanked mighty FC Dallas, a team they’d never before beaten, on the Union’s home pitch, before a delirious crowd. The night also marked the first-ever use of video review (ahem ahem brush lapels) in MLS history, via which a Dallas goal was disallowed on account of the dude who assisted on it fouled Union goalie John McCarthy in the process. Speaking of McCarthy (a four-year starter for La Salle, by the way), he was playing in goal in place of superstar Andre Blake, who wound up with seven stitches in his hand in the U.S. team’s CONCACAF Gold Cup final win. And all McCarthy did was play well enough to be named to the MLS Team of the Week, along with teammates CJ Sapong and just-one-name-thanks Brazilian native Ilsinho. Oh, and their coach, Oreland, Pa., native and former Villanova star Jim Curtin, got the nod, too. You ought to come out to beautiful Talen Energy Stadium in Chester and see these guys, yo. They’re looking good!