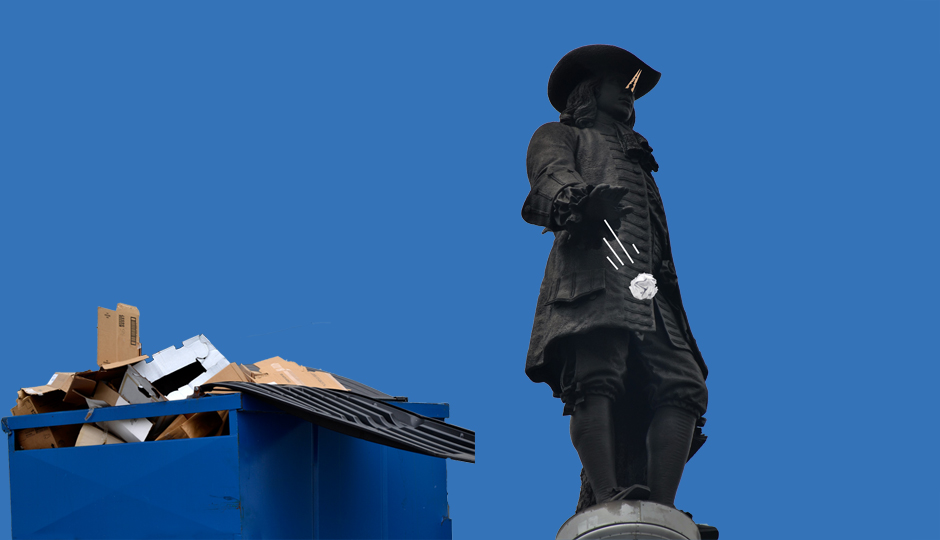 This week, under the executive order of Mayor Kenney, the city’s Zero Waste and Litter Cabinet unveiled its plan to help reach the mayor’s extremely lofty goal to help Philadelphia emit zero waste by 2035.

Get this – the city disposes nearly one ton of waste for each of the roughly 1.5 million people living here annually. That garbage is, of course, taken from our curbsides to landfills and incinerators for disposal. But with these spaces filling up and the growing concern that incineration is more harmful to the environment than it’s worth, the mayor has proposed that Philadelphia eliminate both methods for remediation.

“So, while everyone knows cleaning up litter is important, we also have to concentrate on reducing waste before it has the chance to become litter,” Kenney said in a release from his office. “I appreciate the Cabinet’s hard work on this Action Plan, which I believe is a great blueprint for achieving these vital goals.”

The problem is a large swath of ignorant Philadelphians just don’t give two shits about the environment, or at least not enough to take the time to separate their trash and waste from recycling. The city’s commercial recycling rate was 45.4 percent, and its residential recycling rate was 20.3 percent in 2014. Estimates show 400,000 tons of organic waste (think food scraps and yard waste) is mistakenly thrown away as trash in Philadelphia each year.

“This effort encourages everyone to rethink the items they use daily and even sparingly and asks residents, visitors and Philadelphia businesses to consider the impact the items they use have on our city’s systems, environment and infrastructure.” said Carlton Williams, Streets Department commissioner.

So what does the special committee’s plan have to say? The Cabinet identified several measures to help reach Kenney’s goal:

• Advocate for products that eliminate need for incineration or landfill burial.
• Recover items for reuse, resale, recycling or utilization as waste to energy material – City’s goal is 10% waste to energy by 2035.
• Implement processes to manage flow of resources, and waste created by different communities, sectors and institutions.
• Promote low-impact or reduced consumption lifestyles.
• Encourage reuse of discarded materials to stimulate local economic and workforce development.
• Improve access to recycling and opportunities for organic material recycling.

While I’m all for this effort to create a more environmentally friendly and sustainable Philadelphia, this is a tall order. Our streets are riddled with litter – and not just in lower-income sections either thanks to those fucking awful trash cans the city placed around town.

But hey, at least Kenney gave himself some good runway to get this thing accomplished! Reminder to self: Start setting goals almost 20 years in the future to account for copious amounts of procrastination…

You can view the Cabinet’s full plan here and make sure to also check out the city’s fancy new data-driven website CleanPHL while you’re at it.