We chat with the transgender activist on being a Philly transplant, spreading HIV awareness, and confronting Gayborhood racism. 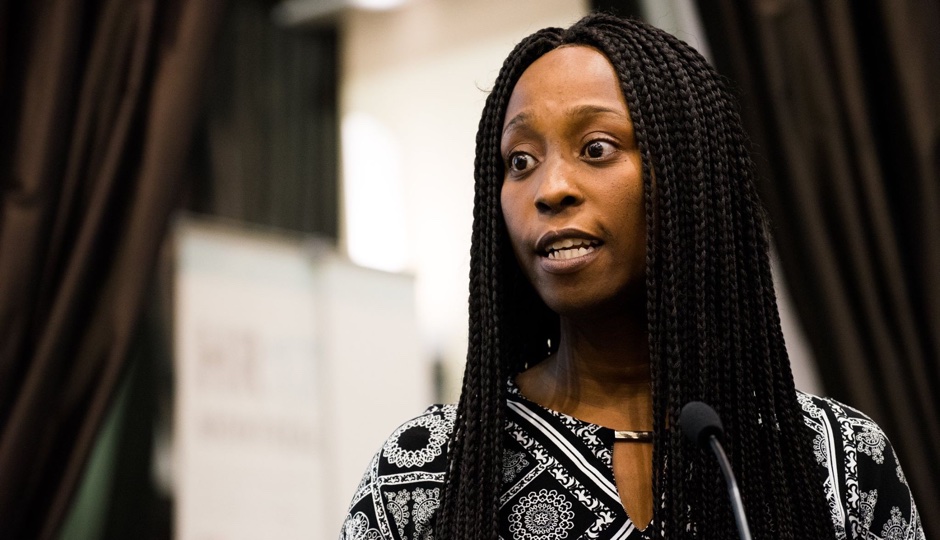 Tiommi Jenae Luckett is a transgender activist and HIV awareness advocate. We chat with the fearless social justice champion on Arkansas, living with HIV, and confronting Gayborhood racism as a Philly transplant.

Tell us a little bit about yourself.
I am from a small town in Arkansas called Helena, in which there were about 7,000 residents. I lived in Austin, Texas, for three years before going back home and getting serious about college. I’m the sixth of eight children. I was raised in a two-parent household until I was 19 years old and the twins graduated high school. My father was a seasonal worker on a farm, and my mother was a stay-at-home parent until I graduated high school. I always felt as if I was different from the other members in my family, but I didn’t have a word for it. It turned out years later, the word I was looking for was “transgender.” Regardless of my lack of self-identification, I always had my mother’s unconditional love and support. I distinctly remember after going back home at 19 a conversation in which I told her that I had started smoking cigarettes. Her response was, “I’d love you even if you were gay.” As good as that felt to have that unwavering love from her, that was not a conversation I was having because I never identified as gay.

I worked several meaningless jobs after high school because I wanted to be independent. I was a dishwasher, a server, a retail sales associate and several other things before leaving my hometown and moving to the capital city of Little Rock. It was there that I began to come into who I am and the things that affected me personally and professionally.

What has your experience been like in Philly so far in comparison to your hometown?
Honestly, Philly has been amazing, and it has only been made better by having a community of people who understand what it means to be transgender in an anti-trans society. In Arkansas, I was primarily alone. Sure, there are trans people in Arkansas, but the majority of those whom I encountered were white and were very white-centered in their thinking. When I started my advocacy, I was simply a person living with HIV, but due to my work in that arena, trans folks from Arkansas became interested in me and wanted to work with me. I literally became the poster child for all issues trans in Arkansas. Here in Philly, I feel the community in Philly is more genuine because we are united not only through experience, but also because we stand together to dismantle discrimination and oppression of black and brown trans people.

You have been very vocal about the recent uproar surrounding racism in the Gayborhood. How do you feel about the Trans Equity Project (formerly the TransHealth Information Project) dropping its collaboration with COLOURS after they announced a partnership with ICandy?
I honestly feel COLOURS’s collaboration with ICandy is a colossal slap in the face of black and brown LGBTQ folks in Philly. This organization was not transparent in its plan to work with ICandy owner, and those of us who are not sleeping sheep can see that this is simply a bottom-line type of deal. To be honest, COLOURS never felt to me as if it was an organization geared toward the liberation of trans people. When TIP hosted its drop-in there, the atmosphere felt very much like us and them. I felt as though I was put under a microscope when I walked into that organization.

When the announcement was uncovered, I was furious and I took to social media because I honestly didn’t know any of the collaborators in this clusterfuck. I did know that I didn’t want to be associated with them at all. COLOURS’s collusion in all of this was felt on a very personal level when the current director asserted lies about a very close friend/comrade/brother and ineffectively went after his job security. Any one who can choose money over community is not the type of leader that I stand with. They are also not the type of leaders I call in. I will definitely call their asses out, though. If I have made enemies out of people who share similarities with me, then so be it. The truth stands alone. If anyone involved is upset with me because I am new to Philly and vocal, then they can get their antacids on deck because I’ve only begun to scratch the surface.

What is one common misconception that is still running rampant about transgender individuals in Philly that you want to go away, and why?
One common misconception about transgender individuals is that we want “special treatment.” That could not be further from the truth. The truth is we want equal protection under the law. To be clear, we are not fighting for equality (rights). We are fighting for equity (access). I want to be able to access the sidewalk without fear that I won’t make it home again. I want to be able to access public transportation without harassment. I want to have access to public accommodations without having to fight someone for their belief that I don’t belong. I want to have access to living a life free of discrimination simply based on the fact that I am transgender as the only qualifier for blatant hate and oppression.

You are a national HIV awareness advocate. What is one tangible action you think will help garner more support for those living with HIV in Philadelphia?
In Philly, I have noticed a trend within the trans community living with HIV: No one wants to talk about it. HIV is still so heavily stigmatized in 2017, over 30 years after the first known case of GRID (Gay Related Immune Deficiency). I’ve heard conversations where trans women living with HIV were shamed about taking their HAART. I’ve heard trans women being shamed because they are living with HIV, and this shame came at the hands of those who were either not honest about their status or those who are negative. Either way, I, and other trans people living with HIV, did not contract it from ourselves. We need to not omit anyone from the liberation of all trans people. The odds are already stacked against us, so the only way that we can fight this thing and win is by being together.

If someone asked you what is the state of LGBTQ people of color in Philadelphia right now, what would you tell them?
I would tell them that LGBTQ people of color in Philadelphia are in a state of emergency because there are two factions of the LGBTQ community of color. One sect wants nothing more than the complete liberation of our community, with which I am proudly and boldly standing, while the other is complicit with the status quo and the subtle ways in which racism plays out in the Gayborhood. Those two are at odds, and it distracts from the true oppressor, white supremacy. It saddens me that we still have to deconstruct colonized minds within our own sub-communities. But nothing changes if nothing changes.