Police Chief Richard Ross responded to President Donald Trump's recent call for law enforcement officials not to be "too nice" when arresting suspects. 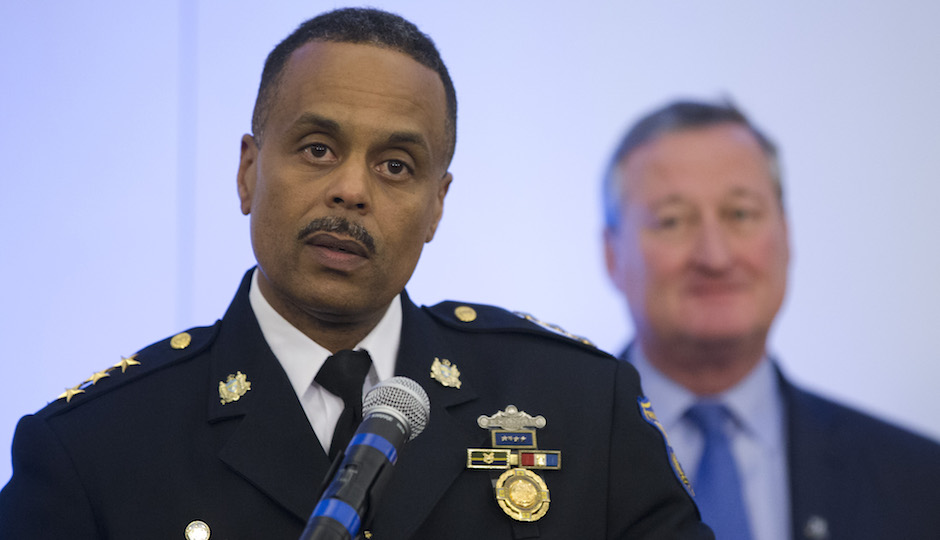 In a clear message to President Donald Trump, Philly Police Commissioner Richard Ross denounced the “mistreatment of prisoners” in a tweet shortly after Trump told law enforcement officials not to be “too nice” to suspects they transport.

Trump’s comments, which were delivered during a speech in Long Island on Friday, have drawn criticism from officials across the country who say they’re concerned that the president’s words could be interpreted to advocate unnecessary use of force or police brutality.

Our dept does not condone the mistreatment of prisoners. We have and will continue to treat arrested persons with respect and dignity

During the address on Friday, Trump called for immigration officers to help arrest members of La Mara Salvatrucha (also known as MS-13), a brutal gang suspected of several killings on Long Island. The president told law enforcement officials to “Please don’t be too nice,” when transporting or conducting arrests of suspected gang members.

“When you see these thugs being thrown into the back of a paddy wagon, you just see them thrown in,” Trump said. “Rough.”

“Like when you guys put somebody in the car, and you’re protecting their head, you know, the way you put your hand over [their head] … You can take the hand away, OK?'” he added.

As a department, we do not and will not tolerate roughing up of prisoners.

The @POTUS made remarks today that endorsed and condoned police brutality.

GPD rejects these remarks and continues to serve with respect.

Portland Police Bureau officers are expected to treat everyone with dignity & respect, even when they are a suspect. https://t.co/f2bdGCIbcr

To be clear, inappropriate attempt at gallows humor does not reflect values of respect & commitment to constitutional policing of profession https://t.co/lGJeLa6nm1

I do not agree with or condone @POTUS remarks today on police brutality.

Those that applauded and cheered should be ashamed.