OPINION: What New Jersey Really Should Do to Decrease Smoking

Forget raising the smoking age — smokers need to pay the full cost of their habit. 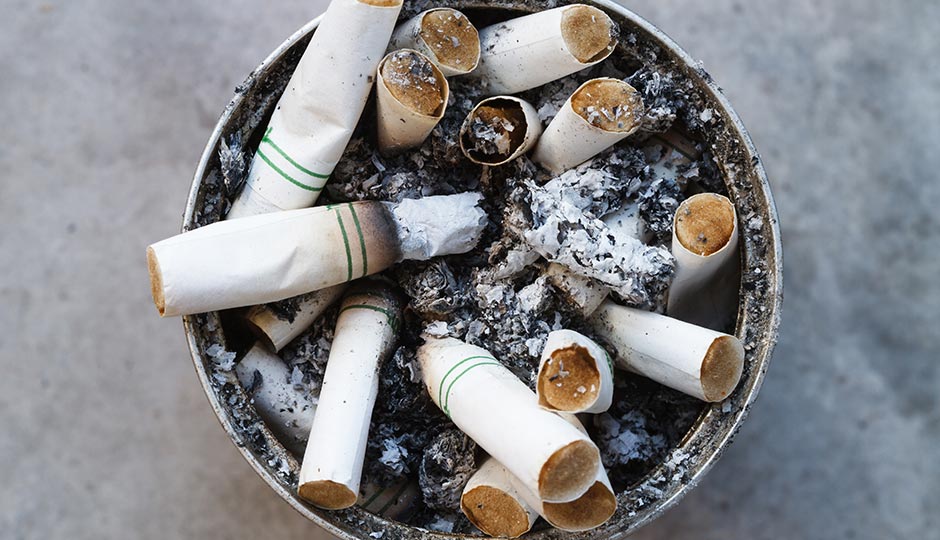 I used to smoke up until my mid-20s. And then I stopped. Partly because I married a nonsmoker, but also because I started seeing this image of the smoke I inhaled filling up my lungs and infecting my body. That image gave me pause. Would I want my kids one day to be smokers? Of course not. We all know how bad it is. So why kind of example would I be setting if I smoked?

Yet still, lots and lots of people still do it. In fact, according to the Centers for Disease Control and Prevention, 15 out of every 100 adults in the U.S. are smokers – that’s about 36.5 million adults. Many of these smokers are intelligent, hard-working people who have access to the Internet, are aware of the health risks, read the dire warnings on their cigarette packages, and likely know a relative or friend who has died from something related to the habit. And yet they still spend anywhere from $5 to $13 for a back of Marlboro Reds, depending on where they live. This is not good judgment – and unfortunately it affects me.

Governments try to their best to discourage smoking. For example, just last week, New Jersey passed legislation that increased the legal age to buy cigarettes from 19 to 21. They’re not the only place ones doing this. New York City, Chicago, California and others have approved similar bills.

Unfortunately, it’s an idea that just won’t work. People under the age of 21 in New Jersey will still be able to get their hands on their cigarettes. You think the 7-11 guy really cares? They’ll find an older friend who will buy them a few cartons or a pal at school who can get his hands on what they need. They’ll buy cigarettes online — from legitimate sites or places on the dark web. Or, even easier, they’ll hop over to Pennsylvania. Raising the smoking age to 21 isn’t going to stop high school kids from getting their cigarettes any more than it stops them getting their hands on beer or weed.

Maybe smoking should be illegal, period. I realize that making it illegal would affect those 36 million smokers. But 85 percent of the population are nonsmokers who have to pay the price for those 15 percent. If we were to hold a referendum today outlawing smoking, doesn’t it seem possible that a majority of those 85 percent would vote in favor? Of course, making it illegal would create a crisis in the tobacco and convenience store industries, which employ tens of thousands of people and rely on cigarette sales for their profits.

But at what cost? A 2014 Reuters report found that smoking accounts for 8.7 percent of all healthcare spending – or $170 billion a year. “Smoking kills about 480,000 Americans each year and remains the leading cause of preventable death and disease in the United States. No matter what age, it is never too late to quit,” said a researcher from the Centers for Disease Control and Prevention. That’s a much bigger number than those employed by the tobacco and convenience store industries.

I’m still not sure I’m there yet on criminalizing tobacco. But I do think that governments should significantly step up the pressure on smokers, and not just by approving some lame, hard-to-enforce law that increases the smoking age. Raise taxes even more. Require doctors to identify smokers so that insurance companies can double their premiums — or better yet, deny coverage. Allow business owners like me the right to pass over job candidates who smoke or to put in place wellness plans that punishes smokers with less compensation.

I respect people’s right to smoke. But I don’t respect their judgment for doing so. And I resent the added costs I’m forced to incur because of their bad decisions. Unfortunately, raising the legal age for smoking won’t do much to solve that problem.