SpectrumScores aims to connect LGBTQ patients with the right providers to cater to their unique needs. 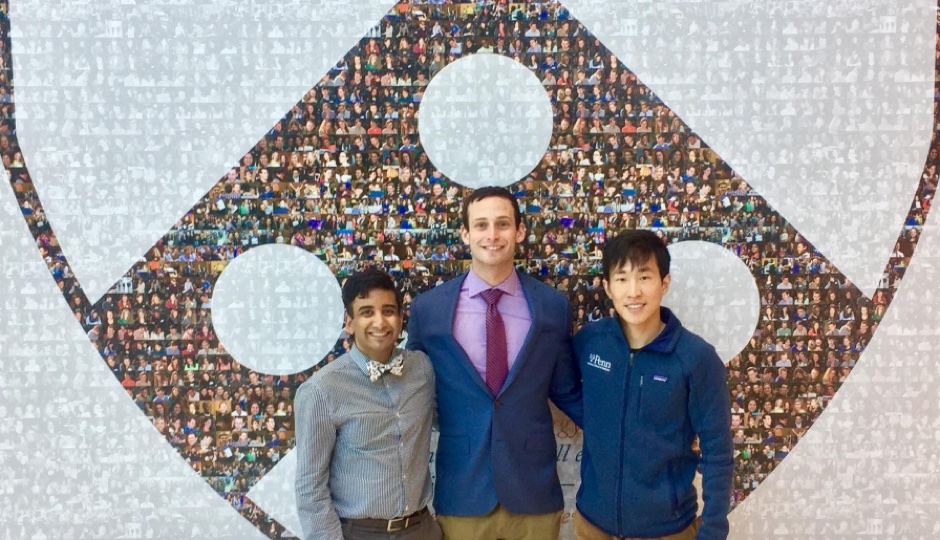 Three University of Pennsylvania medical students have created an app that they hope will put an end to LGBTQ healthcare disparities.

SpectrumScores, being developed by Phil Williams, Jun Jeon, and Naveen Jain, plans to connect LGBTQ patients with the right providers to meet their unique needs. The concept came from the team’s shared negative experiences with providers they described as “well-meaning but under-informed” coupled with their understanding of “how much of a significant impact an LGBTQ competent provider can make.”

“SpectrumScores isn’t just an app, it’s a mission,” Jeon said. “Accessibility to proper healthcare is a fundamental human right, no matter where you lie on the spectrum.” The app comes at a time in which such a right has yet to be achieved across the board: A recent nationwide study showed that more than half of LGBTQ patients face discrimination in healthcare settings.

The SpectrumScores team interviewed more than 100 LGBTQ patients in the city, and their input inspired the app to allow users to search, rate, and review providers based on several LGBTQ-specific metrics. In addition, users will be able to filter providers by relative distance, conditions treated, insurance accepted, languages spoken, and more to make finding the right fit as easy as possible.

“We envision building a community where LGBTQ+ patients can leverage their experiences so that nobody has to feel left in the dark anymore when it comes to healthcare,” added Williams. In conjunction with national LGBTQ advocacy organizations, SpectrumScores also plans on developing recommendations for providers who are not up to par, hoping to “sustainably bolster healthcare access” for LGBTQ patients nationwide by offering concrete steps for improvement.

The app has gotten some national buzz. In April, SpectrumScores was awarded the “Audience Choice” award at Sling Health’s National Demo Day, a healthcare startup competition featuring teams from universities across the nation.

The team plans on launching the app at the end of August in selected cities, including Philadelphia; more cities will follow. “Having an opportunity to work on something so meaningful in medical school is a blessing,” said Jain. “We can’t wait to show you all our finished app soon!”