Despite being new to Philly, the wide receiver’s young sons already know the Birds fight song. 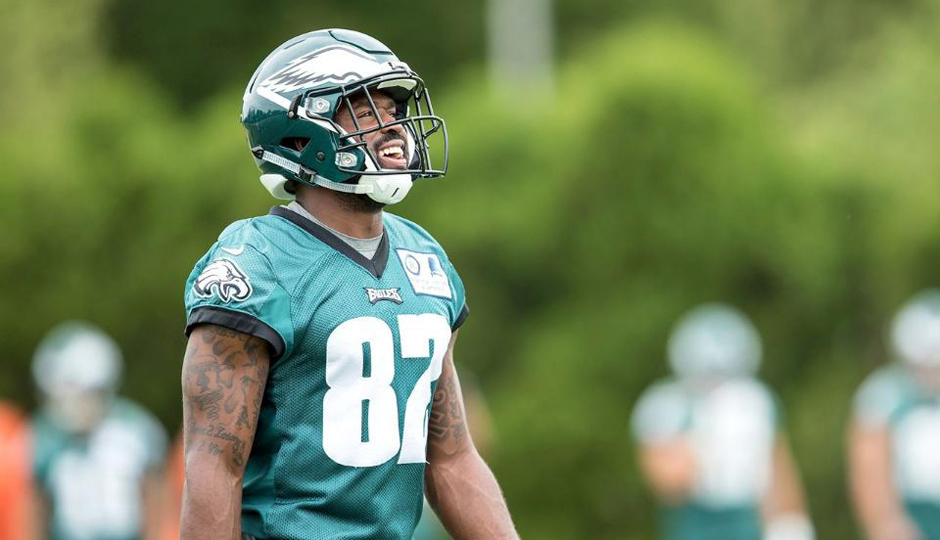 The Eagles opened training camp at the team’s NovaCare Complex on Monday with rookies and a few select veterans reporting for work in South Philadelphia. New wide receiver Torrey Smith wasn’t among those practicing today – full-team workouts begin Thursday – but he showed up to camp early with two special guests by his side:

What a cool dad, right? As if Smith needs any more evidence to launch his campaign for Philadelphia Father of the Year, look no further:

HOW CUTE! Torrey Smith's son is pretty pumped for this season! pic.twitter.com/hDNViUuD24

The Virginia native already has his kids speaking like locals despite being an Eagle for just about three months now. Smith’s wife, who grew up in Conshohocken, no doubt reinforces this behavior.

Now all we need is footage of young T.J. screaming the chant following yet another embarassing Phillies loss to complete his Philadelphia baptism.

Torrey Smith out here playing soccer with his kids pic.twitter.com/2iqW3jDeLQ