Trump’s ICE Chief Promises to Crack Down on “Sanctuary Cities”

The agency plans to beef up resources in sanctuary cities like Philly. 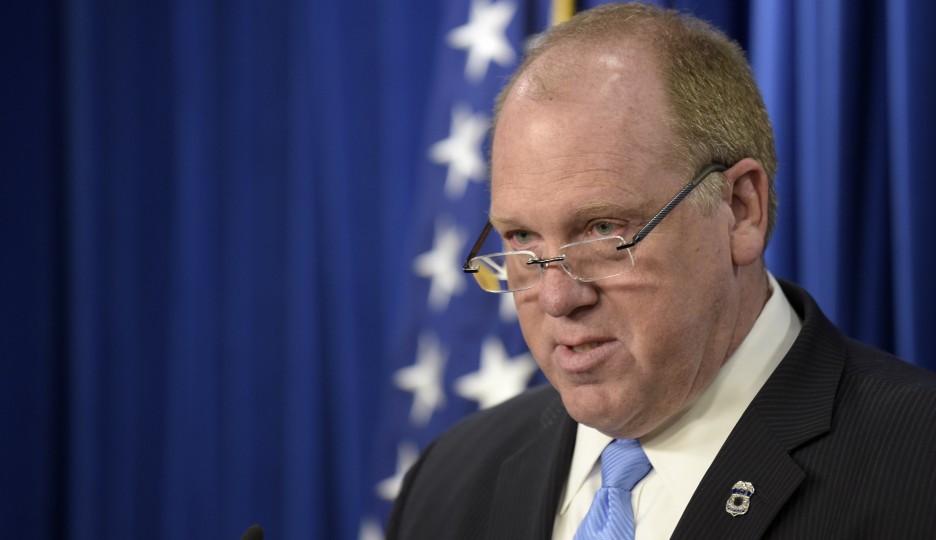 The acting director of Immigrations and Customs Enforcement wants to further crack down on so-called sanctuary cities.

In a recent interview with the Washington Examiner, Thomas Homan said the agency plans to use a portion of the 10,000 new hires recommended in an executive order by President Donald Trump earlier this year in a crackdown on what he called “ludicrous” sanctuary cities.

“In the America I grew up in, cities didn’t shield people who violated the law,” Homan told the publication. “What I want to get to is a clear understanding from everybody, from the congressmen to the politicians to law enforcement to those who enter the country illegally, that ICE is open for business.”

In Philadelphia and across the nation, ICE arrests – including arrests of noncriminals – have risen notably under Trump. In its war on “sanctuary cities,” the Trump Administration has repeatedly threatened to strip Department of Justice funding from municipalities in defiance of 8 U.S. Code § 1373, which mandates that all jurisdictions must communicate with federal agencies and the Immigration and Naturalization Service. A federal judge has since blocked that attempt for several reasons.

At this time, it’s unclear how the funding threat or Homan’s crackdown on sanctuary cities would actually affect Philly.

A ICE spokesperson said there is no specific operational plan in place yet for the 10,000 impending hires, which haven’t yet been authorized by Congress. But the agency plans to allocate resources toward jurisdictions that don’t cooperate with detainer requests, the spokesperson said.

An ICE detainer is a written request that a local jail or law enforcement agency detain a person who has been arrested on local criminal charges past that person’s release date. The request gives ICE time to decide whether or not to take the person into federal custody for removal purposes.

Philly only responds to detainer requests if ICE has a judicial warrant, which is issued for people with prior felony convictions, including violence. The city does not honor “administrative warrants,” which officials with the Office of Immigrant Affairs claim are “a more formal way for ICE to say, ‘please hold onto the person because we want you to.'”

Lauren Hitt, a spokesperson for the Mayor’s Office, said the city has no plans to change its immigration policies. In response to Homan’s pledge to crack down on sanctuary cities, Hitt said the city’s “policies make Philadelphia safer, not less.”

“If victims and witnesses are afraid to report crimes to the police that allows the bad guys to stay on the streets,” she added. “If ICE targets so called sanctuary jurisdictions, they will be endangering all the residents of those cities.”

A recent study from the Pew Research Center claims that Philadelphia is home to about 50,000 undocumented immigrants. Though city officials sometimes reject the title, Philly is often referred to as a sanctuary city, a term that has not been officially defined outside of the DOJ’s interpretation.

Mayor Jim Kenney and other officials have vocally support immigrants’ rights prior to and throughout Trump’s presidency. In April, City Council passed a resolution “recognizing every person’s fundamental right to earn a living, regardless of immigration status, and affirming the City of Philadelphia’s commitment to protect and secure a safe and dignified workplace for all.”