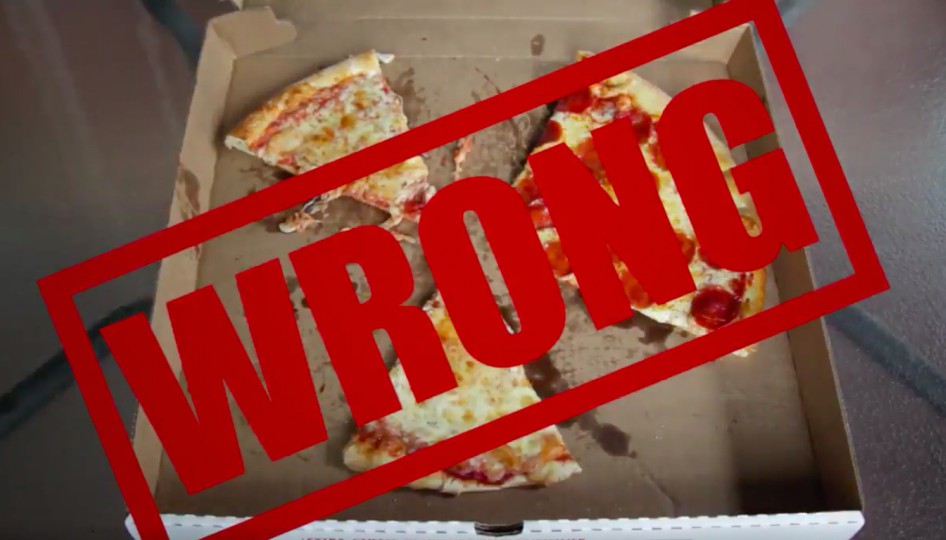 The city of Philadelphia has a helpful reminder for environmentally-concerned pizza-lovers: you can’t recycle greasy pizza boxes.

According to the Streets Department, not all pizza boxes (or pizzas?) are created equal. If you somehow manage to eat an entire pizza that leaves no trace of grease on its box, you’re good. Go ahead and recycle that cardboard. (And maybe pat yourself on the back.)

Here’s why the grease makes a difference, per Stanford University:

Pizza boxes are made from corrugated cardboard, however the cardboard becomes soiled with grease, cheese, and other foods once the pizza has been placed in the box. Once soiled, the paper cannot be recycled because the paper fibers will not be able to be separated from the oils during the pulping process. Food is a major source of contamination in the various paper categories.

Philly311 tweeted out the message, courtesy of the Streets Department, on Monday.

Did you know you CAN'T recycle greasy pizza boxes? Only the non-greasy cardboard can be recycled. Thanks @philastreets! pic.twitter.com/v8woqKZ8Dv

The tweet inspired some discussion as to whether or not it’s even possible to eat a pizza without leaving behind a greasy box:

Sure have. Not saying it's better non greasy but it depends on where you are ordering from.

And some other input.

Both Philly311 and the Streets Department frequently tweet out handy recycling tips. According to 6ABC, they’re upping the reminders in effort to help the city reach its “zero waste” goal, which includes plans to drastically reduce waste by 2035, largely by diverting trash from conventional landfills and incinerators toward recycling facilities.