The Best Thing That Happened This Week: The Phillies’ Premature Illumination

Is that a Roman candle or are you just happy to see me? 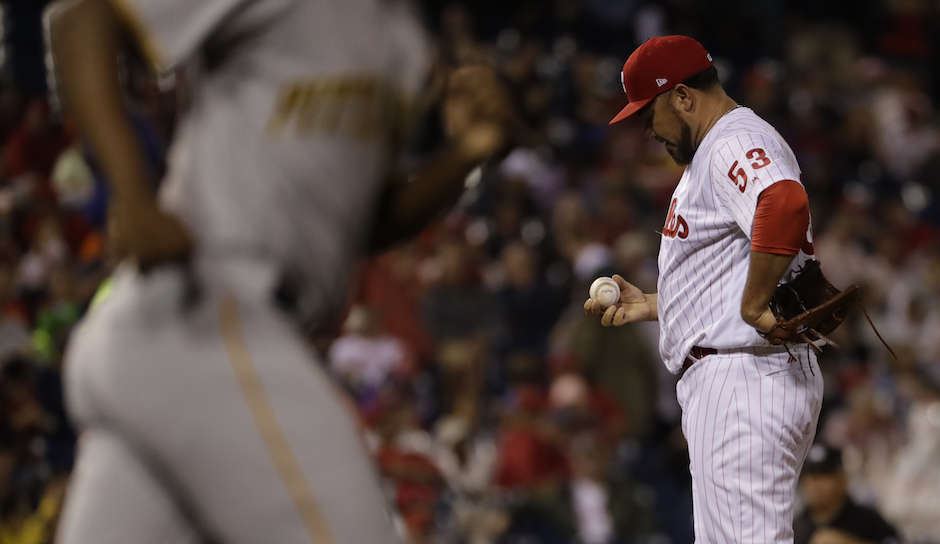 If you’ve been following the Fightin’s closely this season, you’re crazy. Was there ever a team that could find more innovative ways to lose games? Thursday night’s 6-3 loss to our same-state rival Pittsburgh Pirates dropped the Phils to a total record of 28 and 56—the worst in the Major Leagues. It was also a comedy of errors, with Jose Osuna throwing out Aaron Altherr and Odubel Herrera at second on consecutive plays and reliever Joaquin Benoit getting booed off the mound for giving up three runs in the top of the eighth, moments after the Phils had miraculously rallied to tie the game at 3-3.

There was one inadvertent highlight. In what was either a simple mistake or a complicated ploy to keep restless fans in their seats, someone behind the scenes pulled the trigger on the slated post-game fireworks in the seventh inning, with Pirates catcher Elías Díaz standing (bewildered) at the plate. In retrospect, this may have been the game highlight—and a metaphor for this whole sorry season of bad timing.