No one knows how (or why) the deer got in the water. 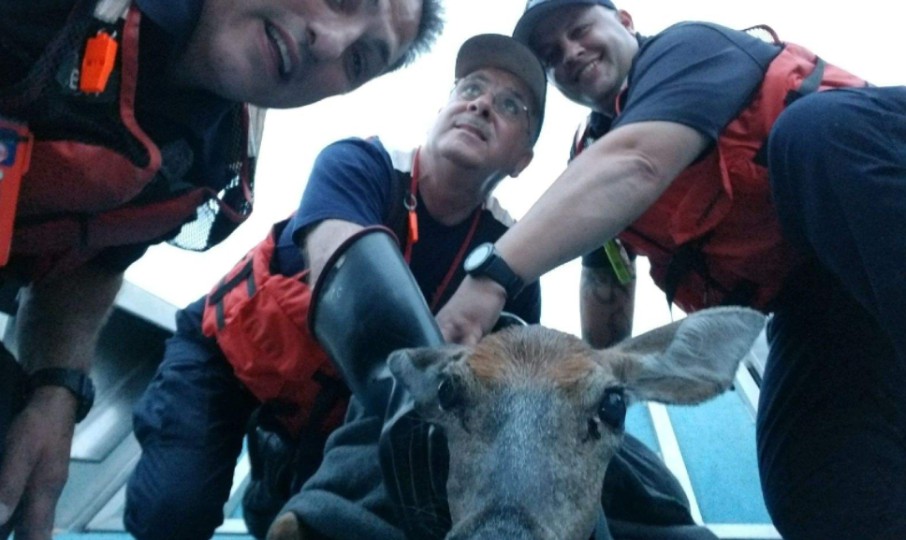 Photo via the Philadelphia Police Department

According to CBS3, officers with the department’s Marine Unit spotted the deer stuck in a mud flat near Penn’s Landing around 8 p.m. After about 30 minutes, they were able to pull it into the boat.

When we say "stay out of the Delaware River", we mean animals, too! Luckily for Bambi here, the PPD Marine Unit was nearby. D'oh – a – deer! pic.twitter.com/KhFLKnYbak

It’s not clear how or why the deer was in the Delaware (or that part of Philly). Maybe it was making a break for New Jersey (maybe, just maybe) and got a little stuck. Who knows.

Police say the animal was determined to be in good health and released.