A new mural painted on the side of the Lawncrest library branch celebrates the life of Philadelphia’s first female firefighter to die in the line of duty. 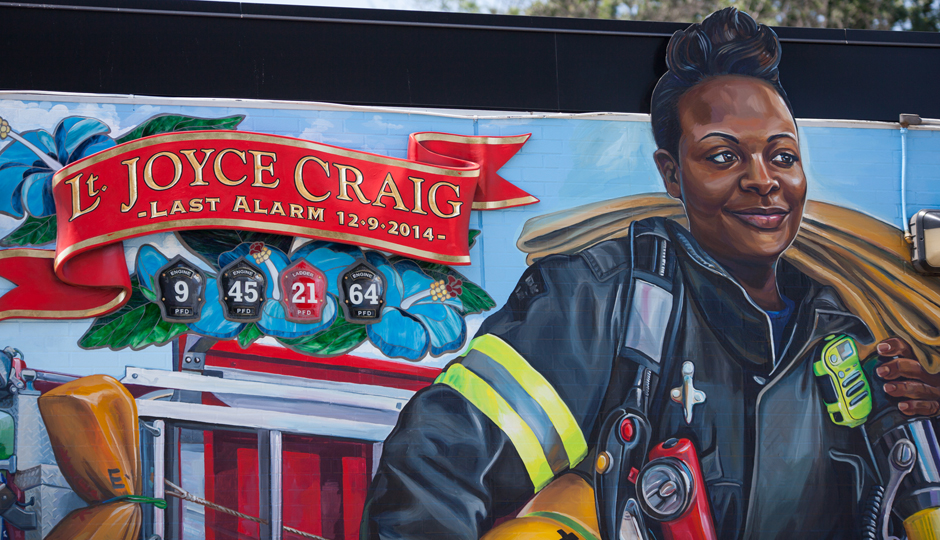 The latest project from the city’s Mural Arts program celebrates the life and memory of the first woman to die in the line of duty in the Philadelphia Fire Department’s 146-year history, Lt. Joyce Craig.

Unveiled on Saturday, a vibrant mural painted on the side of the Lawncrest Branch of the Free Library of Philadelphia (not far from Engine 64, Craig’s station house) depicts the courageous firefighter springing into action with a hose on her shoulder and a smile on her face – just as she did working that fateful overtime shift in West Oak Lane.

Honoring the ultimate sacrifice made by Lt. Joyce Craig with this stunning @muralarts artwork. #NeverForget pic.twitter.com/TorNJ6i8Cl

Craig died battling a December 2014 house fire on Middleton Street after investigators say she was left hanging by her back-up team, which took 21 minutes to arrive. Trapped in the dining room of the home, a report conducted by the National Institute for Occupational Safety and Health states that Craig died when the hose line on her outdated breathing apparatus burst and she lost available air.

“I didn’t know Joyce myself, but after Joyce’s passing, I asked a firefighter, ‘I said was she that good? He went, ‘she was that good and she was even better,'” Mayor Kenney said at the dedication this weekend.

The lead artist for the project was Nathaniel Lee, a Philadelphia-based muralist who has been with Mural Arts since 2007.

ICYMI: We dedicated this awesome @muralarts work on Saturday. "Everybody will be inspired to follow Joyce's lead." – @ThielAdam pic.twitter.com/C2apAKT7QL 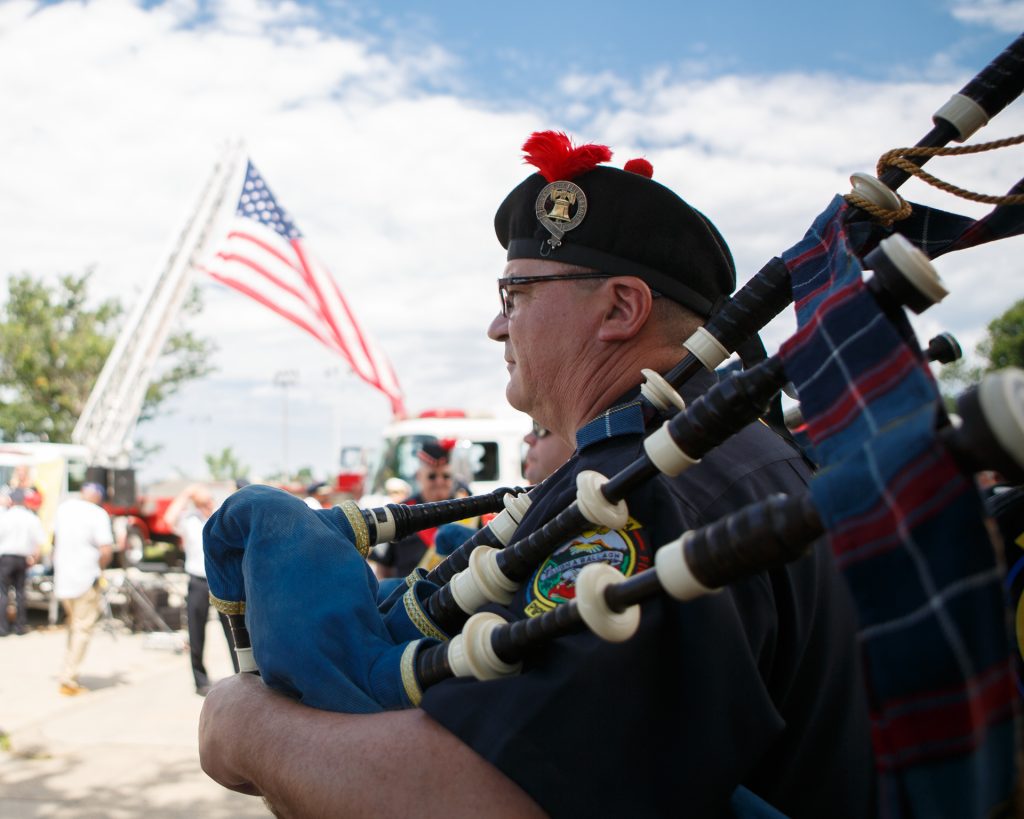 “Mural Arts is honored to do tribute murals in honor of our fallen heroes, such as our beautiful new artwork by Nathaniel Lee in Lawncrest, honoring firefighters Lt. Joyce Craig and James Hynes,” Jane Golden, Executive Director of Mural Arts Philadelphia, tells Philly Mag. “Murals make up the autobiography of our city— and while they sometimes represent moments of great loss and tragedy, they also reflect moments of light and life, heroism and courage. We believe it is vitally important to share these stories in public space and to ensure that the sacrifices of these brave firefighters and their families do not go unrecognized— that their stories live on for generations to come.”