The PPD Wants You to Drive With “Covfefe” 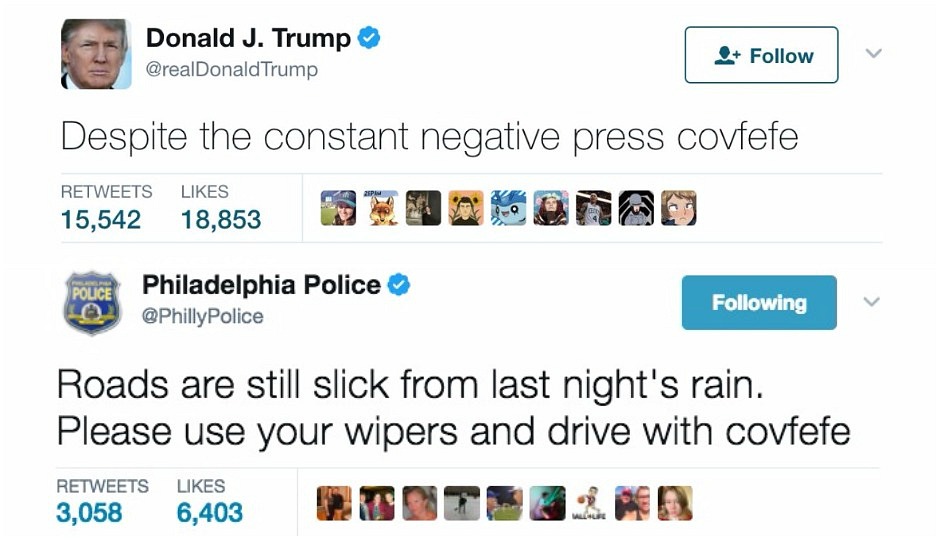 The word has inspired a slew of headlines like “Trump targets ‘negative press covfefe’ in garbled midnight tweet that becomes worldwide joke” and “What’s a ‘Covfefe’? Trump Tweet Unites a Bewildered Nation” and “Covfefe is a word now. Deal with it.”

These are, of course, appearing beside headlines that are much more pressing, like “Trump expected to withdraw from Paris climate agreement,” which you should definitely read. But because this is the internet and we love when silly things go viral, especially things like Trump’s distracting tweets, we present one of the best responses to “covfefe,” which comes from Philly’s own police department.

Roads are still slick from last night's rain. Please use your wipers and drive with covfefe

Philly Twitter was loving the PPD’s response this morning. 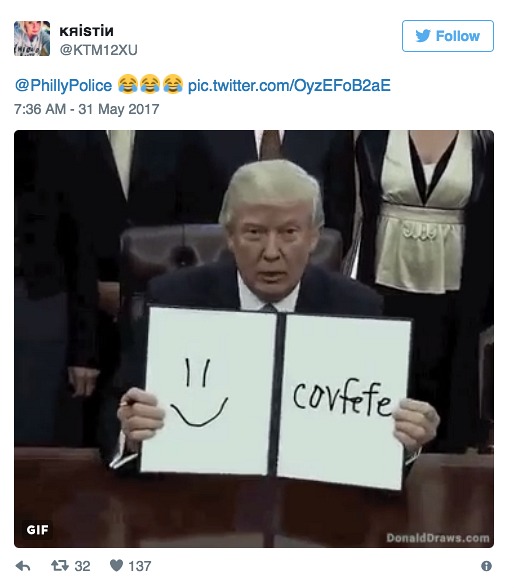 What donuts go best with #covfefe? Asking for a friend.

Can I get a ticket for driving with a broken covfefe? No one knows how to fix it.

truly, from the bottom of my heart, this is very well done

Though some, of course, did not appreciate the joke.

Maybe if Philly cops spent more time fighting crime and less with the funny stuff, it might be a livable city again like under Mayor Rizzo

Maybe get to work. I'm sure Philadelphia taxpayers have other things for you to do.

I understand the humor. But this is still unprofessional.