Mariya Plekan’s lawyer, Andrew Stern, said she was trapped in the rubble of the Salvation Army building on Market Street for 13 hours. 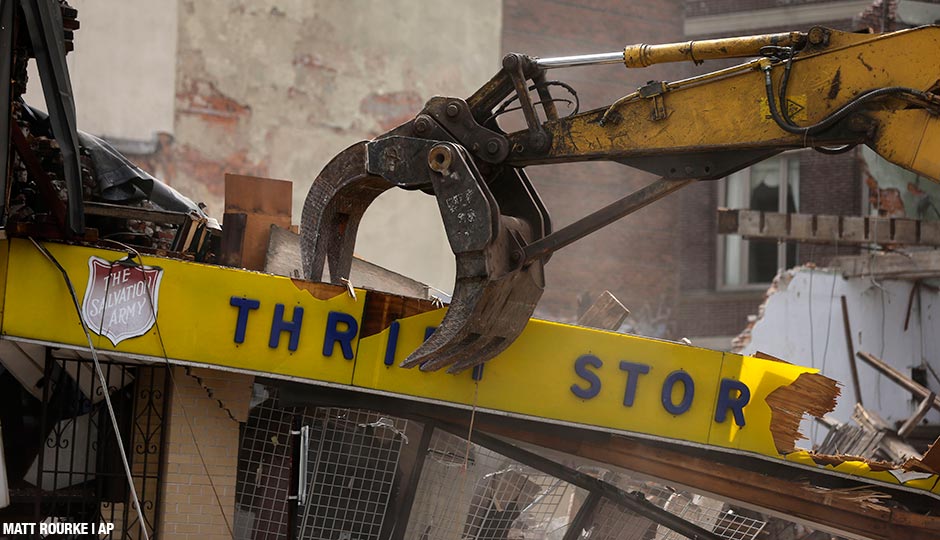 A woman who lost the lower half of her body in the 2013 Center City building collapse that left seven dead and a dozen injured has been awarded $95.6 million.

Mariya Plekan, a 52-year-old Ukranian immigrant, was trapped in rubble for 13 hours on June 5, 2013, the day a half-demolished building fell and crushed the Salvation Army store where she was shopping.

This past February, a $227 million settlement was reached in the collapse, following a lengthy trail which found all defendants in the case liable – including the Salvation Army; the late Richard Basciano, who owned the collapsed building; Plato A. Marinakos Jr., the demolition monitor; Griffin Campbell, whom Marinakos had hired; and excavator operator Sean Benschop.

Plekan will receive the most significant portion of the money, which is the largest personal injury settlement in state court history, according to a lawyer for the plaintiffs.

Andrew Stern, Plekan’s lawyer, told the Inquirer that Plekan had to undergo about 30 operations, including a “guillotine amputation,” lost her ability to speak and suffered kidney failure. Her future medical expenses will reportedly cost $50 million, and she will require 24-hour medical supervision for the remainder of her life.

“We take comfort that Ms. Plekan finally can obtain the appropriate skilled medical care she needs for the rest of her life, and that she has received just compensation for the gruesome injuries she sustained from this devastating tragedy,” Stern said yesterday, according to the Associated Press.