This 19-Year-Old Is Poised to Become a Pa. Town’s Mayor 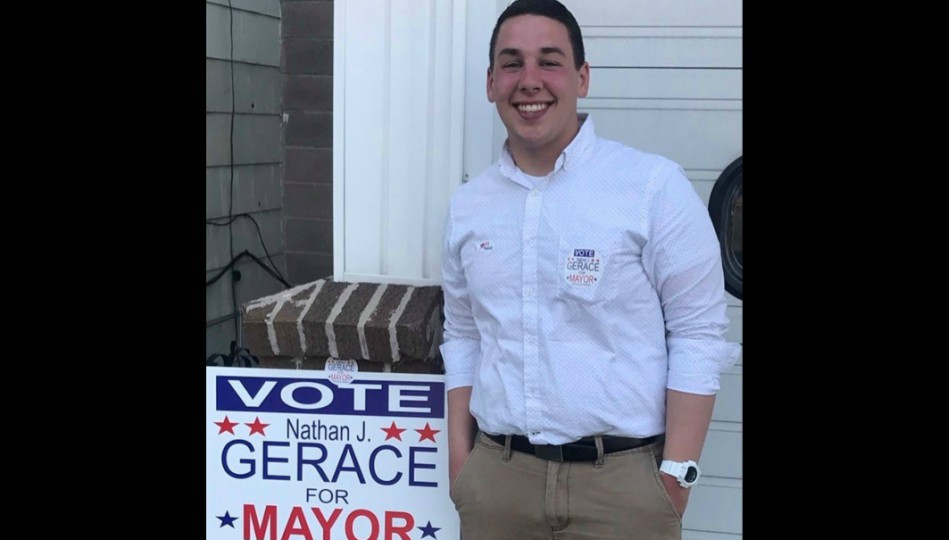 Here in Philly, we were a little surprised on Tuesday night when the city chose two anti-establishment candidates at the Pa. primary.

Meanwhile, out in Schuylkill County, the borough of Tamaqua picked a 19-year-old to become its likely next mayor. Nathan Gerace, who is barely an adult, beat out two candidates to win the Republican nominee for mayor.

Gerace, a cashier and bartender, graduated from high school last year. He told WNEP-TV that he “worked very hard the last couple of months, try to meet people, get my name out there.”

He successfully defeated Christine R. Hartung, a 25-year member of the Tamaqua Area Zoning Board,  William F. Price Sr., a Tamaqua native and U.S. Navy veteran, according to the Times News Online.

With no Democratic candidate on the ballot for the general election in November, Gerace will likely become the borough’s youngest mayor. He plans to start college at Lehigh Carbon Community College in Tamaqua this fall and is mulling a presidential run about 18 years from now, according to WNEP-TV.

According to one Tamaqua resident, Gerace can’t “do worse than the clowns running things now.”