The event is scheduled to be held at an undisclosed Quarryville location on Saturday, according to a local chapter's website. 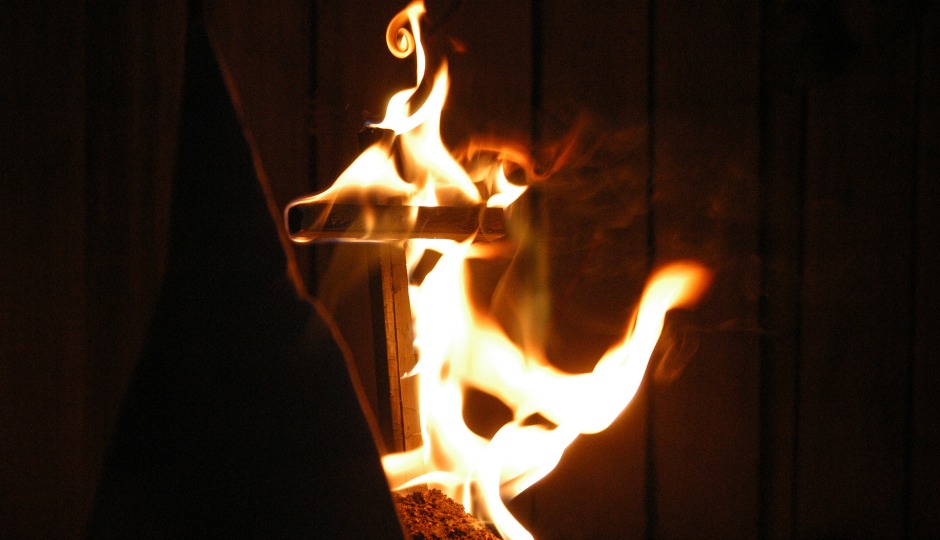 A chapter of the Ku Klux Klan is planning to hold a cross-burning rally in Lancaster County this Saturday.

The East Coast Knights of the True Invisible Empire, a national hate group with Wilkes-Barre connections (per the Southern Poverty Law Center), is behind the event, which could be held in an undisclosed location in Quarryville, according to the group’s website.

A post on the group’s online forum claims the event could be “one of the biggest cross lightings in a long time … I believe we are making at least a 40 foot cross. We will be bringing other Klans into the Alliance.”

Several counter protests have been arranged for Saturday, including a teach-in event planned by a Franklin & Marshall professor and a demonstration organized by the The Other Church Lancaster, which will convene between 3 and 5 p.m. outside the Lancaster County Court House.

“For those of you who are unaware, the Klan attempts to stir the pot and test the waters in Lancaster every few years,” The Other Church Lancaster said in a Facebook post about the counter-rally. “They are clearly feeling emboldened with the climate of the country as it is today. Our voices must be included in a resounding statement that there is no place for hatred here – in our county, in our country, or in the world.”

Quarryville police Chief Kenneth Work told LancasterOnline that his department is aware of the possibility of a rally but has “no concrete information that any group is coming,” according to LancasterOnline, which reports that an undisclosed source claiming to be part of the Klan said between 100 and 200 people are expected to attend the “closed ceremony.”

In a statement, Republican Rep. Llyod Smucker said there is “absolutely no place for the KKK, or any KKK-affiliated groups, in our communities, and I condemn this group and its actions in the strongest possible terms.”

Let me be clear: There is absolutely no place for the KKK, or any KKK-affiliated groups, in our communities. pic.twitter.com/czt14T9hS5

KKK flyers have recently been discovered in several local towns, including Maple Glen in Montgomery County, where police said they were investigating after posters were found littering neighborhood driveways earlier this week.