Wolf: Leftover DNC Money Should Have Gone to Taxpayers 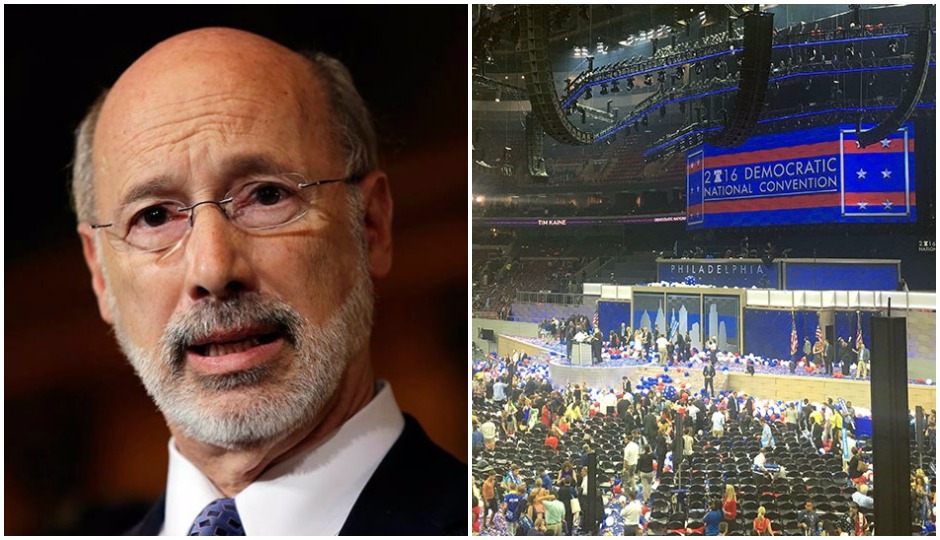 Gov. Tom Wolf says he is “disappointed” with how the Philadelphia 2016 Host Committee of the Democratic National Convention spent funds left over after the event.

Last week, it was revealed that the host committee handed out more than $1 million in bonus checks to staff in November. The 12-person crew had raised more than $85 million for the four-day event held last summer – significantly more than its $60 million goal. Other than the bonus checks, some of the leftover funds were used for a $750,000 donation to the Philadelphia School District’s Right Books Campaign and for several $10,000 grants to various nonprofits.

But in a statement issued yesterday, Wolf said the committee should’ve prioritized taxpayers, who footed the largest portion of the event’s bill: $10 million.

“I am disappointed that when the host committee discovered there was a surplus, the first call was not to the commonwealth of Pennsylvania to discuss returning the money to the taxpayers,” Wolf said in a statement. “The commonwealth supports large events that have an economic benefit to Pennsylvania and the region, but when there is leftover funding, that money should be returned to taxpayers. I am disappointed that the surplus was instead spent on bonuses and grants.”

The bonuses included a $310,000 check for the committee’s executive director, Kevin Washo, and a $220,000 check for its chief finance officer, Jason O’Malley. The money was offered on top of employees’ monthly salaries, which fell between $4,000 and $13,000, according to Philly.com.

Wolf will ask Pa. Auditor General Eugene DePasquale to review how taxpayers’ $10 million was spent on the convention – though an earlier independent audit claims that the grant was spent in compliance with a contract between the state and the committee.

In a statement issued yesterday, Host Committee spokesperson Anna Adams-Sarthou referred to the audit and said the committee is “confident in our accounting and the fact that we spent the state money appropriately.”

Adams-Sarthou claims none of the grant money was used on bonuses. Former Gov. Ed Rendell, who approved the bonuses, said they had been promised to committee members ahead of time (provided that the committee raised more than enough funding for the event) to compensate for what he saw as low monthly salaries.

Rendell said Washo’s $310,000 bonus was offered to cover time he spent doing volunteer work before Philadelphia was selected as the DNC host city in 2015. But according to Philly.com, Washo was employed and paid by a political consulting firm that worked to help bring the convention to Philadelphia during that time.